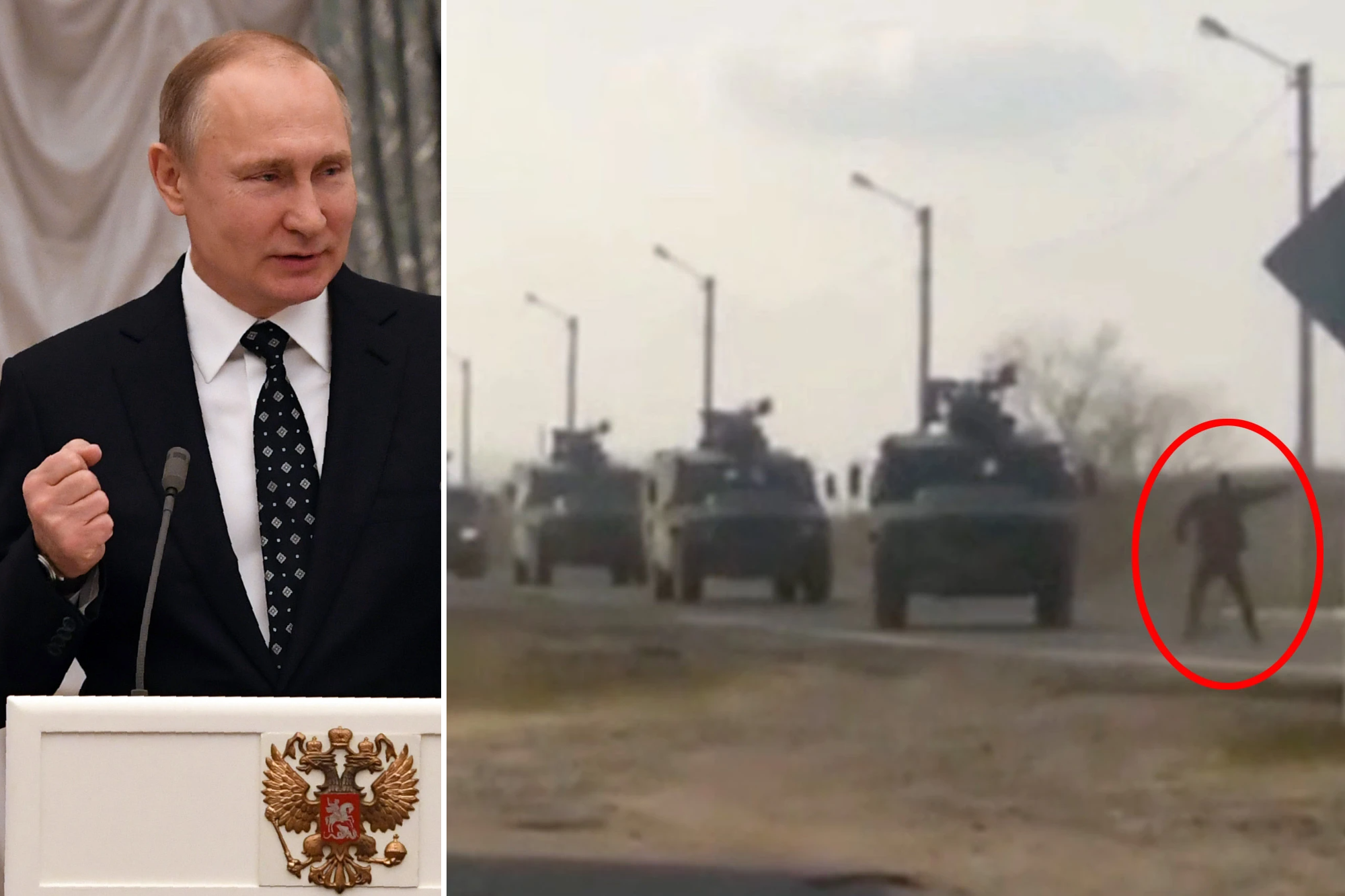 From the right: Vlad’s Plan — and How To Stop Him

“For all his caginess,” Vladimir Putin is “more or less predictable,” argues Victor Davis Hanson at American Greatness. His aim? To “reclaim the prestige and power of the former Soviet Union.” How does he accomplish that? “First, Putin moves on neighboring former Soviet republics when the world price of oil is high, and his coffers are full. So he went into Georgia in 2008 and into Eastern Ukraine and Crimea in 2014.” Second, when we appear weak and eager to appease, he’s “emboldened.” Third, “when NATO is in disarray,” he turns aggressive. Still, there are ways to deter him, such as by pumping lots of oil, prodding NATO to bolster its defenses and Germany to stop enriching” him and ending appeasement.

From the left: A New Message Won’t Save the Party

“All sides” agree that Democrats are “losing the culture war,” moans Jeff Greenfield at Politico. But “a simple shift in messaging” won’t be enough to save them in November; it’ll take “deeds, not words,” to fend off a “disaster.” And Dems’ “internal debate” provides more cause for “skepticism”: Their ideas for dealing with inflation and crime, for example, “don’t sound likely to have voters responding: ‘Oh… okay, never mind.’ ” A change in “rhetorical tools” matters less than a focus on “events on the ground”: If “masks come off and schools stay open, if inflation is tempered, if the spike in crime fades . . . if there are significant infrastructure projects” to celebrate, that will “spawn effective ‘messaging’ ” — not clever “catch phrases.”

Ex-prosecutor: A Legal ‘Opening’ for Trump

At National Review, Andrew McCarthy isn’t surprised by reports that Manhattan DA Alvin Bragg may have doubts about prosecuting ex-President Donald Trump. “All indications” suggest a case would be weak, and the progressive DA doesn’t need a “headline war” with Trump “and the New York Post” over pursuing him while setting “hardened criminals” free. Federal prosecutors would’ve moved if there was “a juicy” case to be made — but didn’t. And though state AG Letitia James may be “escalating” her probe, she might ultimately fear being accused of political bias, since she “campaigned on scorching the earth to nail Trump.” Trump’s “not out of the New York woods just yet,” but he can now hope “a clearing has opened before him.”

Libertarian: Gov’t Will Get Away With COVID Sins

“Someone recently asked me when Congress would hold hearings to ensure the accountability of government officials who faltered during the pandemic,” notes Veronique de Rugy at Reason. Who’ll be held accountable for “lockdown policies that were in retrospect poorly designed, ineffective, and incredibly costly?” Unfortunately, no one. “More depressing yet is the fact that even if hearings were held and a consensus was reached over major mistakes, it would likely change nothing”: Even “when a particular program is unanimously flagged as wasteful or underperforming, it will almost certainly continue to be funded.” Sadly, people may demand change, but “they have little to no power over unelected bureaucrats.”  And this “will never change until we shrink government’s size and scope.”

Schools watch: The Fight for Transparency’s a Winner

“The debate over America’s public schools,” reports Chris Rufo at City Journal, “has shifted to a third phase: curriculum transparency.” Teachers’ unions have rallied members to state capitols to protest it; the NEA “is fighting to block parents from knowing whether its members” are using critical-race-theory materials in schools. Rights groups like the ACLU “have also moved to block greater transparency.” But conservative lawmakers shouldn’t be deterred,  because “parents have the right to know” what their kids are being taught. Besides, transparency’s “a political winner,” with the race “now on to see which governor will become the first” to make it law. The ultimate goal: “to restore trust in the school system and provide families with a mechanism for accountability.”

Canada Has Become a Tyranny of the Majority