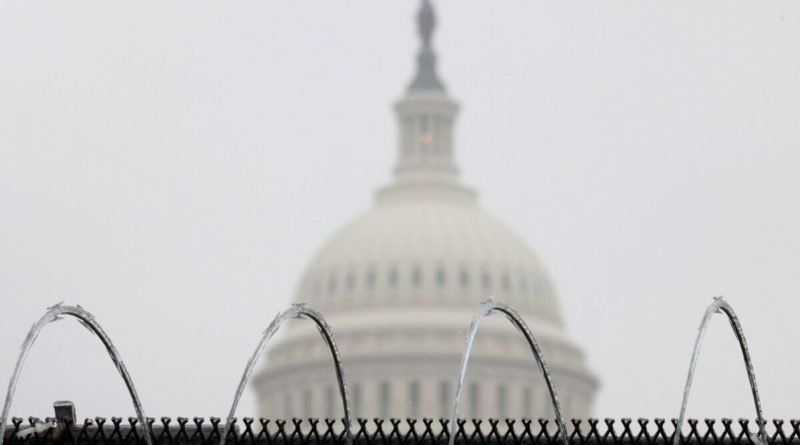 Nearly 50 years ago, writing in the first daily newspaper that I partially owned, in the modest Canadian city of Sherbrooke, Québec, I often commented on American affairs, for our many readers in nearby Vermont.

There was no convincing evidence then, and isn’t now, that President Richard Nixon had broken any laws. At that time, there hadn’t been an impeachment of a U.S. president in over a century, and the only such prior occasion was the spurious impeachment of President Andrew Johnson in 1868, which failed by only one vote. That vote was cast by Sen. Edmund Ross, who was warmly praised for his courage in doing so by John F. Kennedy in his book “Profiles in Courage.”

Nixon was a traditional patriotic American, and in the same spirit that he declined to challenge the 1960 presidential election result when there was ample reason to question its accuracy, because he didn’t wish to immobilize the U.S. government at a critical moment in the history of the Cold War, he also refused to submit the country and the presidency to the indignity of an impeachment trial. While admitting serious errors but denying that he had committed crimes, he acknowledged that he had squandered his political capital and resigned in the national interest.

I also wrote at that time that there was a great danger that the act of impeaching the president could become addictive and intoxicating. As of this week, the Republicans, with the small majority they will possess in the House of Representatives, have already announced that they will be investigating the financial dealings with foreign countries of the Biden family. The day after this announcement, a few hours after confirmation of the Republican majority in the House, Attorney General Merrick Garland announced he was appointing a special counsel to determine whether former President Donald Trump should be indicted. This memorably unspontaneous announcement came three days after Trump announced that he would be seeking reelection.

America has thus arrived at precisely the point that I feared nearly 50 years ago: Each party is investigating with a view to legally destroying the president and likely presidential candidate of the other party.

American politics have been degraded to the point where both sides are attempting to use the criminal justice system and the opportunity to smear political opponents with allegations of criminal behavior as a substitute for normal civilized electoral politics as envisioned by the authors of the Constitution and as generally practiced in most democratic countries—and in the United States until the Watergate debacle in 1973–4.

It wasn’t just Nixon’s scrupulous resignation that has incited enthusiasm for impeachment by parties in opposition. The principal Watergate media players touted themselves with showers of journalistic awards and became intrepid heroes of the free press. They beset us yet on our television screens, undistinguished little men who shall be nameless. This lionization of the media accusers whetted the carnivorous appetite of the national political media. The Lord of the Flies bloodless assassination squads in the Department of Justice and the House of Representatives judiciary committee were mesmerized and fell in with the media big game hunters of presidential impeachment. It’s a political disease that can be terminal and for which there is no known cure, and it’s now metastasizing throughout the American political system.

All presidential impeachment endeavors have been nonsense. Not only Andrew Johnson’s was unfounded. Watergate was an inconsequential forced entry of which Nixon knew nothing. The cover-up was a myth: Nixon dutifully handed over everything that was asked. There was an attempted approach to impeachment in the fatuous Iran-Contra matter in the Reagan era, but the national security adviser, Adm. John Poindexter, took the bullet for President Ronald Reagan. The administration had circumvented congressional guidelines on counter-guerrilla activities in Central America, but the constitutionality of that legislation was never tested. The special counsel, Lawrence Walsh, ran amok and indicted former Defense Secretary Caspar Weinberger, who fortunately was pardoned by President George Bush Sr. before the proceedings could get too far. Bill Clinton probably lied to a grand jury about extramarital sex, but the Senate rightly concluded that this fell far short of the “high crimes or misdemeanors” the Constitution requires for justified impeachment of a president.

The two Trump instances were the most asinine of all. As senior law enforcement agent of the country, he was entirely within his rights to ask the president of Ukraine if the Bidens had engaged in improper activity in his country. Trump was not asking for a pre-cooked verdict; he was seeking the facts. The second impeachment, attempting to remove him from an office from which he had already retired at the end of his term, was based on the falsehood that he attempted to promote an insurrection or even a criminal trespass at the U.S. Capitol on Jan. 6, 2021. Despite the customary frenzied prosecutorial effort to produce some evidence of the former president’s wrongdoing, none has been unearthed.

Garland excavated a new depth of partisan implausibility in announcing the appointment as special prosecutor of the experienced Jack Smith when he said that the step was necessitated because Trump’s statement that he would be seeking reelection created a conflict of interest for the attorney general. He had bravely faced down a much more glaring conflict in declining for two years to appoint a special counsel or prosecutor in the investigation of what appears to have been seriously scandalous financial skulduggery conducted over many years by the Biden family in a variety of foreign countries, some of them quite unfriendly to the United States. Trump’s former attorney general, William Barr, helpfully informed the media that the Justice Department might have enough to indict Trump under the Espionage Act for unlawful retention of confidential papers. U.S. prosecutors indicting with anything but the idea that Trump violated the Espionage Act is the most unspeakable bunk circulated in Washington since the piping days of the Trump-Russia collusion fraud.

From all appearances, the administration is presided over by a virtual larceny-crime family, and the Democrats are incapable of even coexisting with Donald Trump without simultaneously hobbling him with a spurious investigation that the synchronized Trump-hating myth-makers of the national political media can amplify until the windows shatter throughout Washington.

The Republicans will get raw meat from their investigation of the Biden’s finances, but they will not generate any indictments from Biden’s Justice Department. Prosecutors can convict any Republican of anything in Washington D.C., but if they charge Trump under the Espionage Act or the events of Jan. 6, 2021, as far as a serious court, it will be a self-inflicted disaster by the Democrats that will last for decades.

The best that can be hoped for is that this Armageddon of politicized justice will cure the American political class of its addiction to partisan criminalization for a long time. 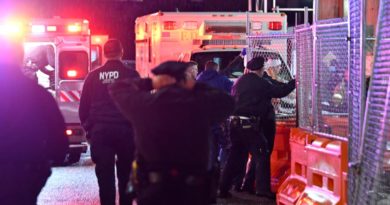 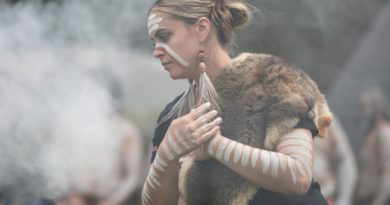 How Will the ‘Voice’ Contribute to ‘Reconciliation’?