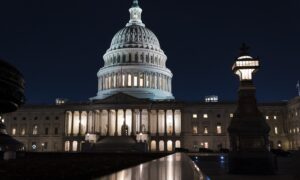 In the first few months of 2021, we have seen many American institutions (such as Dr. Seuss) go by the wayside. Could the filibuster be next?

It sure seems so, at least according to many prominent Democrats and thought leaders on the left.

For instance, Senate Majority Leader Chuck Schumer (D-N.Y.) thinks the filibuster should be put on the proverbial chopping block. In a recent interview with MSNBC’s Rachel Maddow, Schumer said eliminating the filibuster is “on the table.”

Schumer is far from the only Democrat who has recently come out against the age-old filibuster.

Rep. Ilhan Omar (D-Minn.) also voiced her disapproval of the filibuster when she recently wrote in a tweet, “Abolish the filibuster, and let’s pass bold, progressive legislation to deliver on our promises.”

Indeed, the list of those on the left who currently favor eliminating the filibuster is long.

Interestingly, many of these same politicians and pundits had the total opposite view on the filibuster just a few years ago.

In 2017, dozens of Democrats signed a bipartisan letter with the single aim of maintaining the filibuster.

According to the letter, “We are mindful of the unique role the Senate plays in the legislative process, and we are steadfastly committed to ensuring that this great American institution continues to serve as the world’s greatest deliberative body. Therefore, we are asking you to join us in opposing any effort to curtail the existing rights and prerogatives of Senators to engage in full, robust, and extended debate as we consider legislation before this body in the future.”

Coincidence? I think not.

And where did the Founding Fathers fall on the filibuster issue? Well, we know they intended the Senate to be more methodical and deliberative than the U.S. House of Representatives.

According to the U.S. Senate website: “Writing to Thomas Jefferson, who had been out of the country during the Constitutional Convention, James Madison explained that the Constitution’s framers considered the Senate to be the great ‘anchor’ of the government. To the framers themselves, Madison explained that the Senate would be a ‘necessary fence’ against the ‘fickleness and passion’ that tended to influence the attitudes of the general public and members of the House of Representatives. George Washington is said to have told Jefferson that the framers had created the Senate to ‘cool’ House legislation just as a saucer was used to cool hot tea.”

And how has the U.S. Senate typically cooled the hot tea from the U.S. House of Representatives over the past few hundred years? By invoking the filibuster.

In general, the filibuster is one of the many necessary checks and balances throughout our government. It protects the rights and desires of the minority party. Furthermore, it prevents a legislative steamroller when one party holds both houses of Congress and the White House.

Finally, given the deep partisan divide that exists in America right now, this could quite possibly be the worst time to forgo the filibuster.

In many ways, the republic is teetering on the brink. Eliminating the filibuster would only add fuel to the partisan fires. Furthermore, it would undermine our nation’s sacrosanct legislative process and move us further from a republic and closer toward a direct democracy.

Chris Talgo is senior editor at The Heartland Institute.

Why Putin doesn’t fear sanctions and other commentary