Many people expected a “Red Wave” of Republicans sweeping into office in November—and Tom Patti, a Congressional candidate in Stockton, California, was one of those set to ride it to victory. But it didn’t happen, leaving dozens of Republican candidates, like Patti, wondering what went wrong.

I was a senior advisor to the Patti campaign. And as I suspect with so many of the House races Republicans expected to win, this race was lost due to numerous unforced errors by Republicans.

Patti, a sitting San Joaquin County Supervisor and local businessman, was designated by Leader Kevin McCarthy as a “Young Gun.” This designation is given to candidates who have raised a certain amount of money and who are in a district targeted to flip from Blue to Red.

As a Young Gun, the candidate is supposed to receive substantial resources from the state and national party. This was part of the “Take Back the House” effort, as McCarthy termed it at campaign events in support of these candidates. But the support never came. Here is how it unfolded.

Patti’s opponent was two-term Congressman Josh Harder (D-Calif.) representing District 10 before redistricting. Allegedly at the direction of Congresswoman Nancy Pelosi (D-Calif.), he moved into the 9th District just in time for the election.

Harder was an Ivy League millennial and San Francisco venture capitalist. Congressional District 9 consists mostly of farmland and waterways. Not exactly a match. But incumbents raise money much easier than challengers, and thanks to him being near Pelosi’s district, he had plenty of money. In early 2020 he already had over $7 million in the bank.

For a challenger in a rural part of the state, Patti’s campaign did extremely well at fundraising, bringing in about $1.5 million. But without the additional funds promised, he would not have a chance.

Harder began spending millions early on TV, radio, billboards, and mailers with the assertion: “Supervisor Patti: Under Investigation for Bribery.” In fact, the investigation had concluded months before the election, and it was revealed six weeks prior that there was no merit to the allegation.

Despite the claim becoming provably false, Harder did not stop the ads, and Patti did not have the money to respond.

Local liberal media mostly ignored the story, even when we discovered that the false bribery allegation came from Harder’s own staff person (a tactic taken directly from Hillary Clinton’s “Steele Dossier” playbook). As one reporter facetiously said when we presented the story, “Politicians lie, news at 11.”

The top two issues for Republicans were gas prices and inflation. Democrats knew the polling on these were terrible for them. So, Harder’s early ad barrage blamed Patti for high gas prices and inflation! He nicknamed him “Pay More Patti,” even creating a website under that name. He claimed Patti voted to raise the gas tax. This was false, as it was the California State Legislature, not the county, that raised the tax. To its credit, the Sac Bee fact-checked the claim. But rather than calling it out for the lie that it was, it merely said the assertion was “taken out of context.”

This did not stop Harder from continuing to run the ads, nor did our cease-and-desist letter. Because of Harder’s early branding of Patti as the taxer and spender, many thought Harder was the Republican! Again, without the money to counterattack, Harder was free to continue the smears and lies.

Harder even pretended not to be a sitting Congressman to avoid responsibility for the last two years. On the ballot, rather than identifying himself as a congressman as is customary, he listed “Father” (as if impregnating a woman is a qualification) and “Agriculture Committee Member” (as if that is a real job).

Harder was on the record stating he supports the right to abortion, without restrictions, right up until the time of birth. This is an extreme position supported by only 13 percent of Californians, according to a recent poll. But Patti was unable to effectively call him on this, because California had a major ballot initiative implementing precisely that with widespread support (it passed by a whopping 34-point margin). Californians were mostly unaware how extreme the measure was, understanding it only as a pro-choice initiative.

Harder’s ad barrage included claiming Patti opposed abortion under any circumstances, even in the case of rape, incest or life of the mother. The claim was false; Patti was a moderate on the issue. Harder based his claim solely upon the fact that an organization, Californians for Life, endorsed Patti, and that was their position. Again, Patti did not have the money to refute the claim.

But even if he did, responding would not necessarily help him. Patti lost just as many votes on the right for not being sufficiently pro-life as he did independents for not being sufficiently pro-choice. We heard many say they simply would not vote for Patti on principle because of his moderate abortion position. As a result, they get a Democrat who is far worse on abortion, as well as a host of other issues important to the religious right, like family values, schools, individual liberty, and crime.

However, there remains a very strong minority of Republicans who are ardent Trumpers, still focused on fraud in the 2020 election. This was led by the California Republican Assembly, an influential and staunchly conservative group. During the campaign, they knocked door to door, not in support of their Congressional candidate Patti, but to collect affidavits from people who voted for Trump in hopes of finding fraud in the 2020 election. The California Republican Assembly refused to endorse Patti in part because he was not on sufficiently board with election fraud claims. Like many on the religious right, many Trumpers also no doubt chose not to vote for Patti, thus helping to hand the election to Harder.

Of all the issues that went against Patti, this may have been the most significant, and again the Republican Party failed. In California, as in a handful of other states, every registered voter receives a live ballot in the mail 30 days before election day, regardless of whether it was requested. Thus, voting began before Patti was in position to run a single ad.

California Democrats fully take advantage of this system. They have the volunteer manpower, coming from labor unions, activist socialist groups, and 18 to 30-year-old’s who are overwhelmingly Democrats. They also have the money to hire non-profits who pay people to knock on doors and collect ballots. This is legal in California. They are even permitted to suggest the person vote for Harder as they fill out their ballot. Busloads came from Berkeley into known Democrat areas in our district.

We did not have such resources or game plan. There was no coordinated Republican registration or get-out-the-vote campaign for the district, let alone to collect ballots.

The other problem is even if Republicans had a plan to collect ballots like the Democrats did, most Republican voters would likely have told us to “get off my lawn!” We consistently got feedback from Republicans stating they would not vote by mail, only on election day, because they do not trust the system. It rained on election day. Did they all still come out and vote? We know we overwhelmingly won “day of” voting, but this consisted of only 15 percent of total votes cast. Until Republicans learn to play by the new rules, they will continue to be underrepresented in vote totals.

What Happened to the Money?

Despite being a Young Gun, in a targeted district, and having been promised financial support, Patti received no money from McCarthy’s Congressional Leadership Fund or the National Republican Campaign Committee, which collectively spent over $300 million. Patti raised money, and his donors gave with, that expectation.

In the end, Harder and the Democrats outspent Patti about 10-1. Patti lost by nine points. Meanwhile, the Republican candidate for Governor, Brian Dahle, beat Gavin Newsom by three points in the district with no money spent there by either. Thus, the district was winnable. With just $1 million, Patti would have been able to counter the lies and have a chance to win. And it would have made all the donors feel better.

All of this raises serious concerns for Republicans in 2024. In districts like Patti’s, it will be extremely difficult for the next Republican candidate to raise money, with donors feeling burned by what happened in 2022. And the Party must get their voters to come together in support of their candidate. The time to hash out differences and determined the candidate is the primary. Once chosen, Republicans must actively and passionately support their candidate, otherwise the far-left wins again.

James Breslo is a civil rights attorney and host of the “Hidden Truth Show” podcast on TuneIn. He was formerly a partner at the international law firm Seyfarth Shaw and public company president. He has appeared numerous times as a legal expert on Fox News and CNN.

Putin Wakes Up the Western Ostrich 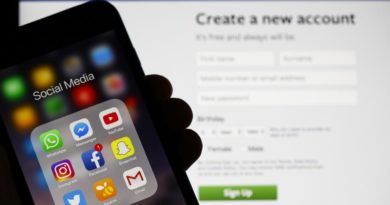 How Big Tech is crushing our free speech