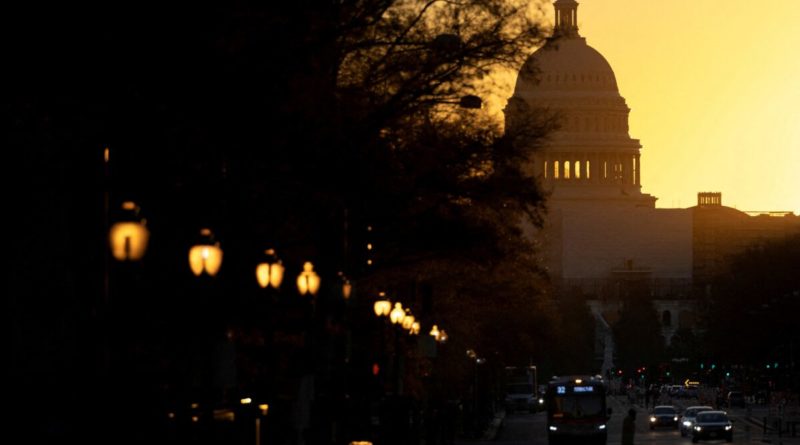 Gloom is always annoying and almost never the best response to even the most upsetting developments. It’s always psychologically better and a more efficient response to negative facts to try to design around them and get back to a positive sequence of objectives, no matter how tortuous and challenging.

Sometimes reflexive and uninformed cheerfulness is useful as a momentary palliative, but it swiftly descends into a make-believe optimism that is bound to be disappointed. That seems to be where much of the Republican response to the midterm elections has settled.

Those of us who are appalled by the weakness, incoherence, corruption, and hypocrisy of the Biden administration would do better to recognize the implications of the disaster in the midterm elections and the extent of the task that confronts those—apparently a significant majority—who believe that Bidenism is a straight boulevard to catastrophe.

Whatever else may be said of Donald Trump, he represented a shaped-up Western alliance fully armed and determined to prevent continued Chinese advance at the expense of the West; effective opposition to North Korea and Iran as nuclear powers; and a determination to reverse the erosion of America by the admission of countless millions of migrants partly masking the smuggling in with them of unfeasible quantities of lethal drugs. He also represented the celebration of the unifying American nationality over atomizing inflamed groups protesting multifarious forms of victimhood: self-serving nihilists gnawing at the bowels of America and denigrating virtually all of its characteristics and traditions.

Trump supported rational limits to the treatment of climate change: He continued to compel the reduction of environmental pollution while eliminating oil imports and recognizing the economic insanity of excessive and over-hasty promotion of energy sources that are deemed to be sustainable but are, in fact, inadequate in themselves and economically profoundly unsustainable. America has apparently chosen Biden over Trump twice, a grievous self-issued verdict.

It was widely believed prior to the midterm elections that the fact that three-quarters of Americans believed the country was headed in the wrong direction under the current administration, and disapproved of that administration by a substantial majority, would assure that a sharp course correction would be imposed by the voters.

The principal fact to emerge from these elections was that the well-founded disapproval of this hapless and, at times, malevolent administration was effectively equaled by a confected, defamatory fear that a return of Donald Trump would plunge the country into chaos, violence, racism, and intolerable indignities.

When President Joe Biden said, “Character is on the ballot,” he meant Trump’s character—although Trump wasn’t on the ballot, and the most relentless pseudo-legal persecution ever inflicted on an American president (apart from Richard Nixon) hasn’t revealed any lawbreaking.

A reasonably informed person could be forgiven for imagining that the likely crimes of members of the Biden family in abusing Joe Biden’s official position might be taken into account by many voters, but there’s no sign that they were.

If the ability of the Democrats and the near-monopoly of their doppelgänger mouthpieces in the national political media can sell the toxic miasma of Trump-hate on a scale that neutralizes the general recognition of the failure of the Biden administration, the entire future of the country is imperiled. The political deterioration in Great Britain and some other major Western countries also incites concerns that have obviously been recognized and are being exploited by China—that Western civilization is entering a death plunge of internal rot and decline.

It seemed a reasonable hope that the failures of the Biden administration in almost every field and the alarming trend of the most obvious indicators—economic breakdown and soaring crime rates—would motivate the country to seek a different result in the event of a presidential election rematch between Biden and Trump. The evidence of the midterm elections is otherwise, and the Republicans have only managed to accustom themselves to the dangerous practices of ballot harvesting in some states and not in others.

Unless Trump can, as he gave some indication of doing in his announcement of his campaign for renomination, convince a substantial number of voters that he’s a seriously renovated and less erratic political personality, there’s no reason to think he will do better in 2024 than he has in the last two elections. He can still meet these criteria, but it will require diligence and self-discipline.

The good point is that the majority still recognize that the country isn’t well governed and is in deteriorating condition. As always happens with large countries, the extent of their deterioration is substantially disguised. All of the country’s founders’ safeguards against unlimited spending have been discarded—gold or bimetallic currency, directly elected senators rather than senators chosen by the state legislatures and representing a federal interest, the Federal Reserve as a national bank, with the Interstate Commerce Clause vastly extended, and the emasculation of the Tenth Amendment residual powers allocation to the states and the people of prerogatives not reserved in the Constitution to the federal government. The administrative state passes 97 percent of all laws, and the House of Representatives’ authority over the budget has been reduced to a farce by omnibus bills. A politically corrupted Justice Department will ignore congressional subpoenas. The ability of district federal courts to legislate for the whole country will severely hobble any attempt to put the federal Humpty Dumpty back together.

With the tacit and sometimes eager collaboration of the organs of government, American society is being steadily diluted and degraded. In the current cycle, African-Americans had the LSAT removed, increasing their numbers at elite law schools. LGBT people have their logo representing the men’s and women’s World Cup soccer teams, and gay marriage is about to be federalized, with the Bible effectively reclassified implicitly as hate speech. Federal employees are paid to work from home, and state workers got inflation adjustments well above the private sector. The southern border is open.

Many elements of liberalization were favored and justified, but this process has no guard rails and leads to oblivion: Roe became safe, legal, and rare, and then partial-birth abortion, and then celebrate your abortion, and then no restrictions, no parental consent, and the horrifying temptations of infanticide. Gay rights became gay bars and became gay pride; civil unions became gay marriage and forcing participation in gay marriage and then banning Christian adoptions and the Drag Queen Story Hour. Commendable reforms outrun their utility. Federal spending and regulating are on an exponential curve.

What for centuries was quaintly referred to as voting day has become a vastly expensive months-long ground war of rounding up previously uninterested voters while the nation is carpet-bombed with harvested ballots. The Republicans still have a long way to catch up, and the media have taken a blood oath to hear, see, and speak no evil about (Democratic) election rigging.

For the majority who still believe in the traditional America, sensibly updated and cleansed of discrimination, the country is entering mortally perilous times. The midterms were a wake-up call, but has anyone awakened?

Fighting the Good Fight for Election Integrity in Franklin, Tennessee