When the Bush Administration announced in 2008 that Ukraine and Georgia would be eligible for NATO membership, I knew it was a terrible idea. Nearly two decades after the end of both the Warsaw Pact and the Cold War, expanding NATO made no sense. NATO itself made no sense.

Explaining my “no” vote on a bill to endorse the expansion, I said at the time:

NATO is an organization whose purpose ended with the end of its Warsaw Pact adversary …. This current round of NATO expansion is a political reward to governments in Georgia and Ukraine that came to power as a result of U.S.-supported revolutions, the so-called Orange Revolution and Rose Revolution.

Providing U.S. military guarantees to Ukraine and Georgia can only further strain our military. This NATO expansion may well involve the U.S. military in conflicts unrelated to our national interest ….

Unfortunately, as we have seen this past week, my fears have come true. One does not need to approve of Russia’s military actions to analyze its stated motivation: NATO membership for Ukraine was a red line it was not willing to see crossed. As we find ourselves at risk of a terrible escalation, we should remind ourselves that it didn’t have to happen this way. There was no advantage to the United States to expand and threaten to expand NATO to Russia’s doorstep. There is no way to argue that we are any safer for it.

NATO itself was a huge mistake.

When in 1949 the U.S. Senate initially voted on the NATO treaty, Sen. Roberg Taft—known as “Mr. Republican”—gave an excellent speech on why he voted against creating NATO.

Explaining his “no” vote, Taft said:

… the treaty is a part of a much larger program by which we arm all these nations against Russia …. A joint military program has already been made …. It thus becomes an offensive and defensive military alliance against Russia. I believe our foreign policy should be aimed primarily at security and peace, and I believe such an alliance is more likely to produce war than peace.

If we undertake to arm all the nations around Russia … and Russia sees itself ringed about gradually by so-called defensive arms from Norway and Denmark to Turkey and Greece, it may form a different opinion. It may decide that the arming of western Europe, regardless of its present purpose, looks to an attack upon Russia. Its view may be unreasonable, and I think it is. But from the Russian standpoint it may not seem unreasonable. They may well decide that if war is the certain result, that war might better occur now rather than after the arming of Europe is completed ….

How right he was.

NATO went off the rails long before 2008, however. The North Atlantic Treaty was signed on April 4, 1949 and by the start of the Korean War just over a year later, NATO was very much involved in the military operation of the war in Asia, not Europe!

NATO’s purpose was stated to “guarantee the safety and freedom of its members by political and military means.” It is a job not well done!

I believe as strongly today as I did back in my 2008 House Floor speech that, “NATO should be disbanded, not expanded.” In the meantime, expansion should be off the table. The risks do not outweigh the benefits! 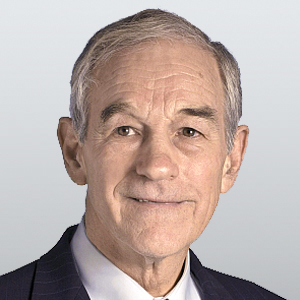 Dr. Ron Paul is a former member of Congress and distinguished counselor to the Mises Institute.

Fix Them With an International Tariff