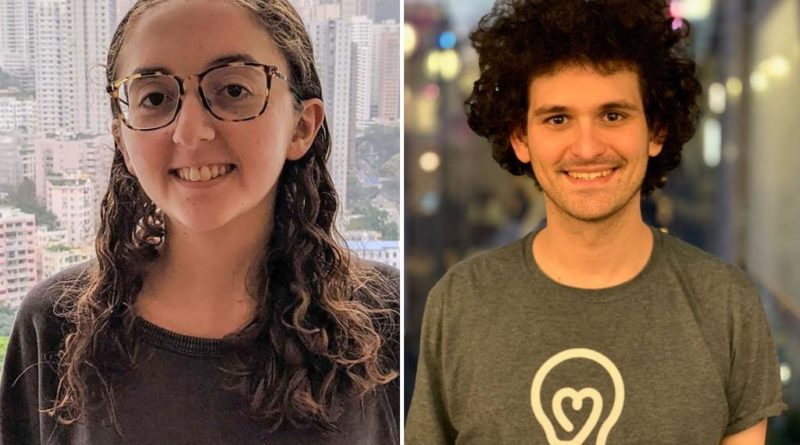 They were one part of a “Chinese harem polyamory” group set up in the Bahamas that mixed sex, pills and crypto. Now Sam Bankman-Fried and Caroline Ellison, the two executives at the center of the collapse of cryptocurrency firm FTX, appear to be turning on each other.

After Bankman-Fried suggested she might be to blame for a missing $8 billion in customer money, Ellison could be signaling she’s willing to flip on her old boyfriend with the hiring of the law firm Wilmer Hale.

Top white-collar attorneys point out that Wilmer Hale is among the most politically connected white-collar law firms in the country. It has a reputation for cutting deals with the Manhattan US Attorney’s office, itself the country’s premier prosecutor of business-related crimes.

“The scoop in white-collar defense circles is that Ellison is weighing whether to turn on (Bankman-Fried) and looking for a plea,” said one top attorney who has worked in law enforcement. “This firm is known to specialize in these deals.”

Ellison’s hiring of Wilmer Hale comes as the Manhattan US Attorney’s office has been scrambling to bring criminal charges against those responsible for what may be the biggest fraud in industry’s history. In early November, the once-popular crypto exchange FTX filed for bankruptcy as billions of customer funds held in supposed secure accounts went missing.

Ellison and SBF also face civil fraud charges from the Securities and Exchange Commission, but the more serious case comes from federal prosecutors; both Ellison and SBF could face years in jail if charged and convicted.

Prosecutors are investigating if the FTX customer funds were misappropriated and used to make up losses in an affiliated prop-trading fund known as Alameda Research.

The cratering of FTX and Alameda sent shockwaves throughout the $1 trillion crypto business with prices of digital coins zig-zagging and Congress demanding heightened regulation. Billions of dollars in customer money remains missing from FTX as a bankruptcy trustee attempts to sort through the convoluted holdings of SBF.

Bankman-Fried, meanwhile, has been on a media tour of late, telling selective news outlets that he still doesn’t how as much as $8 billion in customer funds have gone missing, but conceding that he didn’t have all the proper controls in place to prevent the disaster.

The House Financial Services Committee on Tuesday will be holding the first what will likely be many hearings on the FTX debacle. In recent weeks, SBF has stated he really didn’t spend much time on the trading of Alameda, suggesting to some white-collar lawyers he was looking to paint his former girlfriend as the culprit of its demise and the missing customer money.

But Ellison appears to be making moves that show she could turn the tables on the Bankman-Fried, who was once worth close to $20 billion and built a cult following among members of the media and celebrities for his charitable giving and unorthodox, often shambolic appearance.

In China, the Pot Is Calling the Kettle Black