In the United States, we have the right to remain silent. That is, unless you are a celebrity, a major corporation, a professional sports league or almost any other public entity when a social-justice panic occurs.

Any time the national spotlight lands on alleged racism or sexism or any ism, “silence is violence” and everyone with a platform must say all the right things, even if those things are ridiculous.

This is how Disney wound up in a cultural firestorm after a small group of employees demanded the company commit a hair-on-fire attack against Florida’s popular parental-rights legislation. Back in March, CEO Bob Chapek wisely said he didn’t want to wade into the issue and make the Mickey Mouse brand a “political football.” But then he caved to the loud lefties, the Disney stock fell off a cliff, and people all over America started rethinking vacations and streaming bundles.

We saw this in the wake of the George Floyd protests when the NBA and the NFL went all in on BLM. Black Lives Matter was emblazoned everywhere, and rich donations proffered that we now know went to buy a luxury mansion for the group’s founders. Rather quickly, ratings plummeted — it turned out nobody really wanted their sports with a side of radical Marxism.

Examples of this virtue-signaling abound: Think of every horrible video with endless Hollywood celebrities profoundly and sincerely decrying whatever the outrage du jour is. The issue here isn’t really “cancel culture,” it’s whether we can have entertainment and corporate spaces that are free of politics.

This is part of a weird larger trend in corporate America in which it is no longer enough for companies to sell us soap and smartphones; they also must be saving the world, leading the way for cultural change or standing up to this, that or the other thing. Why? Why can’t they just sell us a widget and shut up?

The answer, until recently, has been that progressive public-relations stunts bought companies cred with the hyper-left at little cost. You could throw “love is love” into a commercial, throw on a colorful ribbon at the Oscars, and feel smug as you collected a paycheck.

Now that’s not enough. Activists and the Twitter mobs won’t accept it when businesses and cultural heroes don’t take a stand. You denounced that law in Kentucky, why won’t you do the same in Texas?

It’s hypocritical, of course, because the loudest voices in the room are screaming about Republican governors, but never call for a boycott of, say, Myanmar. And progressives are never happy with bland slogans of unity — they are increasingly pushing companies to oppose laws that most Americans agree with, including the Florida school curriculum one.

The end result will not be a pretty one. Conservative competitors will arise, as we see in many entertainment industries, and everything we purchase or consume will become a political and social statement. A world where you can buy the Democrat toothpaste or the Republican toothpaste or the weird libertarian toothpaste. It sounds exhausting.

Or: American corporations and entertainment can end this. They can stop moving sporting events because of @angrywokeguy’s tweets. They can stop arriving to award shows wearing enough ribbons to be a three-star general. They can just sell to us, play for us, entertain us.

No real people sit around thinking, “My goodness, that huge corporation says all the right things, what a good egg!” But real people do get exhausted by constant moralizing from the same Disney and NBA that are happy to cash in their 30 pieces of silver from Communist China despite the abject evil its government perpetuates.

Not everything is or should be about politics. The companies that remember that won’t just enjoy a fatter bottom line, they will do far more to help the country escape these endless culture wars.

David Marcus is a Brooklyn-based columnist and author of “Charade: The Covid Lies That Crushed a Nation.” 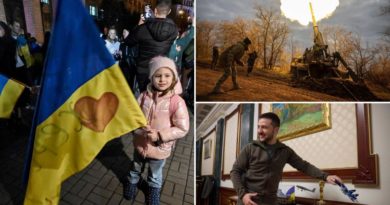 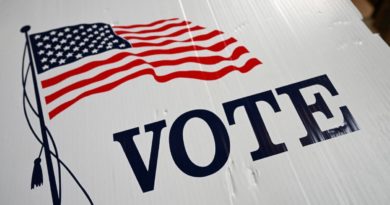