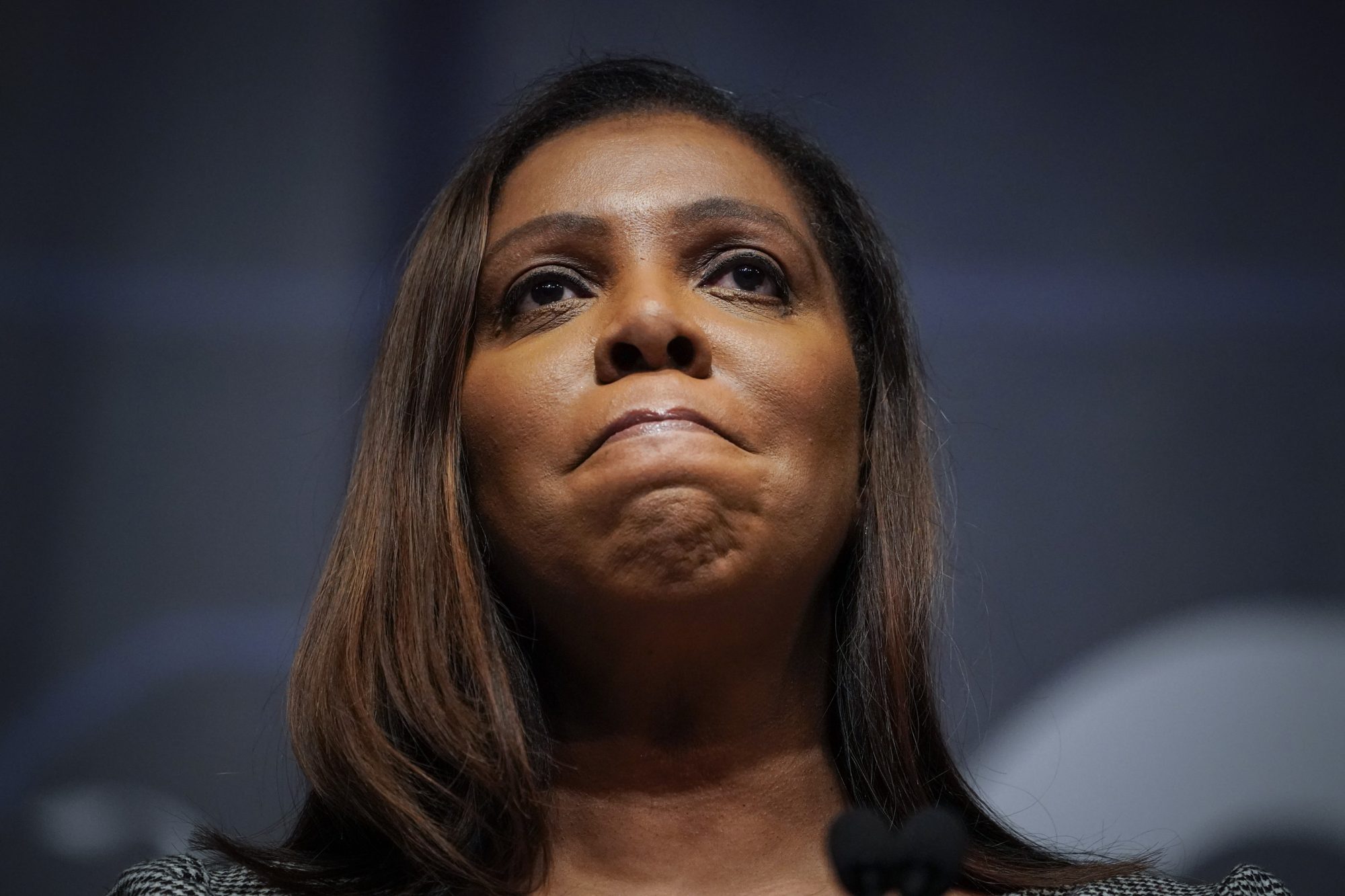 “New Yorkers are currently suffering through an epidemic of violent crime … and what is state Attorney General Letitia James doing about it?” asks AJ Caschetta at National Review. “Coming to the defense of the Council on American-Islamic Relations (CAIR) in its efforts to stop its own members from talking to reporters about the potentially illegal activities of the group’s leaders.” James calls simple investigative journalism into CAIR’s activities “infiltration,” treating the journalists in question like “a government entity rather than an investigative news organization.” And while “subway-pushers, gun-toting teenagers … and carjacking” plague New York, “James has used her office and political clout to make investigative reporters stop investigating and reporting while sticking up for a group with intimate ties to Hamas. Excelsior!”

“There is more than one way to dominate Ukraine,” warns David Knight Legg at The Wall Street Journal. Conventional wisdom says Vladimir Putin “has foolishly overreached,” but “under cover of the wider conflict,” he’s “taking full control of Ukraine’s vast, extremely valuable energy assets and intends to integrate them into the Russian supply chain on which Europe now depends.” Indeed, “this war is, or will default to, an energy heist.” If Putin keeps the territory he’s grabbed, he’ll “control all of Ukraine’s offshore oil, its critical ports on the Azov Sea, the Kerch Strait, 80% of the Black Sea coastline and all critical energy-processing and shipping infrastructure.”

Back when Congress was considering President Biden’s Build Back Better bill, recalls Carl Schramm at The Hill, Joseph Stiglitz and 16 other Nobel laureate economists assured us that all the new money being poured into the economy posed no threat of inflation. Their “presumed authority was used to give credence to the president’s continuously twisting storyline on inflation — that it was ‘transitory,’ good for the economy, a ‘high-class problem,’ Putin’s fault for invading Ukraine,” or the greed of oil and food companies. Surely they knew such excuses are “bogus” and inflation is a “tax” that falls most heavily on the poor. Yet “don’t expect a mea culpa” from Stiglitz & Co. any time soon: Economists know they “can be wrong, really wrong, and never pay a price.”

“Last December, Princeton University was slated to host an exhibition of 19th-century Jewish American artwork provided by Leonard Milberg,” notes Reason’s Robby Soave. But school officials objected to “the inclusion of artwork by two 19th-century Jewish Americans who had served as soldiers in the Confederate army during the Civil War,” and Milberg promptly pulled out. Why? Because it would have been impossible “to have an accurate show about 19th-century Jewish American art” without those artists. Yet “history is filled with flawed people who nevertheless made important contributions to literature, art, science and philosophy.” And the art had nothing to do with the Confederacy, but the university surrendered to its vice provost for “institutional equity and diversity” anyway, and “a vital learning moment was lost.”

“It has become clear over the past 14 months that the Biden administration has no interest in securing the border,” Chad Wolfe charges at the Washington Examiner. Its ending of Title 42 guarantees “an additional surge of illegal immigrants” after a year that “saw the highest number of illegal apprehensions on record.” And it’s “committed millions in taxpayer dollars to provide legal representation for migrants challenging their removal from the U.S.” The prez’s new budget plan “commits $4.5 billion in legal defense for illegal immigrants over the next 10 years.” And a recent shift in who judges asylum claims “will likely result in greater numbers of illegal immigrants with dubious claims of asylum being ushered into the U.S.” Sure looks like “chaos” by “deliberate design.”