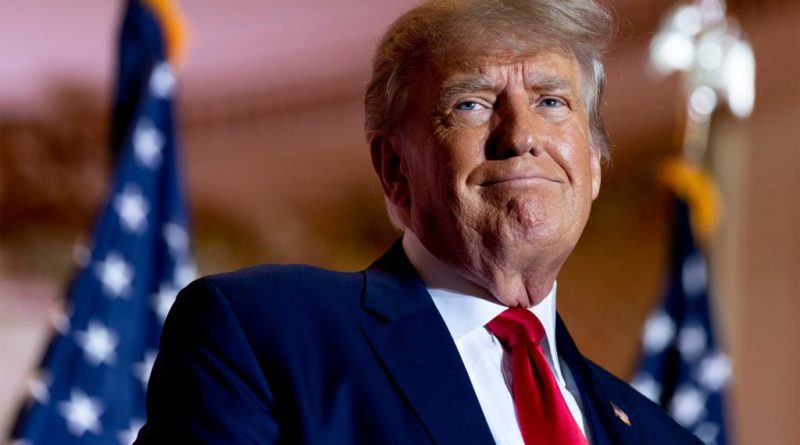 The New Republic’s Michael Tomasky wants Republicans to nominate Donald Trump for president in 2024. Why? “He’s become the most beatable” Republican, “by far.” If independents abandon Trump as they did his midterm candidates, there’s “no chance” he can keep the election even “close,” and his loss could push him “out of public life.” If the nominee is, say, Ron DeSantis or Glenn Youngkin, independents will vote against Joe Biden, or split evenly, making it “far, far more likely” the prez would lose. Worse, “the master narrative will be: The Republican Party has returned to planet Earth. The Republican Party is normal again.”

From the right: Stop the New Dependency Surge

“The Biden Administration is using the pandemic to expand the class of Americans who are permanent government dependents,” warn The Wall Street Journal’s editors. Medicaid enrollment has ballooned by 23 million since 2020. And Team Biden is fighting state programs that require beneficiaries to work, like one in Georgia meant to expand Medicaid eligibility. The food-stamp rolls have also “swelled” about 13%, “owing chiefly to the emergency suspension of work requirements.” “After the bipartisan welfare reform of the 1990s, labor participation rose, notably among single mothers.” Yet “too many politicians of both parties today want to expand government dependency. A top priority for House Republicans . . . should be to reverse the pandemic inflation of the welfare rolls.”

It turns out then-Mayor Bill de Blasio’s expansion of the “Discovery” back door for admission to the city’s four competitive-exam-entry high schools was illegal, Wai Wah Chin argues at City Journal, since New York law “states that Discovery programs must be run ‘without in any manner interfering with the academic level of these schools.’ ” That means “Discovery admits must perform academically at least as well as” those who win entry via the exam. Yet “the data show that this is not the case,” as Freedom of Information requests on Stuyvesant HS and Bronx Science reveal that Discovery admits score markedly lower on state Regents Exams than their peers. And since Blas upped Discovery to a fifth of all admissions, “necessary downgrades will seep through the entire school.”

Answering Rep. Adam Schiff’s demand for action “in response to an ‘unacceptable’ rise in bigoted slurs on Twitter,” Elon Musk countered that hate speech is “down by 1/3” on his watch. “What he should have said is that government officials in a free society have no business demanding the suppression of speech they do not like,” thunders Reason’s Jacob Sullum. The First Amendment bars Congress from “abridging” free speech, so Schiff and his Democratic colleagues “are trying to indirectly accomplish something that the Constitution forbids.” Fact is, Musk is “free to make any decisions he wants about content moderation” (which is more complex than Musk seems to think). So he should simply tell lawmakers “to mind their own business.”

Eye on defense: A Coming US ‘Hollow Force’

Even the $858 billion Defense bill moving through Congress risks the US military “becoming a 21st century version of the ‘hollow force’ that arose after the Vietnam War,” both “unfit and unready to fight,” warns The Hill’s Harlan Ullman. “Inflation is running at about 8-10 percent,” plus “internal real annual cost growth in the Pentagon is between 5-7 percent absent inflation.” So: “Unless annual defense increases of about 13-17 percent are approved just to stay level, the force will shrink in size and capability.” Meanwhile, “recruiting and retaining both military and civilian personnel in the DOD are in crisis” as the Army alone “is 30,000 short in this year’s recruiting goals” while the “Air Force and the Navy are in similar trouble.” Oh, and “the aims of the National Defense Strategy (NDS) are unachievable and thus cannot be executed.”