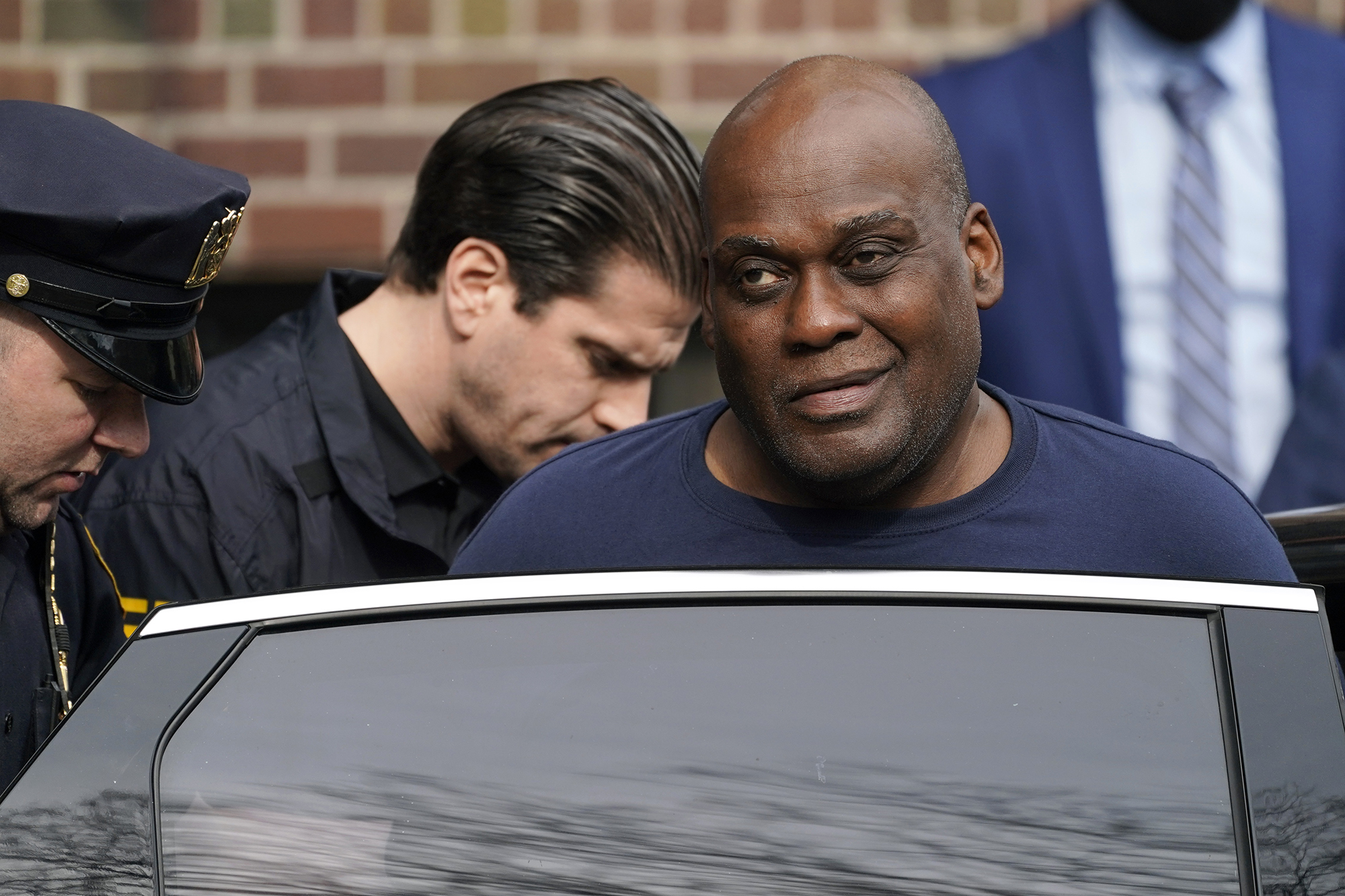 The Issue: The arrest of Frank James, the suspect in a mass shooting on a Brooklyn train, which injured 29.

Congratulations to the excellent police work of the NYPD in apprehending the Brooklyn shooting suspect (“Smirking terrorist,” April 14).

Sadly, their work was made more difficult because the cameras on the subway platform weren’t working. It has been reported that not one, but all the cameras in the vicinity of the shooting we’re not functioning properly. Why is that? Who’s responsible for that?

It’s a wake-up call. Now it’s time to make certain that all the camera equipment, which New York City installed for a purpose, is operational.

I do not understand how the governor and mayor get to credit and praise law enforcement for catching a terrorist who turned himself in.

Yes, the cops did their job to the extent they could. The real crime is the governor and legislators enabling such terrorists.

Change back the laws. Take the handcuffs off the police and put them on the criminals. Catch and release is great for fishing, but not for public safety. God help New York.

For months, people have been complaining about crimes and quality-of-life issues in the New York City subway system.

It’s a major reason why people are hesitant to return to the office: They don’t feel safe.

On Tuesday in Brooklyn, in the midst of the morning rush hour, an idiot decided to open fire on people in the subway.

This is an act of terrorism, and insane or not, this guy should be thrown in jail and we should lose the key.

To make matters worse, it was discovered that the security cameras on the subway platform where the shooting took place did not work.

With the level of crime in the subways, how can these cameras not be working? Someone needs to be held accountable for this.

The cameras in the New York subways don’t work. What a shock. Neither do the sound system, air conditioning or anything else.

Crime is out of control, and it smells like urine. There are no clean bathrooms in the subway, either. What a disgrace.

The subways in Tokyo are clean and safe with plenty of bathrooms. New York is abysmal.

It’s time for a change. We are a broken city and the blame lies squarely with the Democrats.

Eight years of Mayor Bill de Blasio, a few years of the “defund the police” movement and other assorted progressive policies and continued corruption in Albany have left our state and our once-great city in shambles. They can’t even get our subway cameras to work, much less keep us safe.

We are witnessing the results of one-party rule and the total ineptitude of politicians more concerned with staying in office than doing what’s right for their constituents.

We will continue to hear a lot of noise from Mayor Adams and Gov. Hochul, but it’s becoming quite clear that they are beholden to a party that lacks the will and ability to do what’s right for the people of New York.

Whether it’s terror on a Brooklyn train, rampant corruption from the lieutenant governor’s office or a hundred other incidents, there are constant reminders that New York City and state are indeed on the road to perdition because of the policies and failures of lunatic left Democrats.

The formula is simple: If one is happy with untrammeled crime, runaway inflation, uncontrolled illegal immigration and countless other breakdowns, then by all means continue to vote for far-left Democrats.

On the other hand, if one is disgusted with criminals going unpunished, record cost of living and the deterioration and destruction accompanying so many aspects of daily life, then it is time to vote for change.

Why does White House stay silent on migrant flights?: Devine

It’s Time to Balance the Budget