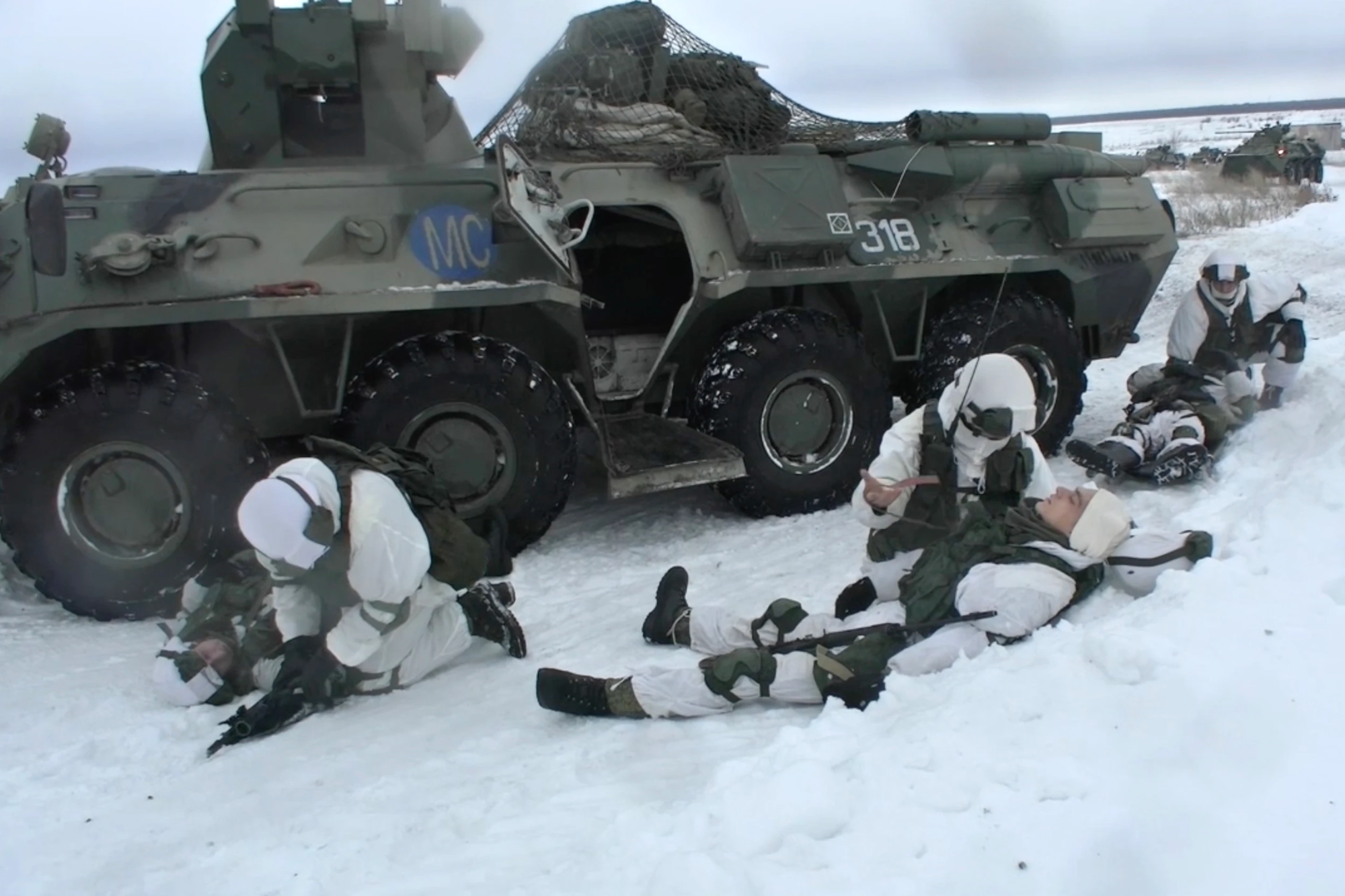 Vladimir Putin is relying on the thinnest of justifications to send troops into the separatist regions of Ukraine and recognize the independence of these regions (“Putin invades,” Feb. 22).

It is not exactly an invasion, but the beginning of the end for Ukraine. He took the Crimea in 2014, and NATO did little. He is not bothered by sanctions because he will not suffer. His people will, but he will offer them the promise of ultimate victory and revenge against the West.

He knows that NATO doesn’t want to go to war, and America is hampered by isolationists, who are weary from wars.

He will continue to chip away at Ukraine until there is nothing left, at which point he will install a puppet government. It is a different day but similar to the dismemberment of Czechoslovakia in 1938.

The question now should be what country or countries are next, because Putin will not stop until an armed response stops him.

For years, Donald Trump was denounced by The New York Times, Washington Post and virtually the entire media establishment as “Putin’s puppet.”

Yet it was only after Trump was ousted and President Biden assumed office that Ukraine came under renewed threat of Russian invasion. How strange.

Can’t wait to see how they put lipstick on this pig of an administration during the upcoming State of the Union, when the union is on life-support.

In the late 1930s, Adolf Hitler said he wanted peace but that Britain and France had refused his terms, so he invaded Poland, blaming Britain and France. The world paid a heavy price for its failure to stand up against Hitler’s aggression earlier.

Today Russia has a population of 146 million and Ukraine 41 million. When you also consider the size of Russia’s army and its armaments, it is patently obvious Ukraine represents no threat to Russia.

There are glaring similarities between Putin’s words and those of Hitler. A few years ago, Putin’s Russia invaded Crimea, and the only response from the West was complaints.

Just threatening sanctions against Russia over Ukraine sounds like the same half-hearted response that was given to Hitler. Everyone should be aware we are in a defining moment in history.

In 1940, Germany took the territory of Alsace-Lorraine from France while Great Britain and the rest of Europe did nothing.

This week, Russian President Putin signed decrees recognizing the independence of Moscow-backed breakaway regions in eastern Ukraine while Great Britain, the rest of Europe and the United States do nothing except threaten economic sanctions.

The only thing Putin and Russia understand is force, and unless the West is willing to hit the Russian bear over the head with a big stick, we can expect further occupation of Ukraine and Western Europe for decades to come.

Putin’s speech this week was reminiscent of another strongman’s talking points 84 years ago.

And for those few who paid attention in history class — the annexation of the Sudetenland led to the complete takeover of Czechoslovakia without pushback from the European democracies.

And without pushback now, where and when do the Russians stop?

The Real Effects of COVID-19 Are Psychological

What If China’s Economy Collapses?