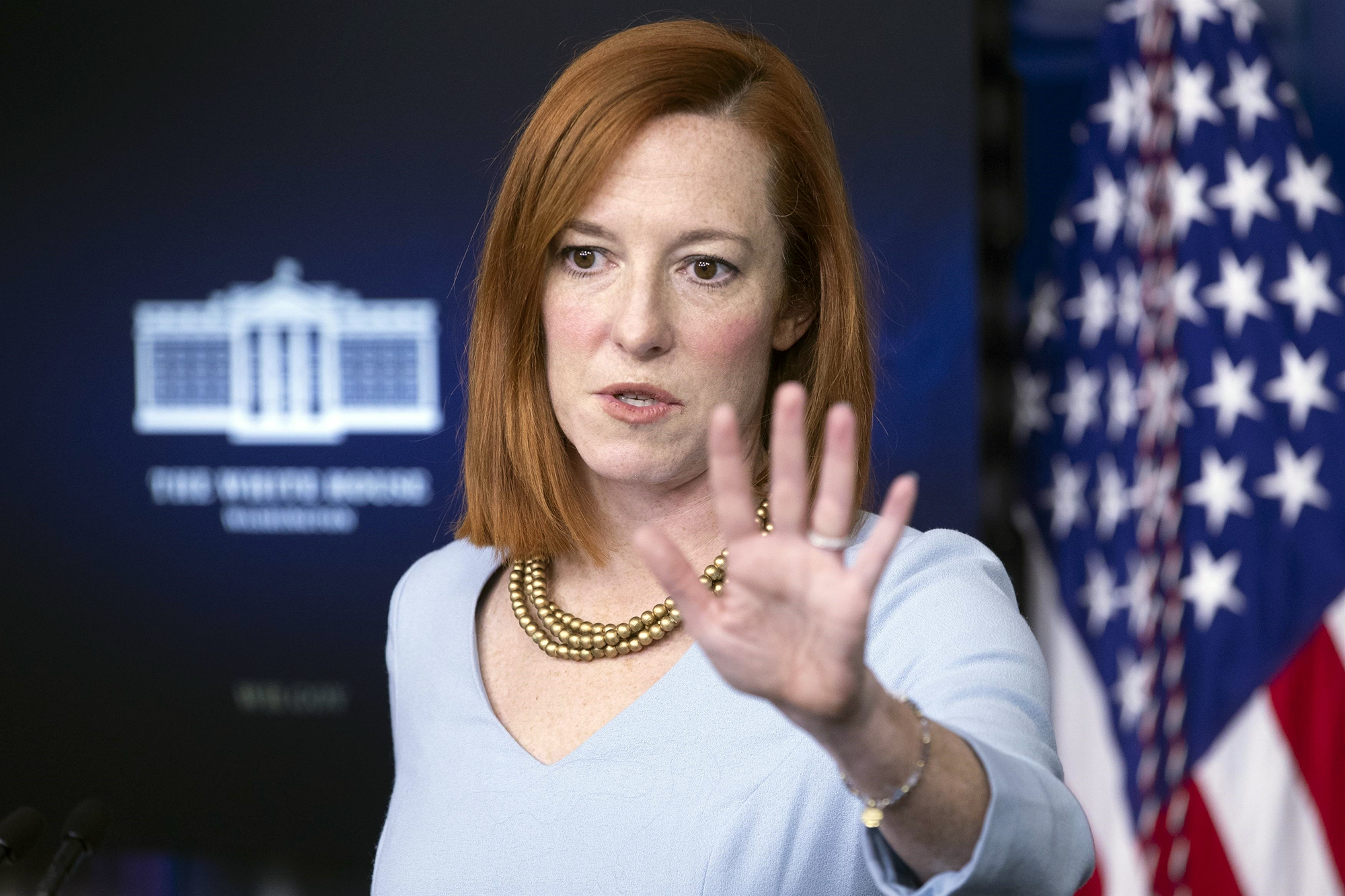 Thank you to Maureen Callahan for her superb and accurate piece on haughty White House Press Secretary Jen Psaki (“Jen, you ‘Psak’ at your job,” Feb. 24).

Finally, Psaki’s condescension — which is representative of the attitudes of the current administration — is being called out and condemned.

She may be adroit in parrying reporters’ questions, but (as Callahan has so aptly captured) she is a terrible messenger for how our current government regards so many Americans.

Change is coming, and Callahan has helped reveal why.

Callahan captured Psaki in much the same language as Psaki speaks to all of us who dare to listen to her anymore.

I hope she reads Callahan’s column — but I’m fairly certain that the people she has reading for her won’t mention to her that anyone thinks poorly of her or her daily briefings.

Callahan’s Psaki column was perfect. I hope she sees fit to go after his awful press secretary more often and with even greater intensity.

Psaki is rude, condescending, disrespectful and snarky at most every press conference, as Callahan has written. She has a huge air of entitlement, hubris and elitism.

Psaki is everything a government employee shouldn’t be. Callahan hit the nail on the head.

Finally, someone has called out Psaki for her arrogant, snarky, obnoxious, repulsive responses to fairly banal questions from the press corp.

And I’m glad it was Callahan. She sliced and diced Psaki like a surgeon with her precision quotations.

Members of the press corps, especially Peter Doocy, are either cowed by her or way too polite. Great piece.

I always look forward to Callahan’s columns, but the piece about Psaki has finally clarified for me why my heart rate and ­irritability index spike when I hear Psaki speak — or think about her.

It is the condescension. And you can still hear it even if, thank God, you’re not living paycheck to paycheck.

Why did it take so long for someone to point out the arrogance and smugness exuded by Psaki?

I get that being the White House press secretary is an impossible job, and it is in the job description to promote the agenda of the president, but all she has done is magnify the lies of this administration.

She continues to deny that there is a problem at the border, tried to convince us that inflation is “transitory,” refuses to acknowledge that crime is a problem and continuously seems to believe that the American public is stupid.

Sadly, no one calls her out on anything because of the dominance of the liberal press.

Psaki’s efforts to gaslight the American public shouldn’t surprise anyone.

Her attempts to explain away the ineptitude of the Biden administration are rooted in the core belief of the left — that the common man is an idiot and will believe anything told by so-called “elites.”

They keep pushing this belief even if it has become apparent that people are no longer buying what Psaki and her ilk are trying to sell.

Psaki has this knack of alienating the public and being sarcastic most of her time at the podium. Her answers to reporters are condescending to the point of ridicule.

Defending her clueless boss seems to be right up her alley. She has no problem saying nothing but good things about him.

As Callahan states, Psaki is leaving the job this year and that can’t come soon enough.

Behind the Scenes of the Jan. 6 ‘Insurrection’ Investigation