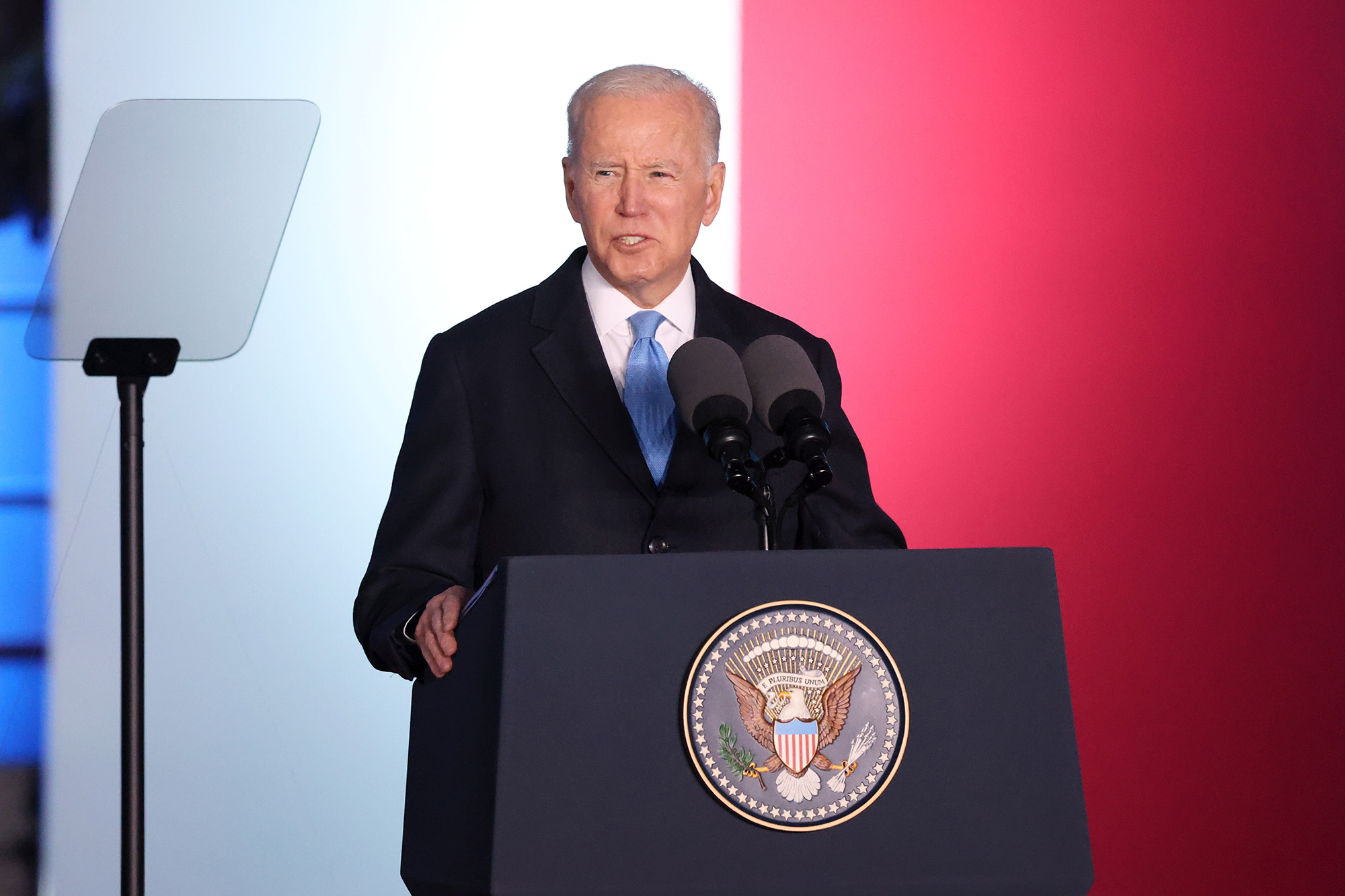 The Issue: President Biden’s trip to Europe to discuss Russia’s invasion of Ukraine with world leaders.

I’m still laughing at the thought that President Biden went to Europe to foster unity in the face of Russia’s invasion of Ukraine (“Joe’s Toothless ‘Unity,’ ” Editorial, March 24).

This is a president who, after promising to foster unity in his own country, has instead spread disunity.

The latest example of this is Biden’s cheap shot at his predecessor, in which he lied, claiming that former President Donald Trump praised Nazis as fine people.

If Biden had real courage, he would demand that all NATO countries live up to their obligations to spend 2% of GDP on their military budgets and lead them by standing up to Russian President Vladimir Putin’s threats of using nukes or chemical weapons in Ukraine.

If Biden did that, Putin might once again respect and fear the actions of an American president.

World leaders gathered for an emergency NATO summit to further blabber about how to stop the war, as the bombs keep falling. We see not one respected and feared leader in the bunch.

Biden will again be weak, learning from President Barack Obama with his phony red line in Syria. They’re all months late to the game.

Biden’s NATO trip was a complete failure. No decisive actions were taken, and Biden’s press conferences were laughable.

The fact is that the only thing that will get Putin’s attention is if we use our gas and oil to replace what the European countries get from Russia.

Sadly, Biden is controlled by the hard-left and is too weak to do what he needs to punish Russia and help our own people.

Biden continued the Democratic hatred of Trump. He was in Poland to work up support with Europe to help Ukraine, but the Democratic advisers thought it was better to rip Trump than talk about Russia.

Biden truly is an embarrassment. He, and the Democrats, underestimated the Ukrainians from the start, like Russia did. People who have freedom will fight for it to the death.

While Mayor Adams crows about asking district attorneys to prosecute farebeaters and bring back broken-windows etc., the reality is it’s all fluff (“NYPD ‘back to what works’: Yay!” Editorial, March 24)

None of these “policies” will make any difference until the elephant in the room — bail reform — is repealed. Assembly Speaker Carl Heastie, Sen. Andrea Stewart-Cousins and the rest of the progressive left say that’s a non-starter. Even Gov. Hochul knows it’s a problem.

As long as these policies are allowed to continue, the city and state are doomed.

The mayor is right to revert back to focusing on quality-of-life crimes. Many of the effective police practices were abandoned under Mayor Bill de Blasio, and he turned over a city in decline to Adams.

If he wants to turn this city around, it’s essential to act now before it’s too late. This includes fare evasion, looting drugstores and the like.

He needs to bring back stop-and-frisk as well if he has the courage. Any gun removed is potentially one life saved.

“Law and order” became a pejorative phrase in this progressive era, and people are sick of it. They want civility restored.

Hell, No, We Shouldn’t Go—to the Olympics

A Window Opens to Irrational Behavior

In Not-So-Brilliant Move, San Francisco Spends Over $60,000 Per Homeless Tent