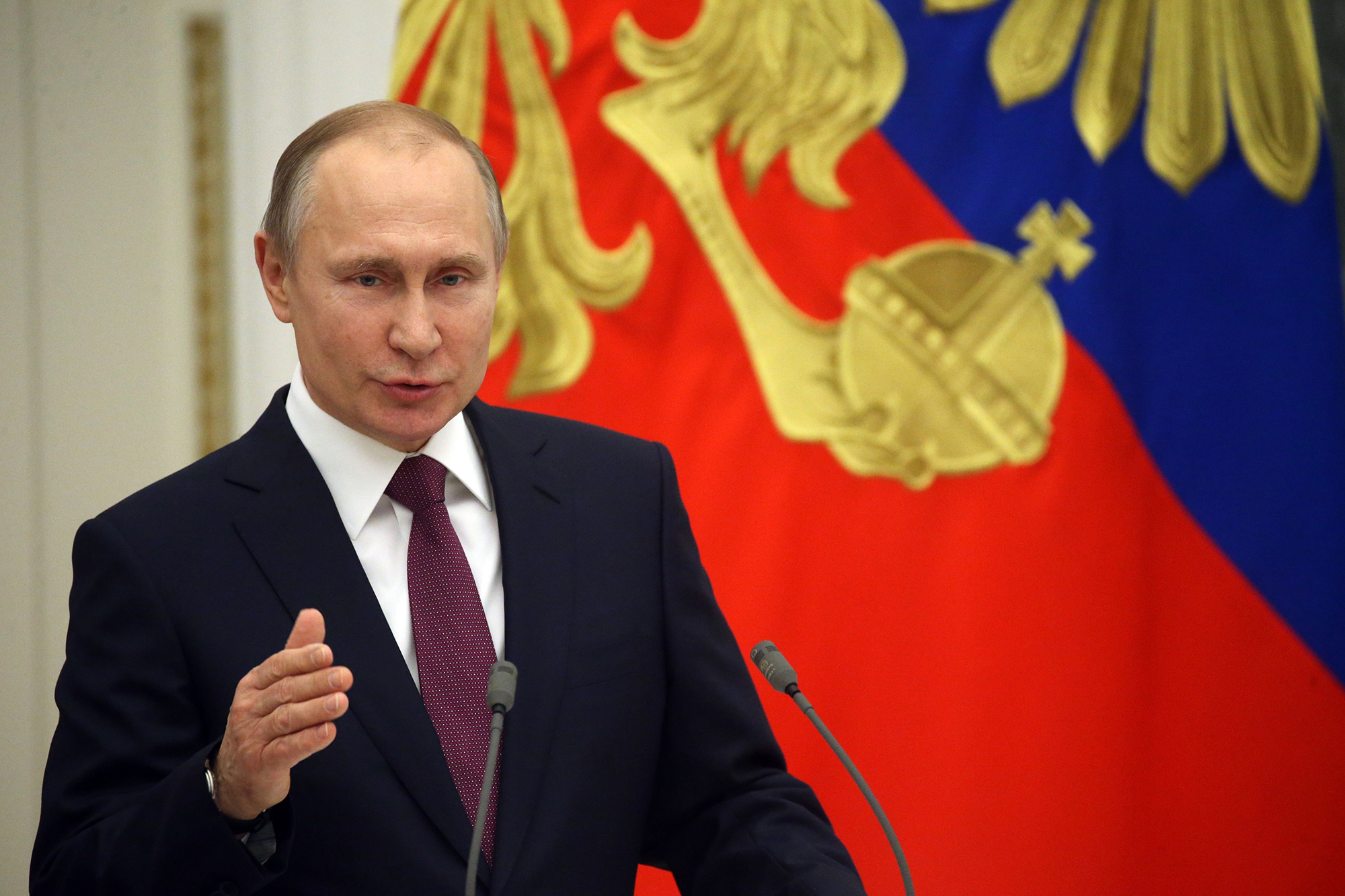 How is the world allowing this genocide to happen (“War Criminal,” March 3)? Russian President Vladimir Putin is committing crimes against humanity as the world watches.

NATO, including the United States, doesn’t want to get actively involved by sending troops or creating a no-fly zone, in fear it may trigger World War III.

So the answer is allowing Russia to kill innocent women and children, blow up beautiful cities and destroy a sovereign country?

Isn’t it empowering Putin to not call his bluff and stand up to him because he threatens escalation, like a schoolyard bully? What message is this atrocity sending to China? The world must stop Putin immediately.

Americans value and cherish their independence. We glorify our Revolutionary War because of how our nation stood up against the might of a king and his army.

But we often neglect to remember our nation could never have won its freedom and independence if the French had stayed on the sidelines and not gotten involved in the fight.

Ukraine, like America in those times, is in a fight for survival in the face of a murderous dictator. Americans should consider whether now is the time to pay it forward and join in the fight for democracy.

As an evil government invades Ukraine and murders innocent people, including children, the rest of the world is too afraid to come to the aid of Ukraine because of fear of a nuclear war.

Nuclear weapons were supposed to be a deterrent to war, and now they are deterring the world from aiding Ukraine.

There is a time when we must act to do what is right, not what is easiest. Courage is strength in the face of pain or grief. We are showing no courage now, leaving Ukraine to defend itself alone.

Putin either thinks we won’t act or that we are weaker than Russia, and there will be no stopping an evil dictator who thinks he can act with impunity. We must do what is right, regardless of how difficult it may be.

From my perspective, NATO may have been a good idea after World War II, but it has done little to defend the innocent who are being slaughtered by Putin.

I listened to President Biden use just about every excuse in the book when it came to fighting Russia, so we are left to watch the women and children who will be killed by the thousands, all because the Ukraine is not a member of the boys’ club.

Everyone who had intelligence that Putin would attack Ukraine should have put in place weapons and battle plans to deter him.

That 40-mile long Russian military convoy that sat for two days on open roads would have been a perfect target for air strikes — if only Ukraine had the air power to act.

Putin sure seems like either a madman or an idiot. Maybe both.

He is trying to conquer a country after having destroyed its infrastructure and its economic capacity, thus leaving more than 40 million starving people on his hands and having to leave untold thousands of his personnel there to guard it.

Exactly what rational purpose can there be for this? None, he can’t win for losing.

If we continue to normalize the buying of Russian oil, we are, in fact, financially “fueling” Putin’s war machine.

This sounds all too similar to the lessons learned from World War II. Our country risks forever being stained as accomplices in this horrific attack on mankind.

No rationalization can place more value on energy over precious human lives.

The United States must immediately detach ourselves from this association and reconcile our previous mistakes. History will not judge us kindly.