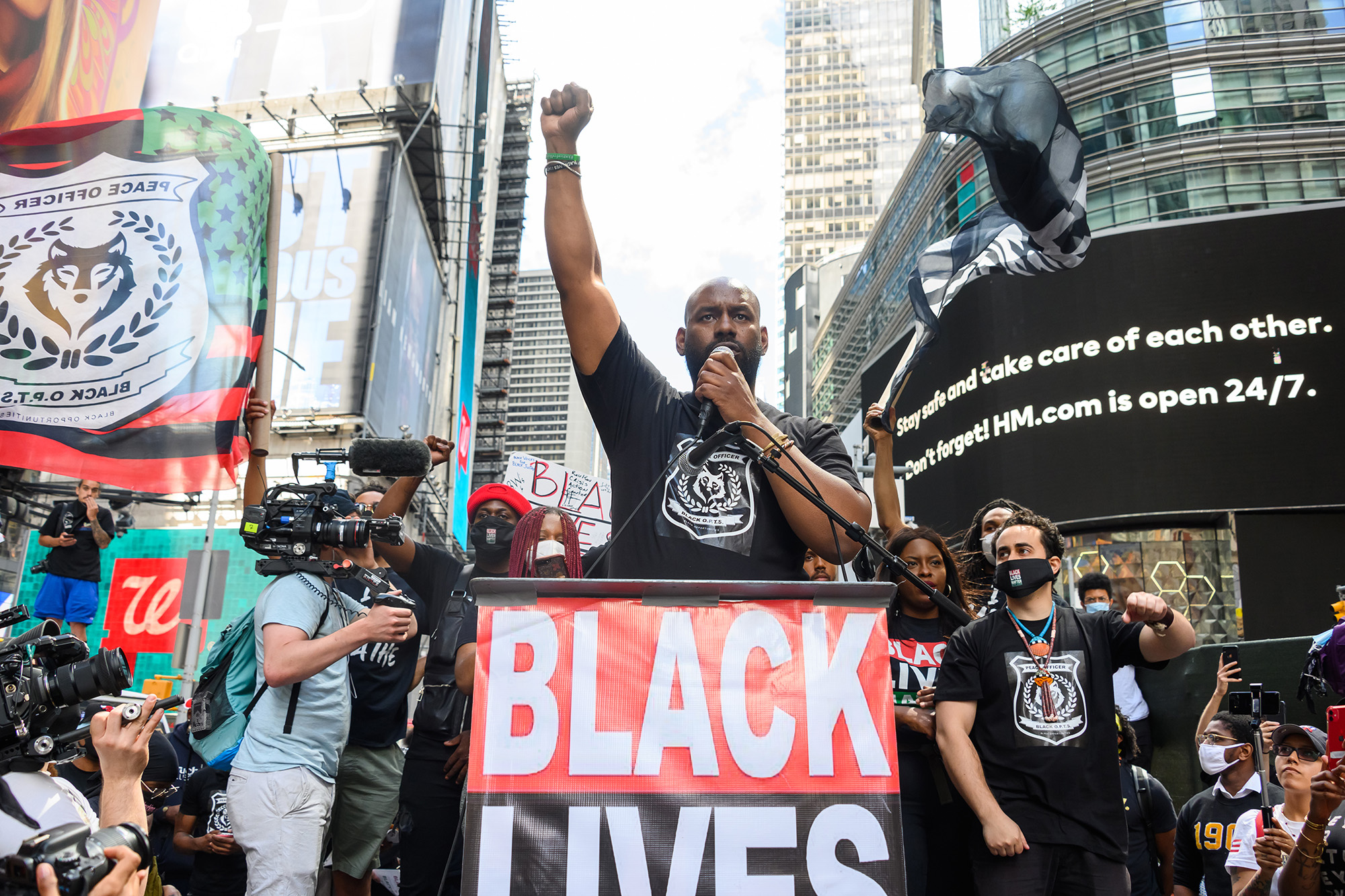 The Issue: A local BLM leader’s claim that there “will be bloodshed” if the city reinstates anti-crime units.

Finally, New York City will have a mayor with a backbone who won’t back down to activists who threaten to riot and burn down our city (“Not in my city,” Nov. 12).

For too long, New York and other big cities across this country let these activists dictate police policy.

Where did that get us? The streets of ­every large city are stained with the blood of innocent children who are gunned down by thugs running wild.

Police arrest these individuals, but they’re back on the streets in hours thanks to the bail-reform laws. Give the police the support and the tools they need to end this gun violence, and our city will thrive.

BLM leader Hawk Newsome is threatening riots if law and order is brought back to New York City by Mayor-elect Eric Adams.

Why is the control of this once-great city in the hands of gangsters?

Newsome has done nothing to stop the violence in the city, especially black-on-black crime.

If Black Lives Matter, then why is he promoting new rioting? Hasn’t BLM done enough damage to local businesses across this country through arson and intimidation?

The local leader of BLM responded to Adams’ plan to resurrect the anti-crime unit by threatening riots, fire and blood in the streets. Where is the liberal media outrage?

Loudoun County, Va., parents were called domestic terrorists, and this loudmouth gets a pass.

I hardly think shouting at a school-board meeting compares to threatening public mayhem.

Newsome and his organization need to be soundly rebuked by liberals and conservatives.

Is threatening bloodshed on the streets of New York City the best way to advance and legitimize the importance of Black Lives Matter?

This so-called BLM leader is a despicable, racist clown. He continues to shamelessly use his deluded supporters to push his bizarre vision of what New York should be.

This jester brings shame to the BLM movement and devalues its legitimacy. Check the Web site of the BLM Global Network: It disavows any connection to this cretin.

If one day he decides not to live off the funds of his supporters and seek a real job, his best hope for employment will be driving the clown car when the circus visits New York. city

We must all commend Adams for standing up to Hawk Newsome, the anti-police fascist who threatened, “There will be riots, there will be fire, and there will be bloodshed,” and to his sister, Chivona Newsome, who said that they will “make it a nightmare” if Adams brings back the anti-crime unit (“City BLM ‘bloodshed’ threat over policing,” Nov. 11).

There is obviously a good reason why the national leadership of the Black Lives Matter movement has already distanced themselves from the Newsomes.

It’s obvious that these two anti-police hate-mongers are only interested in promoting hate and violence against the police, and they don’t care how many innocent people — black and non-black — get hurt in the process.

I’m just wondering how the corporations that folded and capitulated and donated to Black Lives Matter feel now after Hawk Newsome’s inflammatory remarks.

Too bad they did not recognize the true character of this individual and his movement ­earlier.

Upon hearing Newsome’s ranting, perhaps people will not be so ­eager to support such an anarchistic organization.

Any group that seeks to divide people, threatens the civil order and generally castigates entire groups of people is dangerous. A group like Black Lives Matter, for example.

How the West Was Lost

Justice Jackson Could Be an Asset to the Supreme Court

The New Isolationism of Russia and China