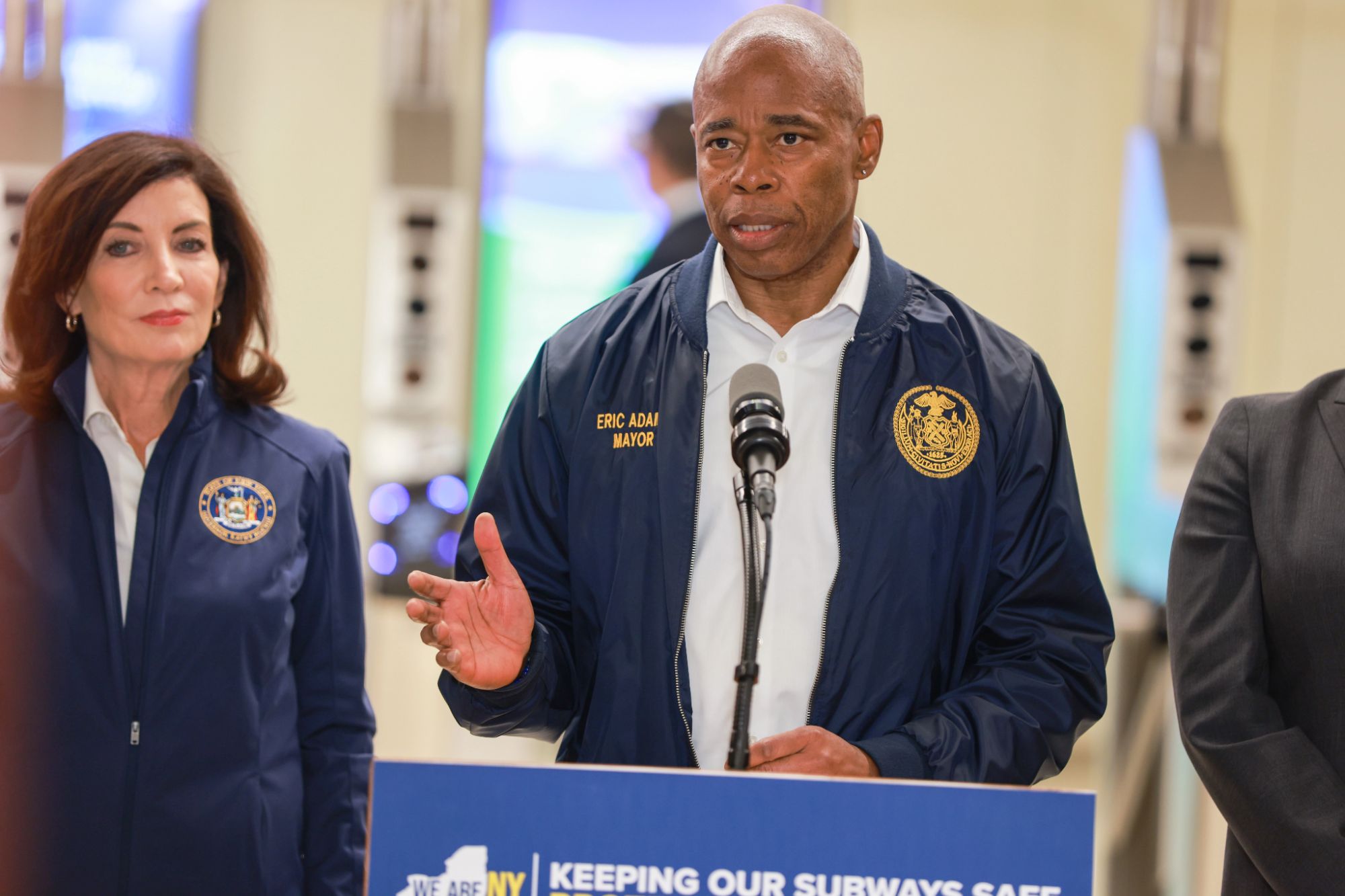 The subway-crime plan is one big hoax. The Post got it right. There aren’t enough cops to protect each rider. (“Eric and Kathy: More Subway Cops & Cams,” Oct. 23).

And releasing criminals the same day they are arrested, even for violent crimes, just sends them right back to the subway.

Hochul only cares about re-election. As soon as she has it in the bag, you will be told subway crime is only a myth.

New York City at this time has weak leadership when it comes to the mayor and governor. Putting more cops and cameras in the subways is not going to solve the problem of violent crime.

Those who are eligible for retirement in the NYPD are calling it quits because high-level politicians don’t support them. It’s a dog-and-pony show right now with no true plan of action to combat crime — not only in the subways but in the rest of the city.
Honest, hardworking citizens must live in fear of crime as they go to work or just head out to buy a newspaper.

If you want to go after criminals, you first must support the NYPD. Then change our bail-reform laws and replace weak district attorneys and judges to keep violent offenders in jail — not let them out the same day to commit more crimes.

Had Eric Adams been the chief of the Transit Bureau in the NYPD and told his bosses that a 40% increase in crime in the subways was only six crimes a day, he would have been relieved of command.

Crime should not be a political issue. The mayor needs to call out Democratic peers by name to change criminal justice “reform.”

He needs to call out district attorneys by name to criminally prosecute theft-of-service charges (also known as farebeating).

He needs to coordinate with the DAs the immediate removal of those trespassing in the system and charge them.

If they are obviously mentally ill, take them to the hospital. That would clear our precarious system of dangerous people.

And that should be the first step: Allow the police to be proactive and clear out the system.

“Cops, Cameras, Care”: What a snappy name to combat the ever-worsening crime wave above and below ground.

After all, as Mayor Adams stated last week, it’s only our perception that crime has increased. I guess Gov. Hochul’s perception must match that of the public she has failed at protecting.

Instead of firing Manhattan DA Alvin Bragg and addressing the no-bail laws, this new program will team the MTA and NYPD police to help those who ride the subways with safe transport. Wonderful!

Now, how about a snappy name for the crime and homelessness above ground? Maybe “Build Back Better”? Oh, wait. That’s taken.

Why is anyone surprised about rising subway crime? The lunatics are in charge of the asylum. I took the subway to school in the 1980s, when the Guardian Angels and NYPD kept trains safe.

Lawsuits and violence against our police have become the norm. Respect is not emphasized. DA Bragg is AWOL.

Mayor Adams did the reverse of what an elected official should do: he appointed friends unprepared for their roles. We, the taxpayers, are paying their salaries.

Adams’ incompetence on crime will continue. A leopard never changes its spots. Vote these enabling, lying liberals and their policies out.

Biden’s Mandates for Increased Production of Ethanol Are Wrong-Headed

Fiscal Mismanagement Seems to Be the Norm in the Current Government