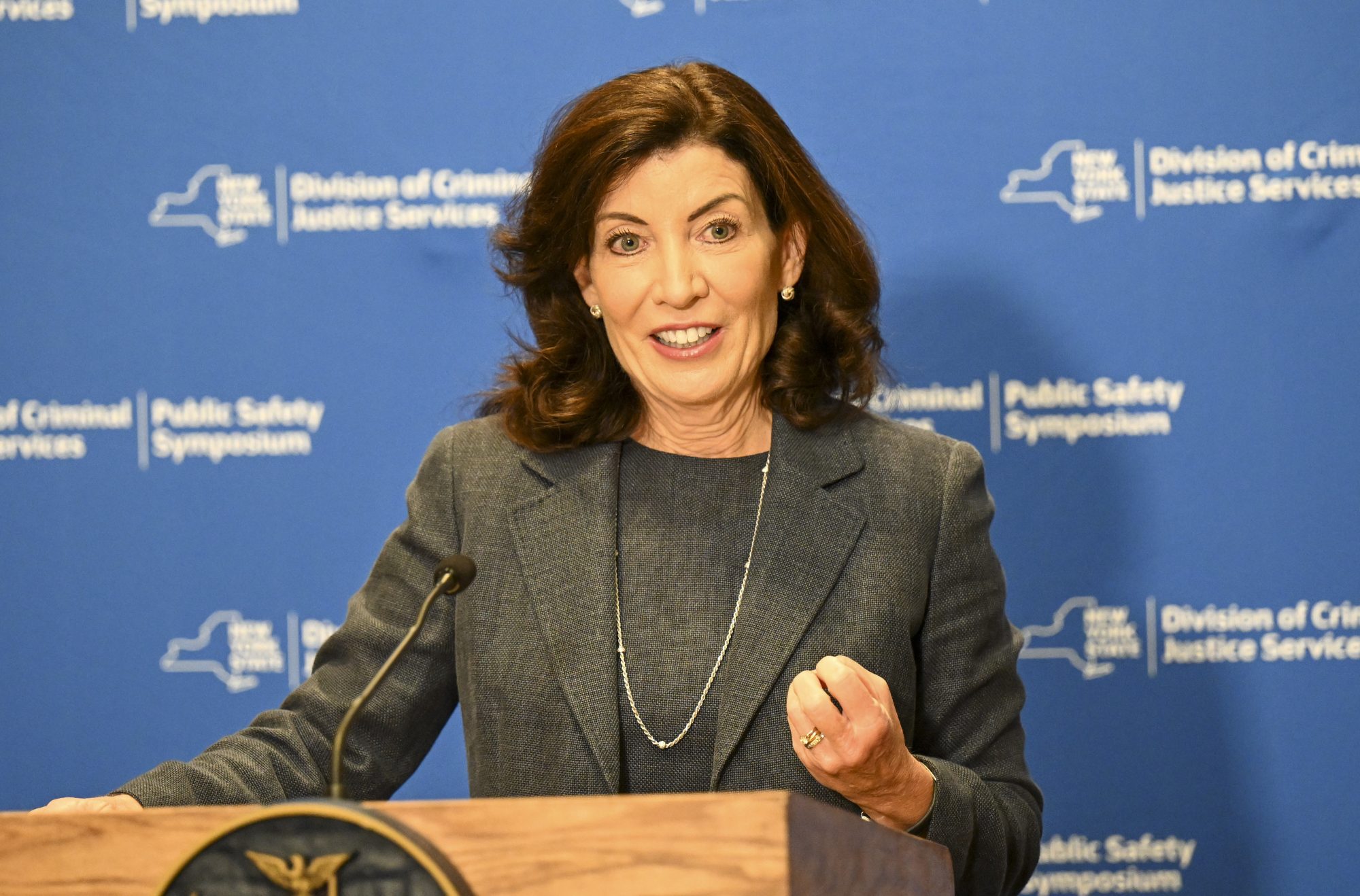 The Issue: A man who was shot in Poughkeepsie, allegedly by a fugitive wanted on gun and drug charges.

All that exceeds the heartbreak upon reading the details of the murder of Paul Kutz is the utter sense of rage directed at a government that allows vile and violent people to mix with an innocent population (“Missed chance to nab ‘killer’ ” Oct. 4).

True social justice in this state and country will only be achieved when society can be confident that it is thoroughly protected from thugs, creeps and crazies.

This, and nothing else, is the primary function of government — regardless of the insidious whines and distortions of the virtue-signaling left.

The inept Gov. Hochul is the reason for the crime wave. She has let criminals create mayhem and strike fear into the hearts of New Yorkers because of her soft-on-crime approach.

Vote her out in November if you want some civility in New York.

Hochul, former Gov. Andrew Cuomo, Attorney General Letitia James and all the rest of Albany’s Democrats should be charged as accessories to the murders of both Lt. Alison Russo-Elling and Paul Kutz, the innocent father who was shot down in cold blood in the lobby of a Courtyard by Marriott in Poughkeepsie.

These feckless politicians do not have an ounce of moral decency. They are nothing less than political hacks, whose conduct is the epitome of gross negligence.

This latest incident of lawlessness run amok is further proof that Democrats have no control over crime. Social justice is more of a concern for them. But there is no justice for innocent bystander Paul Kutz and his family.

And this is just one more reason to vote Republican this November.

As the two “experts” attempt to pigeon-hole and shame all white women, I am having trouble finding times when I benefitted from my supposed white privilege (“You’re hopelessly racist — now pay us,” Oct. 5).

Was it when my Irish family was welcomed to the United States with signs that said, “Irish need not apply”? Or when my widowed mother moved into a city housing project with five young daughters?

Maybe when we worked long hours in careers that helped patients and/or victims of crime of all races and religions through some of the most devastating times of their lives without regard to their color?

The divide is between the rich and the working class — not people of color and white people. Advantages have always gone to those who have the most, and the rest of us get what is left over.

So, no guilt here. This white woman ain’t buying what these two scam artists are selling.

I am an Italian American, whose family came here for the American dream. They were not treated well, yet they worked hard and raised incredible families to be honest and generous. That said: Who do these authors think they are preaching to?

Teach people and have an open dialogue. Are we perfect? No, but it’s a whole lot better than it was 50 or 100 years ago. This rhetoric is causing more dissension. It’s not about moving forward.

I was taught to be kind. It doesn’t matter what color your skin is or who you love or how much money you have. These women are leading with anger and trying to destroy.

Get cameras in the Supreme Court and other commentary