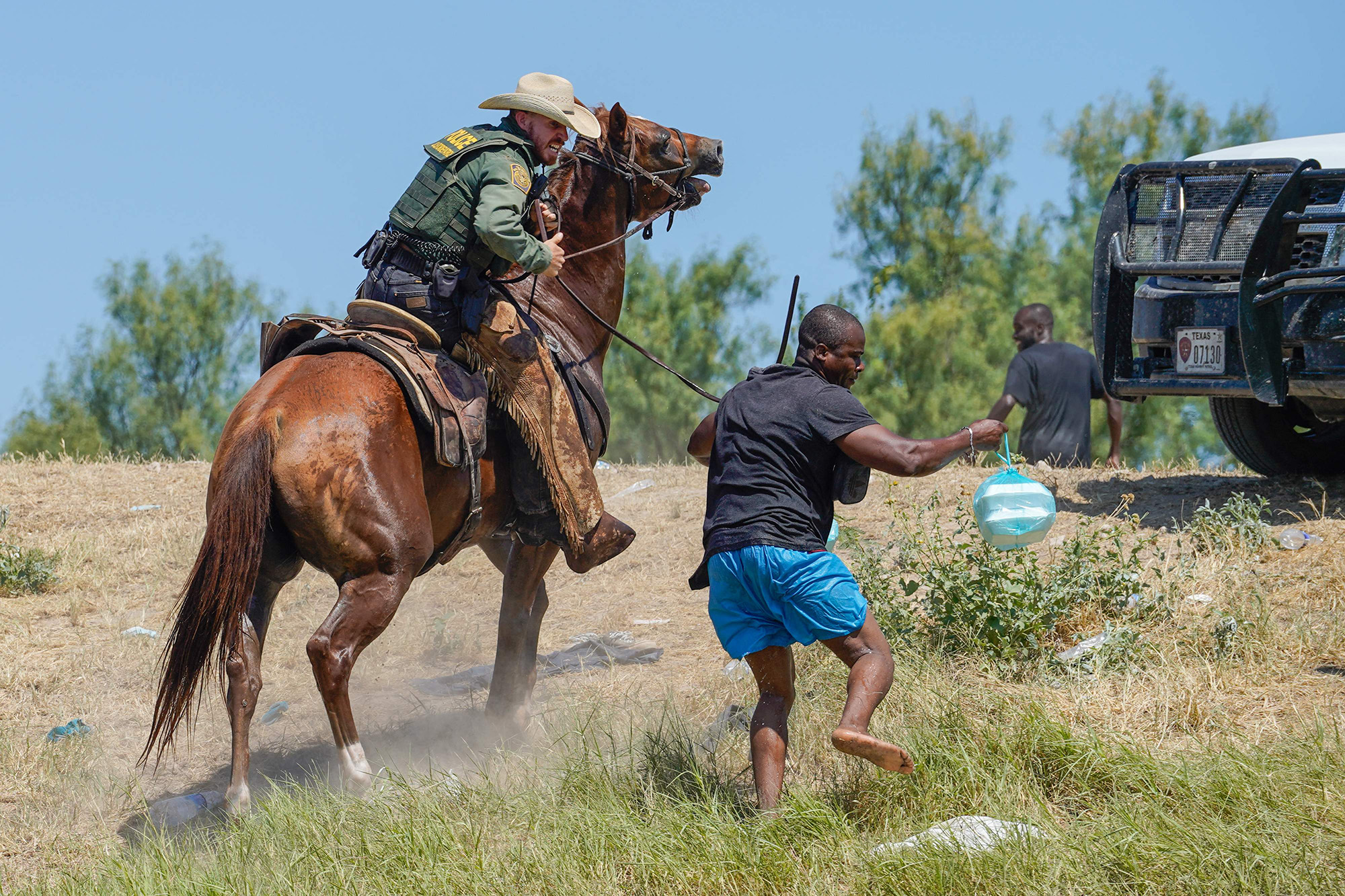 The Issue: President Biden’s criticism of Border Patrol agents for rounding up migrants on horseback.

President Biden on Friday said the images of US Border Patrol agents on horseback aggressively handling Haitian migrants were “horrible” and vowed there will be consequences for those involved (“Whoa, horses!” Sept. 24).

The president went on to say those people will pay. He needs to look no farther than his own mirror to see who is to blame. It was Biden who opened the floodgates at our southern border.

Team Biden owns it, and no amount of political spin will change the facts.

Biden and the Democrats have neither empathy nor praise for our border agents caught in the crisis they created.

Instead, Rep. Maxine Waters arrives, launching her usual racist accusations at these workers whose lives are at risk. She continues to attack Trump, complaining: “We are following the Trump policy.”

As usual, this administration takes no accountability and just looks to blame anyone else.

There are no words that can adequately express my utter disgust with our lying president, vice president and Homeland Security Secretary Alejandro Mayorkas for throwing the Border Patrol agents under the bus for doing their job in a situation this incompetent president and his team created.

They can try, but they are not distracting the American public from the s- -tshow they have been hiding from. They are making a mockery of our borders and Americans’ safety.

Immigrants are pouring into the United States daily. Many are carrying COVID, untreated and unvaccinated — and now Biden is blaming the overworked and under-staffed Border Patrol for inhumane treatment of these illegal immigrants.

People should remember that this whole crisis is a result of Biden’s failed policies and lack of leadership on his part, as well as that of do-nothing Vice President Kamala Harris.

Images of Border Patrol agents on horseback have created quite a stir.

Agents use horses to cover large stretches of backcountry and rough terrain. They doubtless are trying to do their best under impossible conditions created by the very politicians who now berate them.

Perhaps the critics can provide some guidance: When an agent on horseback encounters a migrant, should he apprehend or redirect him, even if it means grabbing his shirt, or get off the horse and chase him on foot? Should he ignore him and ride on? Or give him the horse and walk back to the station?

Seems a bit strong for me. I’m more likely to save those descriptions for far more disturbing things. Say, when a missile is deployed and it wipes out a whole innocent family, including seven children.

I wonder how it feels to regurgitate lies for an administration that has failed us on every level? Psaki can help with that one.

Biden says Border Patrol agents on horseback will pay for the way they treated Haitians they were trying to stop from coming across border.

If Biden would go visit the border, he would see what a crisis he has caused.

So don’t say anything about these border agents who are trying to do their job. This is his problem, and he is doing nothing to fix it.

Turns out the real threat to ‘norms’ was the Clinton campaign