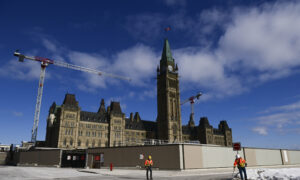 Back in 2015, Justin Trudeau was elected prime minister in part because of his different disposition compared to then-prime minister Stephen Harper. It was not Trudeau’s experience in government, which was limited, nor his experience in business, which was non-existent, that led the Liberals to victory, but rather his exuding optimism that differentiated him from the other party leaders.

Unfortunately, that optimism and policy-by-imagination has not been tempered over the last five years by the reality of government. In reality, governments of all political stripes face unique incentives and constraints that limit their ability to create, manage, and reform programs and services.

Next, consider the Trudeau government’s much-touted innovation agenda, which promised to create five superclusters that would leverage private-sector money. In 2017, then-finance minister Bill Morneau heralded the ability of his government to allocate investment capital, saying “we’re investing in sectors where we know we can beat the world … we’re definitely choosing places where we can win globally” and “we’re making investments to grow our economy.”

But a 2020 PBO study of the innovation initiative found pretty dismal results. Only 29 percent of the original budget had been spent by 2019-20 and 59 percent of that spending was on administration and operating costs rather than actual investments. Moreover, for the 45 research projects approved, almost $100 million had been committed but not necessarily spent. The PBO concluded by saying it was skeptical the program would meet its stated objectives, particularly in terms of improving the economy.

Or take the more mundane task of paying employees. A 2018 report by the auditor general found that the federal payroll system remained plagued by problems, with errors in 2018 reaching $615 million, affecting more than 150,000 federal employees.

That may seem like old news. But contrast the government’s inability to complete the simple task of paying its employees against its imagined capabilities. In its upcoming spring budget, the Liberals will likely announce major new initiatives. The recent throne speech referenced a new national pharmacare program, a new federal daycare program, investments in clean technology, and more COVID/recession recovery plans, not to mention a potential remaking of the Canadian economy.

And this is all taking place during a time of deteriorating economic performance. Consider that per-person economic growth (inflation-adjusted) in Canada between 2016 and 2019 (before COVID and the recession) averaged 0.8 percent annually—compared to 1.5 percent during the comparable pre-recession period under Harper (2011-2014) and 3.7 percent under Jean Chretien (1997-2000).

Moreover, private business investment has collapsed. On average, business investment (inflation-adjusted) declined by 0.2 percent annually (on average) between 2016 and 2019 while it grew by 5.1 percent between 2011 and 2014 and by 7.5 percent between 1997 and 2000. And despite misperceptions, it’s not just happening in the energy sector; a 2019 Fraser Institute study found that roughly two-thirds of Canada’s industrial sectors experienced declines.

So long as the Trudeau government’s policies are guided by imagination rather than practical reality, it will continue to overpromise and underdeliver while Canadians endure slower economic growth and a less prosperous economy.

Jason Clemens and Milagros Palacios are economists at the Fraser Institute.