Many of America’s 3.45 million Muslim people have been following the recent midterms closely and as the final races are being called, Republicans must come to terms with a less than emphatic performance than hoped, while Democrats are shoring their power, having braced for the worst and weathered the storm.

Reporting in The Daily Caller explains the rightward shift among America’s Muslims who are increasingly recognized as exercising political influence not only in expanding drives to encourage Muslim Americans to vote, but also by throwing their hats into the ring as candidates.

During the 2020 Presidential election, President Donald Trump received more Muslim votes in 2020 than he did in 2016, despite his sweeping remarks on a Muslim ban.

The survey also showed most Muslims in America regarded both parties as anti-Muslim. This is apparently fallout from the Global War on Terror, as well as surveillance of some mosques and profiling in counter-terrorism efforts.

This may be why a large number of Muslims in America are consistently ideologically independent. Pew Research finds over 20 percent of Muslims “neither identify with nor lean toward either party.” Pew reports that America’s Muslims are twice as likely as the wider public overall to “lean toward neither major political party (20% vs. 9%).”

Some may wonder why all Muslims in America do not vote uniformly Democrat. But as an observant Muslim myself, I contend one overlooked factor is that many of Islam’s fundamental values coincide with historic Republican values.

Among my own family who are Muslims originally from the Indian Subcontinent there is diversity across the political spectrum from Democrat to Republican to registered Independent.

While there is as yet no published data from exit polls on Muslims who voted in the 2022 midterms, the Council on American-Islamic Relations reports the poll results are forthcoming.

Additionally, representation of Muslims in elected office has been increasing since November 2013, when in Nassau County Long Island, a Muslim woman of originally Ugandan heritage, Nasrin Ahmad, became the first Muslim woman to hold elected Republican office when she became Town Clerk to Hempstead.

Rep. Ruwa Romman, a Democrat, was just elected to become Georgia’s first Muslim woman in the state house and first Palestinian American ever elected to any public office in the state of Georgia.

Many others have won seats in state assemblies. Unquestionably the electoral victories have belonged to Democratic Muslim candidates. According to reports, Muslim Americans secured 83 seats nationwide in local, state, and federal races with over 150 Muslim American candidates including 51 state legislatures in 23 states.

Republicans would do well to take heed, especially as the Republican message has broadened its appeal. Pew reports that Muslims are racially the most diverse religious group in America, and have higher education levels and incomes, with 31 percent having a college degree and 11 percent having a post-graduate degree.

The legacy GOP values of God and country echo with Islamic values of worship, remembrance of God, and service to one’s nation. The Qur’an pairs the love of one’s country with religion with righteousness and justice.

While some Democratic leaders may be surprised by Muslims in America shifting towards the right, many Muslims are not.

This is another wake up call to Republicans. While Democrats may be more engaged or engaging with America’s Muslims, the GOP may benefit from expanding access to, and insights from America’s Muslims and their shared values.

Divisive identity politics may have left some American Muslim voters struggling to reconcile their politics with their deep internal faith.

Now is an opportunity for the Republican Party to regroup and attempt to appeal to more Muslim voters after the unexpected midterm results did not lean in their favor.

All content created by the Daily Caller News Foundation, an independent and nonpartisan newswire service, is available without charge to any legitimate news publisher that can provide a large audience. For any questions about our guidelines or partnering with us, please contact licensing@dailycallernewsfoundation.org. 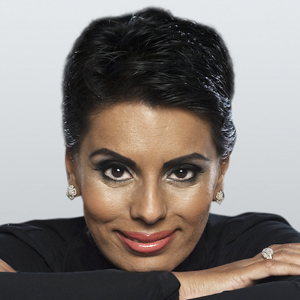 Qanta A. Ahmed is a senior fellow of the Independent Women’s Forum, life member of the Council on Foreign Relations, and author of “In the Land of Invisible Women: A Female Doctor’s Journey in the Saudi Kingdom.”

Biden can turn Putin’s confederacy playbook around on him