In a predictable, yet nonetheless shocking outcome, the latest scores on the National Assessment of Educational Progress (NAEP) record the biggest decline in math in three decades.

In mathematics, eighth grade students’ NAEP scores dropped eight points from 2019 to 2022, according to results released Monday. Just 26 percent of eighth graders now perform math proficiently, down from 33 percent in 2019.

Fourth graders saw a five-point decline in math, with the percentage scoring as proficient dropping from 41 percent to 36 percent.

As education researcher Ben DeGrow points out, eighth grade math scores on the National Assessment of Educational Progress are devastating. Ninety percent of states lost at least half a year’s worth of learning in math, with 18 states losing an entire year. DeGrow notes that only Utah schools and Defense Department schools were spared in the decline.

Although scores fell in nearly every state to a greater or lesser degree, as Harvard University’s Marty West found, student scores declined more on average in states where remote learning was more prevalent. The relationship between remote learning and learning declines is negative and statistically significant, but the strength of the correlation is weak, with remote instruction explaining less than 10 percent of the change in test scores, according to West’s analysis.

Which means declines in test scores are most likely a combination of bad policies: school closures induced by teachers unions that require emergency remote instruction plus special interest groups’ preoccupation with radical gender ideology and critical race theory during this crisis.

As early as the fall of 2020, the Centers for Disease Control and Prevention was reporting that in-person learning was rarely a source of COVID-19 outbreak. Yet teachers unions continued to fight to keep schools closed, some even doing so this year in places such as Chicago, Detroit, and Boston.

And when they did decide to engage in remote instruction, parents could hear the charge of “anti-racism” guru Ibram X. Kendi echoing through their child’s laptop after a lesson on the gender unicorn.

These scores do matter. As economist Eric Hanushek has demonstrated, academic achievement scores predict future economic growth. Higher scores on the National Assessment of Educational Progress test in a given state portend higher economic growth in the future.

Yet, as some have quipped, “Two weeks to slow the spread” turned into “Two years to flatten a generation.” Sadly, the new NAEP data are proving that to be true.

Reprinted by permission from The Daily Signal, a publication of The Heritage Foundation. 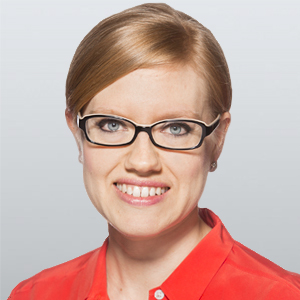 Lindsey M. Burke is director of The Heritage Foundation’s Center for Education Policy and Mark A. Kolokotrones fellow in education.

Why the Leak of the Draft Decision on Roe v. Wade?

Countering woke kidlit and other commentary