Given Vladimir Putin’s unlawful invasion of Ukraine, one question to ask is: What is the Russian ambassador still doing in Canada after all that has transpired over the last two weeks?

A few months ago, I wrote in this space that the actions of Chinese envoy Cong Peiwu further indicates that the Chinese do not seek a productive relationship with Canada. There is plentiful evidence that the Chinese envoys are complicit in Beijing’s attempts to stifle and threaten its critics and imagined opponents abroad, therefore threatening our security from within. So it makes little sense to continue to maintain such channels in the current circumstances.

The same goes for the Russians, with their action in Ukraine marking the first time in over 70 years that a country has shown aggression like this toward another sovereign nation in Europe. Putin’s war has caused, as of this writing, one million Ukrainians to flee their beloved home and has also caused 752 civilian casualties as of March 1st, according to the United Nations. The consequences on a global scale have also been dire, particularly the exacerbation of economic woes that have already taken a toll on economies due to the COVID-19 pandemic.

As The Associated Press reports, the European continent, the entirety of which relies heavily on Russian oil and gas, has been rocked by a natural gas price increase of 20 percent, leading to spikes in inflation and the price of living. Inevitably, supply chains have been adversely affected in ways that will set back the attempts to return them back to pre-pandemic conditions, as Russia and Ukraine are major suppliers of materials such as neon and titanium. Both are crucial to automotive manufacturing, a vital industry which had already taken a hit due to the circumstances of the last few years.

So, needless to say, as we can see in its immediate effects, this war is inarguably going to be very consequential for the trajectory of Europe and the broader international order in the coming years. It should also indicate to us that at the current moment, after years of continuous friendly gestures and attempted “resets,” Russia under Putin does not intend to engage with us in good faith, as a statement issued March 1 by the Russian embassy in Ottawa encapsulates quite well.

Accusing the West of propagating “Goebbels-style propaganda” and “fake news,” the statement maintains that the Russians are not occupying Ukrainian territory and are actually the ones “ending a war” by “demilitarizing” and “de-Nazifying” Ukraine.

“The Ukrainian authorities and its Western patrons are committing monstrous and inhuman provocations in order to put all the blame on Russia,” it says.

Citing the existence of a few prominent neo-Nazi groups active in Ukraine, it is an attempt to gaslight the West and undermine the alliance by making its members self-conscious over its support for the ostensibly Nazified Ukraine. Never mind that Russia’s indiscriminate bombings of civilian areas have been seen in real time and other acts that don’t compute with the claim that Russia is acting as nothing more than the conscientious peace-maker ending a conflict.

This also flies in the face of the reality that Putin has been making it plain he wanted to wage a revanchist war on Ukraine. In a July 2021 essay, he claimed that “Russia was robbed” of its lands in order to create modern Ukraine. Moreover, he contended that Ukraine is a Soviet-created entity whose culture and way of life was only ever developed and preserved through its connection to Russia.

The crux of this is that in Putin’s mind, he cannot reconcile himself with the idea of an independent Ukraine without undermining his own legitimacy. Thus, what is happening now is inevitable and considered by him a necessity if Russia is to reassert itself among the world powers. The embassy’s propaganda is only repeating these fantasies, which goes to show further that any meaningful diplomacy with Russia will be close to impossible now due to the delusions of its leader and his diplomats’ peddling of them.

This is in addition to the list of offences with which Russian embassies and their envoys have been associated. They have included spying and espionage, and plausible accusations that the embassies have had a hand in attempts to target Putin’s critics abroad. The abuse of diplomatic status has been happening consistently for far too long for it to be maintained. And with the invasion of Ukraine finally laying bare Russia’s true intentions, sending its diplomats home should have been among the first things Ottawa did.

Shane Miller is a political writer based in London, Ontario.

In a Sign of Our Woke Times, Parks Canada Cancels Learn-to-Camp Lesson After Activist Complains 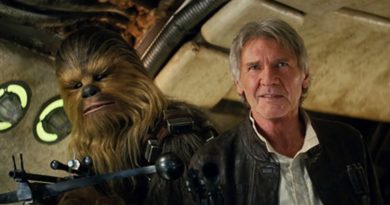 Trashing Men in the Movies