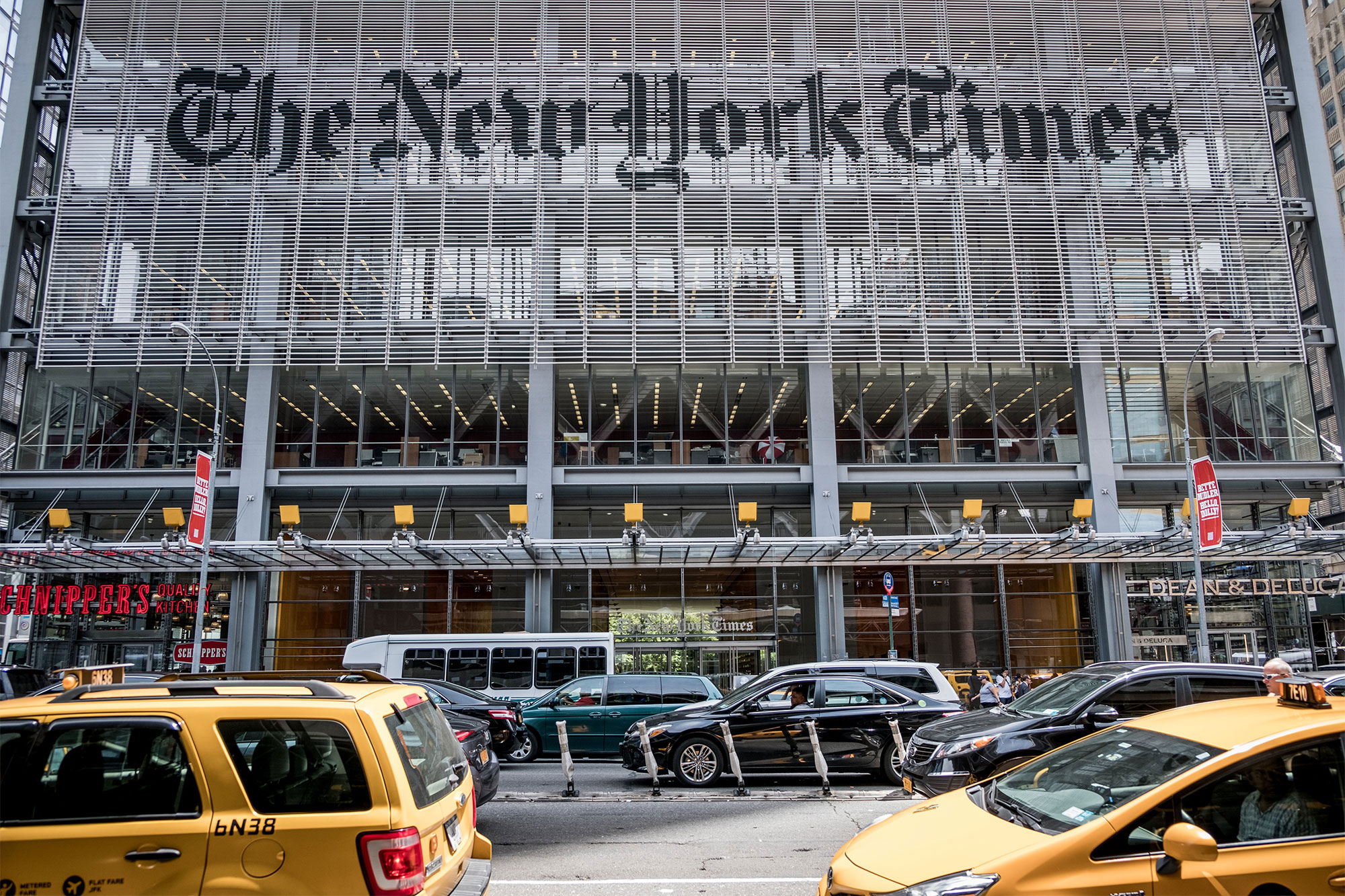 “Use of ‘Civil War’ Soars After Mar-a-Lago Search” ran the front-page New York Times headline, above a story hyping a supposed right-wing obsession with a coming conflict, rife with the suggestion that widespread violence could be just around the corner. Yet the piece is empty of anything you could call “evidence.”

Twitter posts with “civil war” rose 3,000% soon after the Mar-a-Lago raid, we’re told — eventually to learn that the trend peaked at 15,000 tweets an hour. Yet more than 500 million tweets get sent every day.

“Many” people only use the phrase as a “metaphor,” the Times concedes through gritted teeth (it’s almost everyone, in fact), but “some” are serious.

And professional “experts in extremism” are very happy to give Times reporters quotes about how “ominous” this all is — though they also hedge relentlessly.

No, really: The story sums up one expert’s take as, “People who have been influenced by Mr. Trump’s complaints about the ‘Washington swamp’ and ‘deep state’ forces working against him and his allies” have been “stirred in a smoldering crucible with QAnon conspiracy theories, anti-vaccine views and election denialism” to fuel — brace yourself — “a growing hostility toward the federal government and rising talk about states’ rights.”

“Rising talk of states’ rights”? Seriously? We know Times readers love to quake at the thought of right-wing violence, but even they had to be scratching their heads at that one.

We’re told that “coded language” might provoke “seemingly random acts of violence,” but get not a single example of such violence — certainly nothing to compare to the Bernie Sanders fan who opened fire on GOP congressmen at a softball practice, nearly killing Rep. Steve Scalise.

Conspicuously, the Times doesn’t even try to show a rise in actual righty violence that the supposedly growing delusions might create — other than the Jan. 6 riot (nearly two years old and universally condemned) and an armed anti-lockdown mob that entered the Michigan Capitol building but did nothing.

All the whole thing boils down to is that a bunch of Americans found the armed FBI raid on an ex-president’s home shocking and Biden’s recent “MAGA extremism” speech divisive as hell, and posted about it in one forum or another. Period.

Ken Bensigner, the lead author of this piece of opinion dressed up as news, describes himself as an LA-based reporter covering right-wing media. Last time we looked, we didn’t see the nation’s so-called paper or record having a reporter covering only left-wing media. That in itself speaks volumes to its bias.

We’re really not sure if the Times is hoping for its coverage to seduce this supposed movement into existence, or simply striving to back up Biden’s “threat to democracy” shtick. But it’s sure not “news,” or “fit to print.”

The Nation’s Fixation on the Search for Gabby