Earlier this year, the U.S. Supreme Court affirmed an individual right to keep and bear arms, and to carry them in public. The June decision was New York State Rifle & Pistol Assn. v. Bruen, handed down on June 23. Its main finding was a New York gun-control law “violates the Fourteenth Amendment by preventing law-abiding citizens with ordinary self-defense needs from exercising their Second Amendment right to keep and bear arms in public for self-defense.”

The 14th Amendment stipulates, “No State shall make or enforce any law which shall abridge the privileges or immunities of citizens of the United States; nor shall any State deprive any person of life, liberty, or property, without due process of law; nor deny to any person within its jurisdiction the equal protection of the laws.”

As Justice Clarence Thomas makes clear starting on p. 52 of his majority decision, the Fourteenth Amendment wording is key because gun control after the Civil War often was used to ban the newly freed slaves from owning and carrying guns.

I bring this up because federal judge Roger Benitez just voided part of Senate Bill 1327, a gun-control bill which received final passage on June 29, just after the Bruen case, at the urging of Gov. Gavin Newsom. In the Senate summary, it “establishes privately-enforced civil causes of action against persons who manufacture or cause to be manufactured, distribute, transport, or import into the state, or cause to be distributed or transported or imported into the state, keep for sale or offer or expose for sale, or give or lend certain firearms.”

The judge especially objected to the bill forcing plaintiffs, such as gun makers and sellers, to pay for the legal fees of the private persons bringing the lawsuits.

It’s an odd bill inspired by a Texas abortion law Newsom had objected to, Senate Bill 8 from 2021, the Texas Heartbeat Act, as part of his feud with the states and governors of Texas and Florida. That law allowed private citizens to bring civil lawsuits against those performing abortions after six weeks. So far it has been upheld in court. But it wouldn’t surprise me if the U.S. Supreme Court eventually threw it out on technical grounds.

Another reason the court could do that is because on June 24 it revoked its 1973 Roe v. Wade decision finding a right to abortion somewhere in the Constitution, voiding every state abortion law, including those that already legalized it, such as California’s 1967 law. The new decision, Dobbs v. Jackson Women’s Health Organization, threw abortion law back to the states.

Thus, it turned out Texas didn’t need its convoluted SB 8. Indeed, once the Dobbs decision was handed down, it “triggered” an earlier Texas law that banned abortion from the time of conception unless “a life-threatening physical condition aggravated by, caused by, or arising from a pregnancy.”

The main result of this fracas was to enhance Newsom’s bona fides as a pro-choice leader in the Democratic Party, leading to his inevitable run for president, either in 2024 if President Biden doesn’t seek re-election, or in 2028.

As to the new Benitez decision on SB 1327, this judge has long been a champion of Second Amendment rights against the attacks on that crucial right by Newsom, Attorney Gen. Rob Bonta, and the California Legislature. Although it must be conceded Bonta has instructed county sheriffs, who regulate concealed-carry permits, to apply Dobbs generously.

As I wrote in The Epoch Times in Oct. 2021, “In June [2021], U.S. District Court Judge Roger Benitez threw out the state’s strict ‘assault weapons’ ban, the Roberti–Roos Assault Weapons Control Act of 1989. … In June the Benitez ruling in the case, Miller v. Bonta, was stayed by a three-judge panel of the Ninth Circuit Court of Appeals.”

That’s where the case currently stands. Given the handing down of the Bruen case, it’s possible the U.S. Supreme Court also could stand with Benitez on both Miller v. Bonta and the new AB 1594 decision.

Performing some judicial ju-jitsu, on Dec. 19, Newsom gave this statement on Benitez’s decision:

I want to thank Judge Benitez. We have been saying all along that Texas’ anti-abortion law is outrageous. Judge Benitez just confirmed it is also unconstitutional. The provision in California’s law that he struck down is a replica of what Texas did, and his explanation of why this part of SB 1327 unfairly blocks access to the courts applies equally to Texas’ SB 8. There is no longer any doubt that Texas’ cruel anti-abortion law should also be struck down.

Actually, protecting babies isn’t “cruel,” but what government is supposed to do. It’s all so cynical. The Texas law was passed because Roe prevented any other way for states to regulate abortion. When Roe was overturned, the reason for SB 8 became moot, as the other Texas law banning abortion went into effect.

Roe itself was a cynical ruling, based on what Justice Byron White at the time branded “raw judicial power.” It provoked almost five decades of contention until the Dobbs decision returned abortion to where it belongs, with the states. Such cynicism about the rule of law erodes people’s faith in the entire American political system, leading down a path too dark to contemplate. 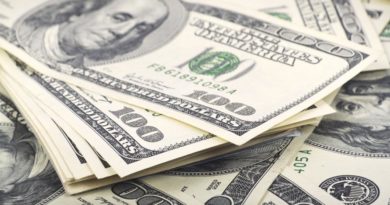 The Border Goes North, and Blue City Mayors Melt Down