Dean Preston, a member of the San Francisco Board of Supervisors, has set the wheels in motion to put a residential vacancy tax on the November ballot.

His proposed “Empty Homes Tax” is a direct threat to one of the fundamental tenets of our American way of life: the concept of private property. What’s at stake here is the basic right of private persons to accumulate, hold, delegate, rent, or sell their legally held property as they choose.

Preston, who identifies himself as a Democratic Socialist on his website, and others who favor such a tax say they are creating housing and money to subsidize housing. But what they are really after is your housing and your money to fuel their own movement.

A San Francisco vacancy tax would put down deep new roots of government control over private property and set the stage, even, for confiscation. This is a plan that completely ignores the benefits that a free market economy provides in creating stable prices and rents, accessible mortgages, and long-term rentals supported by good jobs and steady incomes.

Here is how the tax would work. Beginning in 2024, owners of San Francisco residences would pay a new tax on any unit left vacant six months or more per year. The amount of the tax depends on square footage—a blatant trick to rewrite the intention of Proposition 13 that protects homeowners from local taxes based on assessed value. The amount of the tax also depends on how many years in a row you report a vacancy.

Cleverly, the advocates for this vacancy tax “exempt” properties with just one or two units. But that is nothing but a smokescreen to encourage approval of the measure by such property owners. As it turns out, the language appears to allow the Board of Supervisors to eliminate such exemptions without public approval once the measure is passed.

Public advocates of the tax quote an inflated and misleading “40,000 vacancies” in San Francisco. They claim that most of those vacancies are “immoral” and that the units will return to the housing sector if the city simply taxes the “wealthy and privileged owners.”

In addition, they think they will raise almost $40 million to subsidize housing. Bingo! Homelessness solved. Voilà! Our housing needs are fulfilled.

Back now to reality. What is the actual number of vacancies in San Francisco? Why are the units vacant? How many might be subject to the tax? We’ll wade into the details and cut through the nonsense.

“Other vacant” is a catch-all that includes units in foreclosure or probate, condemned, being renovated or upgraded, and owner in care. This is also the category that includes most of the residences held vacant by owner choice that Preston wants to target.

The survey counts a residence as “vacant” if there is no occupant or if whoever lives there intends to depart within two months, so this does not pinpoint six-month vacancies. Also, the survey does not count how many units might be exempt.

Where in these vacancy categories do the magical numbers exist that make their tax workable?

Policy wonks who work for Preston have shared their aggressive projections: They say that the tax would be paid on about 7,300 residential units, to fund annual revenue of $40 million, and that an additional 9,700 vacancies will convert to housing. That’s a total of 17,000 units of SF housing stock, or about one half of all the vacant units in the city in all five of the above categories!

It appears that Preston and his ballot measure are not really targeting long-term vacancies that could, in their eyes, be put to better use; they are actually targeting half of the vacancies of every kind, for any reason, at any moment in the city.

The goal of this vacancy tax proposal is not to provide more housing, but to promote a certain agenda that favors government control of private assets. The architects of this vacancy tax do not acknowledge free market forces of any kind—homeowners and landlords set prices and rents too high, and take too long to sell, rent, or renovate. Real estate investors who develop or acquire housing are all “speculators” who “hoard” it. Owners who choose to keep their units vacant must compensate the “community.”

This tax will have to be paid by many owners with legitimate and justifiable reasons not to occupy or rent their properties on a full-time basis, but Preston and his supporters don’t acknowledge that.

San Francisco has already committed to building over 82,000 additional residential units in the next seven years under California state mandates that set specific affordable housing goals. In fairness to Mayor London Breed, she has tried three times to knock down barriers to new housing construction.

She recently attempted to place on the June 2022 ballot a measure to greatly streamline approvals of new buildings with 25 or more units, in exchange for a higher affordable housing requirement. The Board of Supervisors killed that plan last November, and several similar plans before that. Today’s Board of Supervisors is an impediment to growing the housing stock.

It’s not for lack of funding. Through taxes and local bond measures, San Francisco taxpayers have already funded $1.8 billion for affordable housing in 2019–2023 alone! Yet Preston argues that his (unrealistic) projection of $40 million is significant additional revenue.

The vacancy tax is an insidious distraction that has nothing to do with building more housing. It casually asserts government control over the domicile, which in the vast majority of cases is the most significant investment in a person’s lifetime.

Has it worked in other cities? In 2018, Oakland imposed a vacancy tax on all property—residential, commercial, and industrial—but applied it only after 10 months of annual vacancy. Residents awakened too late to the fine print. The city is now in an uproar because the tax applies to vacant lots zoned residential, many owned by middle-class families with long-deferred dreams of building homes. In some cases, the vacancy tax is more than state and local property taxes! Revenue from Oakland’s vacancy tax is 30 percent below projections.

Advocates cite Vancouver as a great success story. Free from the constraints of Proposition 13 we have here in California, Vancouver in 2017 levied an annual tax of 1 percent on assessed value of residential units with a six-month vacancy. First year revenue exceeded projections, and “tenanted” properties rose from 2017 to 2018; but this reflected a real estate market recovering from a temporary collapse of home sales that had left residences empty.

As its residential market stabilized in 2018 and 2019, Vancouver’s vacancy tax revenue declined. So the city tripled the tax rate to 3 percent of assessed value per year. On top of that, British Columbia Province has imposed its own vacancy tax rate of 2 percent, on foreigners only.

Washington, D.C. is a frightening American tale of the residential vacancy tax unleashed. A 30-day residential vacancy triggers an annual tax of 5 percent of assessed value. Homeowners are required to list the address on a publicly available online registry and to place a large purple sticker on the front of the building. There is a vacancy hotline and organized neighborhood watch groups.

Elsewhere? Paris recently tripled its vacancy tax. Barcelona has begun to seize residences left vacant and sell them for half of fair market value.

If this vacancy tax passes in San Francisco, what might happen down the road?

There is bad news in the fine print of Dean Preston’s ballot measure. The Empty Homes Tax authorizes the Board of Supervisors to make changes without another vote of the people.

If the measure passes, the California Constitution offers some, but very little, actual protection. Under Article XIII(C), the Board is bound only by the maximum penalty in the ballot measure. The supervisors might attempt to apply the maximum penalty of $20,000 per year to lower square footage residences or in the first year of a vacancy, or to eliminate the exemption of two or fewer units, or to reduce the number of vacant months that triggers the tax.

Such changes by the Board, if made without seeking voter approval, might be challenged in the courts, with the supervisors represented by recently appointed City Attorney David Chiu. In 2019, as a member of the California State Assembly, Chiu authored the legislation that imposed rent control statewide.

Dean Preston did not ask his fellow supervisors to co-sponsor the Empty Homes Tax, who by a vote of 7 out of 11, could have placed the measure directly on the earlier June ballot. Instead, Preston chose the path of signature petition, which requires only about 9,000 signatures from registered voters (in this case, by Aug. 17) to place the measure on the November ballot.

We speculate that the signature gathering might be coordinated with canvassing to fight the recall of progressive District Attorney Chesa Boudin and other political misadventures on the San Francisco far left this year, and so we expect this ballot measure will qualify for a vote this November.

There is a reason Preston chose the signature petition path. California courts have ruled that signature petition ballot measures that raise taxes require only majority approval of the voters. Had this gone on the ballot through the Board of Supervisors, passage would have required two-thirds approval by the voters.

It is critical that voters inform themselves about the realities of this “Empty Homes” legislation and the harm it will do to ownership and the market forces that truly determine the number of affordable housing units available in San Francisco.

Let us remember that the top of the California Constitution, Article I, Section 1, the “Declaration of Rights,” states: “All people are by nature free and independent and have inalienable rights. Among these are enjoying and defending life and liberty, acquiring, possessing, and protecting property, and pursuing and obtaining safety, happiness, and privacy.”

San Francisco should also update for the 21st century two British maxims: “For a man’s house is his castle” (Sir Edward Coke, 1628) and “The poorest man may in his cottage bid defiance to all the forces of the crown. It may be frail—its roof may shake—the wind may blow through it—the storm may enter—the rain may enter—but the King of England cannot enter” (British Prime Minister “Pitt the Elder,” 1763).

Tony Hall is a former supervisor for San Francisco’s District 7. He has held executive and administrative positions positions in seven different City departments in all three branches of government- Executive, Legislative, and Judicial over a 33 year period. He is also a highly regarded vocalist-entertainer in the Bay area. 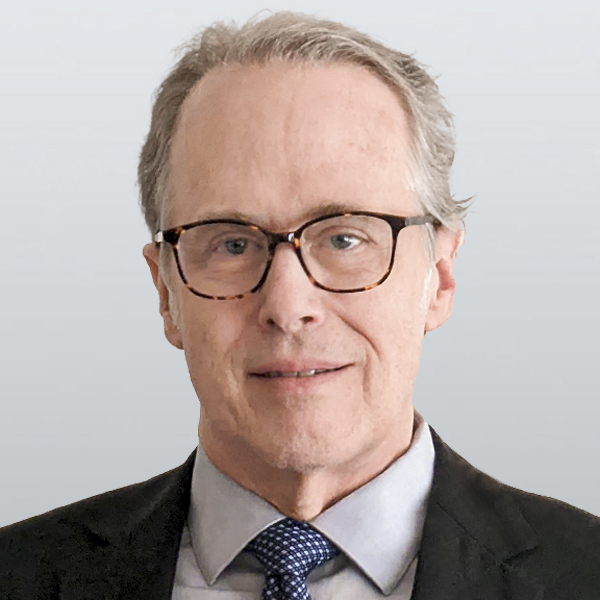