President Biden’s latest effort to impose a cordon upon the Russian economy and place pressure upon the regime of President Vladimir Putin comes in the form of executive order 14066, which blocks the import of all Russian crude oil, petroleum, petroleum fuel, oil derivatives, liquefied natural gas, coal, and coal products. In 2021, the United States purchased approximately 670,000 barrels of petroleum per day from the Russian Federation, representing 8 percent of our total petroleum imports.

The White House’s short-term solution to this impending shortfall and the highest gas prices in American history is two-pronged. First, Biden plans to release 30 million barrels from the U.S. Strategic Petroleum Reserve. U.S. petroleum consumption rested at approximately 20 million barrels per day in 2021; such a release would—in a vacuum—sustain this demand for a grand total of 1.5 days.

To make up the remainder, Biden has begun negotiating with Venezuela, Iran, and Saudi Arabia. Iran and Venezuela are already under stringent U.S. sanctions, which would be partially lifted to enable a potential energy deal.

Putting aside these regimes’ sparkling track records of terrorism sponsorship, journalist executions, and human rights atrocities, this deal would directly strengthen countries that are clearly diametric opponents of U.S. strategic interests. Moreover, Venezuela and Iran are long-time allies of Moscow, and have been heavily bolstering their ties to Russia and China in recent years.

What is to stop Venezuela and Iran from buying Russian oil once their sanctions have been lifted, and then selling that oil to the United States for higher prices? Nothing like turning a profit at the expense of Uncle Sam, which can in turn be used to fund Hezbollah.

Everybody but the United States wins from that deal—including Russia; Moscow will simply be able to transfer its oil exports to its allies. As the Heritage Foundation’s Jim Carafano recently wrote, “If you’re doing business with the friends of Russia, you’re helping out Russians. It’s that simple.”

Just as this shift from Putin to Iran’s supreme leader Ali Khamenei or Venezuelan President Nicolás Maduro would prove counterproductive, it is also unlikely to substantially mitigate our domestic energy costs. The damage has already been done.

When Biden took office, gas prices sat at approximately $2.48. On his first day at the Resolute desk, Biden signed executive order 13990, which canceled the Keystone XL pipeline. Keystone XL would have supplied Texas refineries with 800,000 barrels of crude oil from Canada per day.

Further, Biden has blocked oil and gas companies from leasing new property on federal land, significantly increased regulations across the industry, and restricted drilling for new oil on substantial swathes of federal property, including the Arctic National Wildlife Refuge.

Our current gas price of $4.33 represents a 74.6 percent increase in just 14 months, heavily correlating to the highest inflation rate since the 1970s. As was the case during 1970s stagflation, energy has been a primary driver of the overall inflation rate.

If Biden truly wants to reduce energy prices, reversing his misguided policies is where he should begin. Yet, as economically damaging as these aforementioned short-term price shocks are, Biden’s pandering to the international climate movement carries equally problematic long-term implications for our energy dependence.

Biden’s overarching environmental agenda is to cut U.S. greenhouse gas emissions in half by 2030, and achieve net-zero emissions by 2050. The aforementioned executive actions implemented by the Biden administration are one principal mechanism for achieving these goals.

Environmental, social, and governance (ESG) scoring is the other mechanism. These scores are essentially a social credit framework for a company’s sustainability reporting. A company’s risk profile is subjectively determined by amalgamating both financial and non-financial aspects into an overall score, which then determines whether that company is an attractive target for investment.

The Biden administration has worked with global financial elites, Wall Street titans, and international organizations to institutionalize ESG within our economic infrastructure. Due to this network’s combined influence and leverage, 98 percent of U.S. companies now report ESG metrics.

So, if a traditional energy company is slapped with a low ESG score, it will not be seen as an attractive target for investment.

Let’s bring this full circle in the context of oil dependence.

Under the Trump administration, the United States experienced an energy renaissance based not only upon increased drilling and lax regulations, but also unprecedented innovations in drilling technology, especially hydraulic fracturing.

Fracking gives us access to vast new crude oil deposits. Crude oil, however, is not a homogenous product, often differentiated by its density and sulfur content. Most newly accessible U.S. deposits yield “light” and “sweet” crude oil, whereas countries such as Canada, Venezuela, Russia, and Iran yield heavier varieties.

The problem is that most U.S. oil refineries are designed to process heavy crude oil. This is why we still rely upon foreign sources—these refinery characteristics have made it more economically efficient to import heavy crude, and export the light crude we naturally produce.

A logical solution that would result in long-term U.S. energy independence would be re-purposing some of our refineries to process light crude, despite its initial short-term costs. We could both sustain domestic demand, and export surplus for a profit.

Yet—Biden’s policies restrict energy companies’ abilities to tap into our domestic resources, which also disincentivizes companies to overhaul their refineries. Why change the refinery if there isn’t much surplus to refine?

In tandem, the ESG system disincentivizes investors from contributing to energy companies, which could use such funds to finance research and development geared towards optimizing existing technologies, innovation, and refinery updates.

If we desire true energy dominance­—not to mention economic superiority, lower prices, higher standard of living, and enhanced national security—there is a simple solution: Allow energy companies to operate in the free market, according to the laws of supply and demand. 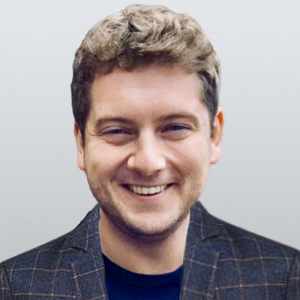 Jack McPherrin is research editor at The Heartland Institute.