The 2020–2022 pandemic split parties and ideologues, separated friend from friend and family members from family members. Neighbors were dangerous, and strangers even more so: the invisible enemy stalking our lands overturned every other concern in life: The conflicts it spurred replaced bonds of affection with fear and hatred.

More than ever, we need calm and level-headed thinkers, honest and willing to admit past errors, with eyes wide open for the corruption of industry or government itself. In other words, we need as little politics as humanly possible. As I wrote in a previous piece: we need “people without a clear ideological position, and who can thus appeal to audiences across the political spectrum.”

Two sane figures recently attempted the impossible: to speak calmly to the other side, trying earnestly to explain what happened—Konstantin Kisin, of the popular show Triggernometry, and Columbia sociology professor Musa al-Gharbi.

Kisin begins his monologue with “You’re struggling to understand why some people are vaccine hesitant. Let me help you.”

He uses no study result, no appeal to the biological effect of the drug that has become the main symbol of the Covid conflict; no death rates or R0; no projection of spread or what number of lives lockdowns may or may not have saved. Instead Kisin, for 13 spellbinding minutes, walks us through the many good reasons that people had—before and during Covid—to distrust the elites in politics, business, and media. If this is a question of (dis)trusting the establishment (including “the” Science), you must ask what the establishment did to no longer deserve that trust.

The tale begins years ago, with the Brexit vote and with the election of Donald Trump. Those events shocked the pompous leaders of the universities, the pollsters who confidently said it wouldn’t happen, the media pundits who so convincingly described to us the madness of such prospects.

For a brief moment after the unthinkable had happened, if you recall, there was an earnest desire for inclusivity—for inviting in the views that had gone overlooked in the other half of these countries. Outlets like the New York Times made an effort to portray conservative views and show the kinds of people who had long felt alienated and ostracized from civilized society. As despicable and difficult it was for their core audience to see, revealing perspectives and objections is better than silencing and hiding them.

The efforts didn’t last long and in 2019 and 2020, the monolithic thoughts that dominate these institutions willingly put their blinders on—tighter and more aggressively than before.

Kisin’s final minute is the most powerful thing in these disease-ridden past two years:

“The same people who told you Brexit would never happen; Trump would never win, and that when he did win, it was because of Russian collusion, then because of racism; that you must follow lockdown rules while they don’t; that masks don’t work and then that they do; that protests during lockdowns are a health intervention; that ransacking black communities in the name of fighting racism is mostly peaceful justice; that Jussie Smollett was the victim of a hate crime; that men are toxic; that there’s an infinite number of genders; that Covid didn’t come from a lab, and then that it probably did; that closing borders is racist, and then that it’s the most important thing to do; that the Hunter Biden story is Russian disinformation, and then that it’s not; that they would not take Trump’s vaccine, and then that you must take the vaccine; that Governor Cuomo is a great Covid leader, and then that he’s a granny killer and a sex pest; that the number of Covid deaths is one thing and then another; that hospitals are filled with Covid patients, and then that many of them caught Covid in hospital.

These are the same people now telling you that the vaccines are safe, you must take it, and if you don’t you will be a second-class citizen.

Like Steve Carell’s character says in that glorious scene from “The Big Short,” “Short everything that guy has touched.” These guys have fooled us once too many times: we will not comply.

The long-read for the British newspaper The Guardian by Musa al-Gharbi is even more important, partly because he speaks to his own side and partly because the piece runs in an outlet that has been heavily on the vaccine-cherishing train. Building bridges begins by showing those on your own side of the river what the land looks like on its far side.

And al-Gharbi perfectly captured the mind of the current skeptic. He lists, bullet-point by bullet-point, the clear and sensible reasons why anyone would refuse to follow along. To most of his audience, these vaccines are fantastic miracles, life-saving devices, their impact ending the pandemic in one fell swoop: “failure to comply with the directives of public health officials,” writes al-Gharbi, has thus seemed insane to the audience he addresses—probably “driven by some pathology or deficit.”

“debates turn around identifying the primary malfunction of ‘those people’: Are they ignorant? Brainwashed? Stupid? Selfish and apathetic? All of the above? Left off the menu is the possibility that hesitancy and non-compliance may actually be reasonable responses to how experts and other elites have conducted themselves, both before and during the pandemic.”

The vaccines were developed too fast, without the long and rigorous testing regimes we usually apply to pharmaceuticals to ensure efficacy, correct dosage, the target demographics, safety, and observation of long-term harm (if those safeguards are optional and superfluous, why do we have them in normal times…?). Both Biden and Harris vocally pushed against “Trump’s vaccine,” but when the power of government passed into their hands, the tune was suddenly very different. Many people smelled a political rat.

Dr. Fauci himself has engaged in noble lie after noble lie to get people to do what he says is crucial for them: if he lied about the masks and then the Wuhan lab financing and then herd-immunity targets, why should anyone believe that he hasn’t lied about more things? That the advice his agency gives out is sound? That the science he says he represents is as all-encompassing and definitive as he and others deferring to him let on?

Step by step, month by month, and variant by variant, writes al-Gharbi, the figures of vaccine efficacy kept dropping:

“the main benefit of vaccination has been revised down dramatically—from outright preventing infections to reducing severe infections—even as people are encouraged to get more and more shots in order to achieve that benefit.”

But the official advice remained, intensified even, as did the public’s discourse. Somehow, the anger against the unvaccinated strengthened.

This is not what we were promised when, in early 2020, we stoically and proudly began sacrificing aspects of our personal lives for the public good. On top of that al-Gharbi points to the billions that Big Pharma makes out of vaccines—a point that should weigh heavily on The Guardian’s readership. And harms stemming from vaccines cannot be pursued in court, as the U.S. government shielded the companies from liabilities in order to speed up the vaccine-creation process.

Add misleading statistics, former MSNBC hosts losing their minds, modeling predictions gone haywire and it isn’t hard to see why many people want to opt out. Something is rotten in the state of Denmark, and the only tangible act of dissent that most people have is refusing a needle in their arm.

In genuine scientific efforts, admits al-Gharbi, people are routinely wrong—that’s how the process works and how the sum knowledge of humanity improves. Instead, in the plague years we received

“spokespeople (and ‘Trust the Science’ stans) [who] regularly concealed uncertainties, suppressed inconvenient information and squashed internal dissent in an ill-conceived effort to seem maximally authoritative. Rather than enhancing confidence among skeptics, these moves often made authorities seem incompetent or dishonest when they were forced to change their positions.”

There are few public officials who haven’t shunned the rules they themselves made, but of course we all shun the rules—they’re impossible to live under. The hypocrisy just looks so much worse when it’s the rulemaker himself or herself doing it. Al-Gharbi’s summarizing paragraph is almost as powerful as Kisin’s:

“In a world where the experts are regularly wrong but continue to project high levels of confidence even as they change their minds and update their policies, where elite narratives about the crisis often seem to be inappropriately colored by political and financial considerations, where those who share one’s own background, values and interests do not seem to have a seat at the table in making the rules—and especially among populations that have a long history of neglect and mistreatment by the elite class (leading to high levels of pre-existing and well-founded mistrust even before the pandemic)—it would actually be bizarre to unquestioningly believe and unwaveringly conform to elite guidance.”

This is the story that those skeptical of vaccines see: a dissonance between official words and reality that no amount of social ostracism or edicts from on high can eliminate. This is the story of a tribe of navel-gazing authoritarians imposing rules on the rest of us, rules that don’t make sense, that are routinely flaunted by their proponents, and in aggregate don’t achieve the goals they’re said to achieve.

There is no reason to puzzle about the loss of trust and the rise of grave skepticism about elite plans for our lives.

From the Brownstone Institute 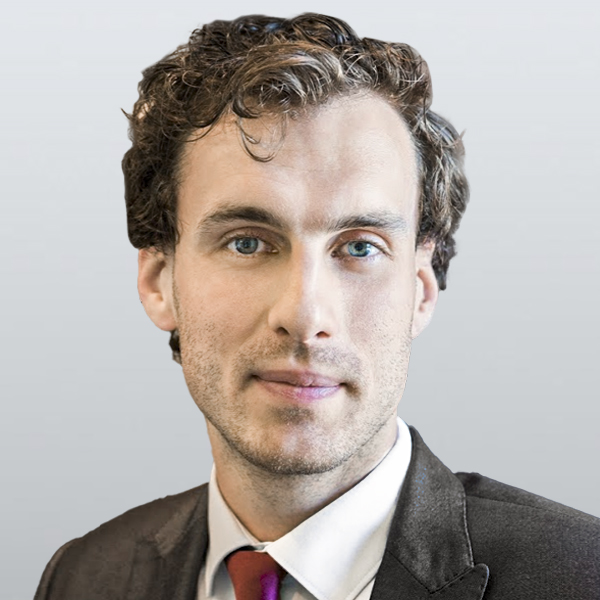 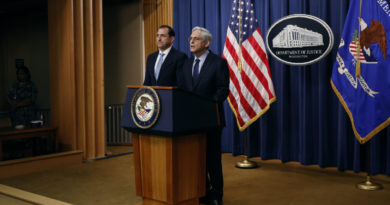 Not a Coup, but a Cover Up

Why this pro-choice Democrat is voting Lee Zeldin for governor