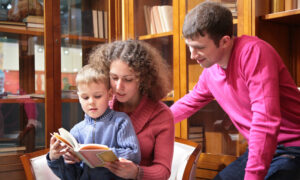 “’Besides,’ added Papa, ‘sometimes the price of things goes up, like gas. The price of gas for our car went up twenty cents just last week! Maybe the same thing happens with teeth.’” – Jan & Mike Berenstain, “The Berenstain Bears and the Tooth Fairy,” p. 8.

Sister Bear has just lost a tooth. It had been loose for a time, and it finally came out in this children’s book series about first experiences. Mama and Papa Bear tell her to put the tooth under her pillow so the Tooth Fairy can replace it with money.

There’s quite a bit of economic learning that can be had from this simple story. It’s learning that seemingly never reached all manner of economists, politicians, and the journalistic enablers of each.

In Sister Bear’s case, word on the street is that a quarter is no longer the going rate for a lost tooth. The Fairy now hands out dollars.

The quote from Papa Bear up above explains why. Sometimes money doesn’t stretch as far. More specifically, amid periods of currency devaluation, which was the definition of inflation for the longest time, money no longer purchases as many market goods as it used to.

Economists think economic growth causes inflation as demand outpaces supply, but they miss the basic truth that all demand begins with supply. These things balance. In reality, economic growth correlates with falling prices for much that was formerly out of reach, since growth is a consequence of investment, and investment is all about producing exponentially more for exponentially less.

Which speaks to another highly useful economic lesson within this slim children’s book. Before the tooth came out, Sister Bear had already begun to think “about what she could get with that dollar.” Would it be accessories for her “Bearbie,” or marbles, or a giant marker, a jumbo lollypop, or maybe a milkshake? The possibilities were endless.

What’s important about Sister Bear’s thoughts is that they explained “money” in ways that economists no longer can. Sister Bear’s musings are a reminder that no one wants “money,” buys and sells with “money,” or lends and borrows with “money.” In truth, the movement of money signals the movement of actual market goods. In other words, we want money because of what it can be exchanged for. The failure of economists and journalists to internalize this statement of the obvious is the source of all manner of economic misunderstanding.

Consider a recent column by New York Times economic journalist Neil Irwin. Irwin is elated that the trillions of so-called “stimulus” spending since the tragic lockdowns began has awoken lawmakers to their “leading role” in economic aid; a role that will push the Fed aside. Actually, neither the Fed nor lawmakers can stimulate economic growth. Sister Bear shows why.

She once again desires money for what it can be exchanged for, but money is only desirable insofar as there is production to exchange it for first. If anyone doubts this, they need only take their dollars to the Amazon River forests or to Antarctica to see how much their dollars will purchase them. Without production, money quite simply serves no function when it’s remembered that the sole purpose of money is to facilitate the exchange of market goods. Money doesn’t instigate production; rather it’s a consequence of production.

Applied to lawmakers and central bankers, they can’t create new wealth. They can only redistribute wealth already created. For them to pass out dollars to others, they must extract dollars from those who created the wealth in the first place. There’s no new demand. There’s only a shift of demand.

Irwin gleefully observes that “people like having money,” so the answer is seemingly to give them money. Growth will follow. No, it’s not that simple.

What Irwin misses is that people don’t “like having money” as much as they like having what money can be exchanged for. People like the fruits of production, but Irwin and the economists he listens to are calling for a scenario whereby government depresses the producers in order to stimulate the depressed as the path to growth.

Oh well, not only is there no growth in the above scenario, it’s also not one that would logically appeal to the depressed. If to some degree their depression is a consequence of a lack of money, then it’s in truth rooted in a lack of material goods. Remember, Sister Bear doesn’t want a dollar as much as she wants marbles, candy, ice cream, or Bearbie accessories.

All of which explains how deadening government spending is to economic growth. It’s not just that it’s perhaps a work disincentive, as some point out. What’s really awful about government spending is that it shrinks the dollar holdings of those most capable of saving (the stimulated) and shifts them to those most capable of consuming (the depressed). To the typical economist, this scenario is grand, since economists believe consumption drives economic growth. No, investment is the source of growth, and government spending logically shrinks the very investment that drives down the cost of most everything.

Please keep this in mind the next time politicians, economists, journalists, or all three react with elation to major spending plans. Not only do they not stimulate economic growth, they logically slow the process whereby goods and services are rendered more and more affordable. In short, the wealth redistribution that doesn’t stimulate also doesn’t help those it’s billed to help.

Paraphrasing Irwin, “people like having what money can be exchanged for.” Government spending means people get fewer things. How sad for those struggling, and how sad for Sister Bear.

John Tamny is editor of RealClearMarkets, vice president at FreedomWorks, and a senior economic adviser to Toreador Research and Trading. His new book is titled “When Politicians Panicked: The New Coronavirus, Expert Opinion, and a Tragic Lapse of Reason.” Other books by Tamny include “They’re Both Wrong: A Policy Guide for America’s Frustrated Independent Thinkers,” “The End of Work,” and “Who Needs the Fed?” He can be reached at jtamny@realclearmarkets.com.

The UN Fails Again on Human Rights in China

From the C-Suites to the Media, When It Comes to Energy, We Need More Balance, Less Fear