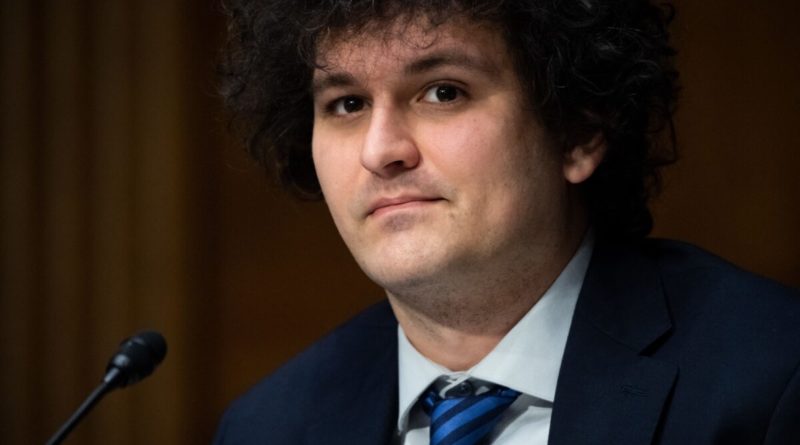 Nothing is corruptible as a motivation that is universally celebrated as perfect. There will always be a danger that such an unquestioned motivation works as a perfect cover for egregious moral harm. The writings of H.L. Mencken on puritanism comes to mind. In his literary career, he cultivated a keen awareness of how and when public figures deploy moral purity as a disguise for the opposite.

Philosopher William MacAskill’s notion of “effective altruism” is a case in point. Though it had escaped my notice until the furious and astonishing FTX scandal, the notion seems to have gained some kind of growing importance in the world of ideas. The theory is so utterly puerile that it is hard to believe that anyone took it seriously. It is simply that people should make lots of money so that they can give lots of money away.

So fascinating! So incredibly innovative!

Of course, that is what the Gilded Age megarich did but there is a huge difference between, say, Andrew Carnagie and Sam Bankman-Fried. Carnegie was a genius who worked extremely hard his entire life, with a cultivated knowledge set, discipline and wisdom born of experience, and a tenacious desire for productivity. He also brought the blessings of modern industrialism to the masses. After all, it is really hard to get really rich in a market. You have to figure out some way to serve others and be more excellent than the competition.

Sam, on the other hand, sat in classrooms, had powerful family connections, and fell into a racket. Next thing you know, in a mere three years, merely by living well in the Bahamas and doing all-nighters on Adderall, he became a twenty billionaire. Magic!

In normal times, when some inexperienced punk moves to the Bahamas, claims to have outwitted the whole of a mature industry, pawns off some air token as some kind of carrier of value, advertises that he is the best guardian of your savings, and then sucks up to politicians, certain alarm bells would go off.

How did he get away with this?

The key was that he pretended that he was generous at heart and only seeking to do good for the world. Somehow, in these times when civic motivation counts more than results, those magic words caused even very smart people to put their brains in cold storage. He was also good at acting the part of a Zuckerberg 2.0, more interested in public well-being than, for example, forming complete sentences and ironing clothing.

So, no, I’ve not read MacAskill’s book but it seems obvious that his fancy-pants utilitarianism turned out to be little more than a veneer for a vast criminal racket. Notice too that MacAskill’s own Centre for Effective Altruism received a generous humanitarian gift of $14 million from FTX’s own future fund. Both Sam and William enjoyed academic prestige courtesy of fashionable podcasts that advertised their scheme and let them ramble on for an hour each about their outlook on life.

The lesson I get from this is that the world of ideas—academia and media—are very easily snookered when the scam artist is good at throwing around the right words and phrases that enjoy a high degree of prestige in elite circles. Making money to give money away is one of those in our times. It’s the ultimate virtue signal: I’m not greedy; I’m super-generous!

In an economic sense, this notion might be more stupid than smart. Let’s say your kids start a lemonade stand and make $20 working all Saturday. They can take that $20, put it into signage and more supplies and a bigger stand and perhaps pull in $40 the next weekend. Maybe over the course of the summer they make $200 after the costs of capital and even labor from having employed their friends. Now that would be a great lesson in entrepreneurship.

Or they could quit after one day and give the $20 to the Humane Society. They have some satisfaction that they did good but they don’t do it again, and they certainly have nothing left to invest in the project’s future. The other option would be at the end of the summer to give half away and keep fully $100. It strikes me that this path is a better one all told. And yet today, there is this weird but fashionable ethos that making money is dirty and gross and no one should do it but instead give away their profits.

And what about the recipients themselves? How come the receiving charities are thrilled to make money from the work of others and keep it all? Why is William MacAskill somehow not expected to give back the $14 million he took from FTX—apparently it went to buying some extremely fancy headquarters—to the depositors in FTX who got robbed? Why are the receiving charities not expected themselves to be effectively altruistic? Why does the more imperative of altruism apply on to profit-making businesses but not to gigantic institutions—puffed up staffs and overpaid executives—that call themselves nonprofit?

My theory is that this philanthropic fashion is merely a transfer of the impulse of greed from the maker of profits to the receiver of the charitable proceeds. The racket works even better when the receiving charities are themselves family and friends of the proprietors of the money-making operation, as was the case this time. So, for example, Sam gave his brother’s lobbying organization (not really a charity) at least $1 million. That’s called keeping altruism in the family!

There are plenty of other recipients, including Stanford University, Johns Hopkins University, Brown University, various vaccine companies, another charity that claimed to be giving money to bloggers who turned out to be mostly people variously associated with Effective Altruism and FTX. Then there are the media organizations like Vox and ProPublica that were also on the take from this extraordinary generosity.

It all adds up to a vast funding network in which billions were sloshing here and there. You could call it a scam or a money-laundering operation but the first word that comes to mind is not altruism.

Now we have the investigator looking into the whole racket claiming that FTX had terrible accounting methods so of course he cannot be expected to be able to follow all the funding here and there. That’s highly convenient isn’t it? The guy is also so conveniently ignorant of technology that he told a Senate panel that Slack is nothing but a chat room, which is patently untrue. It looks for all the world like the attempt to get to the bottom of the cover-up is itself a cover-up. Same as the convenient timing of the Justice Department’s indictment: it stopped Sam from incriminating himself (and others) in Senate hearings.

And where is the pressure on the part of the receiving organizations and individuals to give up the money? They are all right now working to scrub their public websites of any link to FTX. So, for example, the Together trial that claimed to have debunked Ivermectin has a mysteriously changing website. The name FTX has been completely deleted from the website even though FTX was a major funder.

See how it works? Reality here is being dictated by disclosure: what they tell you is what we are supposed to believe is real. It’s a world of flimflam in which truth and fantasy blur. Sam is merely a misunderstood genius and tens of billions in missing funds is merely bad accounting.

Those of you who have an investigatory mind are free to dig through the handful of public grants to see who is who and who is what. You can only get it on Archive.org because the main website has disappeared from view. The recipients know for sure who they are. So do the propagandists. Instead of being altruistic, they are right now hoping that they will be able to keep their loot. Effective indeed!

‘What is a woman?’ exposes the lunacy of pro-trans extremism