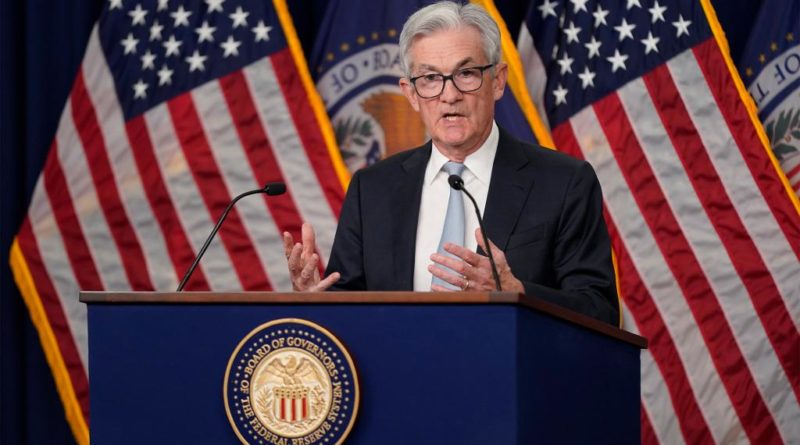 
Federal Reserve Chairman Jerome Powell indicated at the year’s start that the bank would need to be nimble and humble in raising interest rates to address a serious inflation problem the Fed itself helped create last year. But the Fed was anything but nimble and humble this year in pursuing the most aggressive monetary-policy tightening since the 1980s.

Fortunately, the Fed seems to be changing its tune by intimating Wednesday that it will take stock of how its tightening to date is affecting the economy before barreling ahead with further aggressive interest-rate hikes.

In particular, it’s underlining that it “will take into account the cumulative tightening of monetary policy, the lags with which monetary policy affects economic activity and inflation and economic and financial developments.” It would have done even better had it raised interest rates Wednesday by 50 basis points rather than the 75 it did.

If there is one thing upon which almost all economists can agree, it’s that monetary policy operates with long and variable lags. By this it’s meant that one should not expect to see instantaneous results from monetary-policy tightening — rather, one will find its full effects only realized after a period of at least one year.

By its statement Wednesday, the Fed finally seems to be acknowledging the very large amount of monetary-policy tightening it has already undertaken and its likely long-term economic effects.

It is not only that the Fed has now raised its key policy rate on four occasions in unusually large 75 basis-point steps. Or that it has engaged in quantitative tightening at the unprecedented pace of $95 billion a month. It is that key interest rates affecting the economy have skyrocketed, the dollar has soared and the equity and bond markets have swooned.

The Fed would be correct to anticipate that the more than doubling in mortgage rates from 3% at the year’s start to 7% percent at present is bound to send the housing market into a meaningful recession by making home-ownership prohibitively expensive. It would also be right to expect the 15% surge in the dollar this year to a 24-year high will soon do major damage to our trade balance by discouraging exports and cheapening the cost of imports.

At the same time, the Fed should be paying attention to the adverse consequences of its policies to date on financial markets both at home and abroad.

Since the year’s start, the Fed’s policy has caused the destruction of more than $10 trillion, or around 50% of GDP, in US household wealth. It has done so by contributing to a 20% decline in equity prices, a 15% decline in bond prices and a more than 60% drop in the cryptocurrency market.

It should also not escape the Fed’s notice that its policy tightening is occurring in the context of a very troubled world economy and worrying signs of serious strains in the world’s credit markets.

The Chinese economy is being hobbled by its zero-COVID policy and its property-sector bust, the European economy is on the verge of recession due to Russian-induced energy shortages and emerging-market economies are starting to default on their debts. Meanwhile in China, Evergrande and other Chinese property developers have defaulted on their debts. And in the United Kingdom, the pension funds have had to be bailed out by a Bank of England intervention in the gilt market.

Against this backdrop, one has to welcome the Fed’s apparent shift away from being solely driven by the data in its policy decisions to an institution that will be more forward-looking and more conscious of the long lags with which monetary policy works.

This is not to say that the Fed’s apparent shift will spare us from a hard economic landing. Rather, it’s to say that Wednesday’s decision to be humbler and nimbler in monetary-policy implementation has significantly diminished those risks. 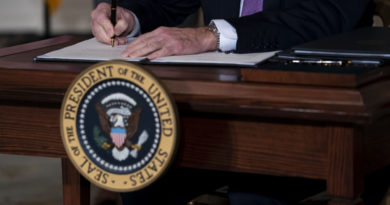 The Administrative Procedures Act Is Underutilized

French Literatis’ Group Think Turns to Side With Decency