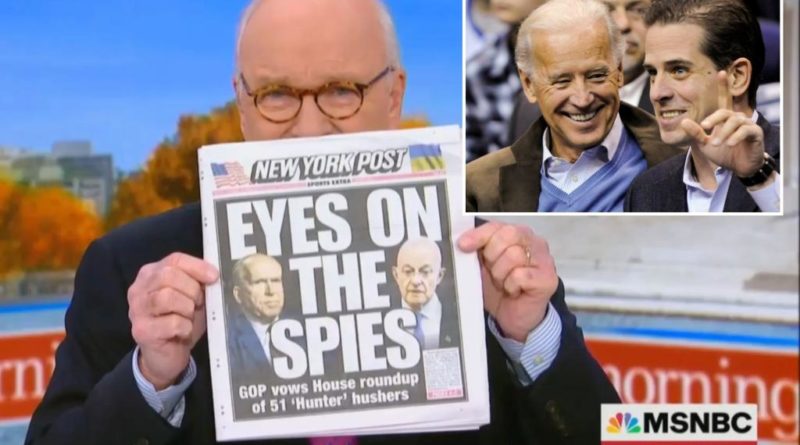 
The Post made a cameo appearance on “Morning Joe” Monday, to illustrate a typical Democratic talking point: deflection.

“If you want to know the future of the Republican Party . . . take a look at the cover of [the] New York Post,” said contributor Mike Barnicle, holding up a copy of our “EYES ON THE SPIES” front page.

“If you’re out there worried about your heating oil bill, your grocery bill or the status of your kids in school, forget about that because we have to get to the bottom of the Hunter Biden story; we have to bring in Clapper and Brennan and find out why they lied.”

To which the whole panel had a hearty laugh.

Allow us to retort, particularly to former Republican Rep. Joe Scarborough, who should know better:

Sign up for Devine Online, the newsletter from Miranda Devine

Out-of-control spending in the “rescue” act accounts for half of our inflation rate, an American Enterprise Institute study found. Republicans just need to vote no on massive spending. Vote no on incentives not to work. Vote no on tax increases. And guess what? The economy will get better!

Republicans can both make inflation better and get answers on how Twitter, James Clapper, John Brennan and others meddled in our elections. So laugh it up now; you won’t be laughing later.

A liberal network is pushing Biden’s hand for SCOTUS pick