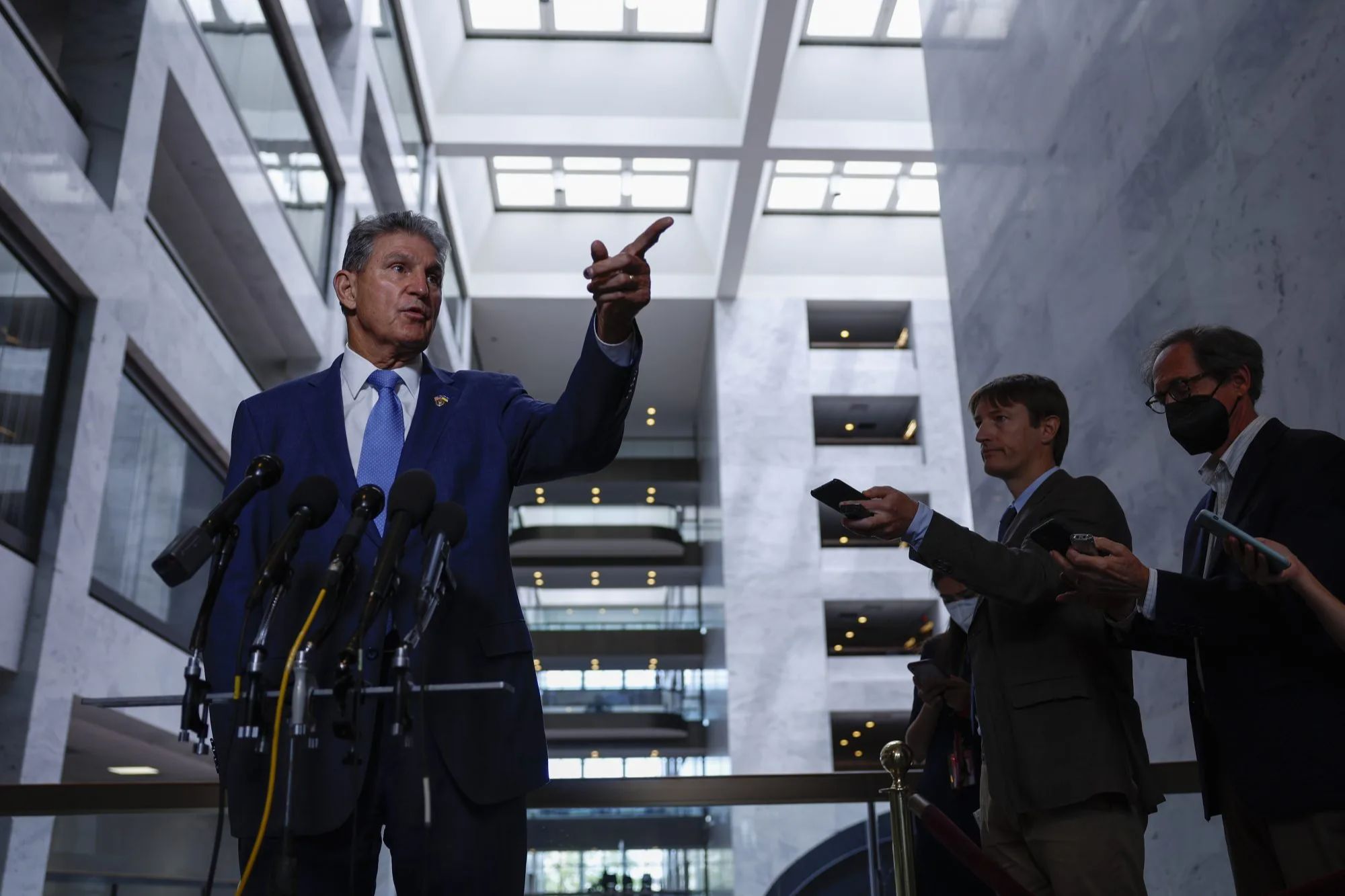 Why have Democrats taken to calling everything what it’s not? The word games from “woman” to “recession” are bad enough, but Sens. Joe Manchin and Chuck Schumer now offer an “Inflation Reduction Act” that doesn’t actually reduce inflation.

Oh, if it works out as they claim, the Penn-Wharton Budget Model indicates it might do a little inflation-reducing in a decade, but would actually goose it a bit first.

The White House’s favorite experts, Moody Analytics, read the bill as lowering the Consumer Price Index by a third of a percentage point — by 2031.

That really shouldn’t surprise, since this wasn’t remotely written to combat inflation. It’s simply another cut-down version of the Build Back Better package, which President Biden put on the table early in 2020, when no one in Washington was looking for ways to fight soaring prices.

The closest thing to an inflation-fighter in there is a bid to impose price controls on prescription drugs — whose prices are rising slower than almost anything else these days. Another big piece is about extending ObamaCare subsidies (which helps those who qualify for the help, but doesn’t touch the general inflation problem).

Another huge piece aims to fight climate change. That will likely increase energy costs: It gives the feds new powers to regulate greenhouse gases, which all but guarantees the shutdown of more fossil-fuel plants. It also raises taxes on oil and natural gas, which are still overwhelmingly the nation’s main energy sources.

The half-a-trillion or so in subsidies for green energy, meanwhile, won’t add to energy supply for years — and the power will probably still cost more than current sources. Do blackouts fight inflation?

In short, Schumer & Co. are just pretending to address the nation’s No. 1 issue while really chasing their same old agenda. If they helmed the Titanic, they’d be renaming the deck chairs.

Stop siccing the IRS on nannies & other tiny entrepreneurs