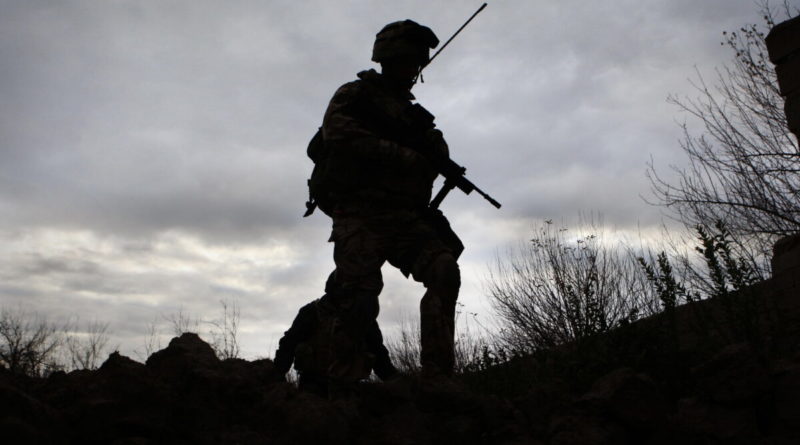 I served in Afghanistan four times between 2005 and 2010 while assigned to various U.S. Special Operations units. During the time I spent there, and in all the years since, I felt like it was worth it, despite the loss of friends and the seemingly never-ending war, which for a long time not a lot of people outside the military seemed to care about. And also, up to now, I felt that what I contributed to the effort in that country was important. But in August of 2021, in the aftermath of the complete collapse of the government of Afghanistan and the resurgence of the Taliban, my thoughts were … complicated.

As I’ve done many times in my life, after the fall of Kabul I turned to music to help me work through life’s challenges.  During my time on the ground inside Afghanistan, I served with the national-level Special Operations task force headquartered in Bagram. As Bagram was a very active (and therefore very noisy) airfield and given our night-focused operational schedule, it was hard to sleep at night.  Sorry, I meant it was hard to sleep in the morning because that’s when we went to bed.

One of the ways I dealt with the noise was to pop in earphones and crank up the music on my MP3 player. In addition to helping drown out some of the external noise, it had the additional benefits of providing soothing music and helped me mentally practice the songs’ lyrics and guitar chords.

While I still have that old player, I long ago lost the proprietary USB adapter that allowed the MP3 player to connect to my laptop. With no ability to add new songs, all the music has been frozen in time since 2010.

Reflecting on the recent news out of Afghanistan, last night I pulled out that old player from my desk drawer, popped in a fresh AAA battery and a new set of headphones, and took a trip down memory lane.

Counting the songs I had on there more than once, there were about 74 songs on that little orange player. The complete list is at the end of this article, with embedded links in case you want to hear some of the music yourself. Some of the songs on the list, like Brown Eyed Girl, were on there simply because they were easy for me to play on the Martin Backpacker guitar that I brought with me on all of my deployments. Other songs, the ones by artists like Sheryl Crow, Dido, and the Dixie Chicks, were there because my wife, Lilla, is an extremely talented singer and those songs made me think of her.

Still others like Hey Ya, were there to get me pumped up, and others, like Kind and Generous, helped me wind down. Bombs Over Baghdad, Babylon, and Rock the Casbah reminded me of my three tours in Iraq. Sail Away was on the list because my sister Kathy recommended David Gray.

My playlist also included a bunch of Allman Brothers songs, because of the band’s connection to Macon, Georgia, home of Mercer University, where I went to college and where I met and eventually married my wife. I always wanted to learn how to play “Little Martha…”

After some reflection on the way Afghanistan ended, I went through the list of songs on my old MP3 player and picked 20 of them, to represent the 20 years America spent fighting there.

As an officer who served there, there is no way for me to see Afghanistan as anything other than a war I lost. This is the soundtrack to that defeat, courtesy of an 18-year-old MP3 player, a 20-year war, and a 49-year-old Afghan War veteran.

Hands Clean by Alanis Morrissette because we kind of wiped our hands of Afghanistan, although it was anything but “clean.” 99 Problems by Jay-Z, because I’ve got 99 problems, but apparently Afghanistan ain’t one, anymore.

Watershed by Indigo Girls, because the fall of Afghanistan, much like the events of 9/11 that led us there in the first place, was a watershed moment in my life, and for our country.

Midnight Rider by The Allman Brothers Band, because that’s more or less how the last U.S. forces left Afghanistan.  Landslide by Dixie Chicks because that’s how it seemed the Taliban won … in a landslide. White Flag by Dido, because that’s what the Afghan Army largely seemed to do after we left.

Numb / Encore by Linkin Park featuring Jay-Z, because many Afghan War vets are feeling pretty numb right now … and if Iraq is any indication, we’re going to have to go back in for an “encore” performance after the terrorists consolidate their control.  I Gotta Feeling by Black Eyed Peas because I’ve got a feeling that with the way we left Afghanistan, and who (and what) we left in it, we’re going to have to go back.

Clocks by Coldplay, because, the Taliban were fond of saying, “America has the watches, but we have all the time.” And they were right.

Brown Eyed Girl by Van Morrison and Daughters by John Meyer, to remind me of the two children I spent 42 months away from during my time in combat.

Boulevard of Broken Dreams by Green Day and I Will Remember You by Sarah McLachlan, in memory of all who lost their lives, their health, or their sanity in Afghanistan.  The Lucky One by Alison Krause, because I was not one of them.

Do What You Have to Do by Sarah McLachlan and Rock the Casbah by The Clash, for the American service members on the ground in Afghanistan, trying with every ounce of their being to get thousands of desperate civilians out of harm’s way.

How Does It Feel by Bob Dylan, because I know a lot of my fellow veterans are feeling a certain way right now.

Loser by Beck, I Am a Man of Constant Sorrow from the “O Brother” soundtrack, and Hey Hey What Can I Do by Led Zeppelin … because that’s kind of how I’m feeling these days.

This is the complete playlist:
Breathe / 2AM by  Anna Nalick
How Does It Feel by Bob Dylan
Landslide by Dixie Chicks (this version is better than Fleetwood Mac’s … I said what I said)
Numb / Encore by Linkin Park featuring Jay-Z
Difficult Kind by Sheryl Crow (live version with Sarah McLachlan)
The Old Apartment by Bare Naked Ladies
The Lucky One by Alison Krause
Wonderwall by Oasis
Rockin’ in the Free World by Neil Young
Paint it Black by the Rolling Stones
Hotel California by the Eagles
Hanging by a Moment by Lifehouse
Here With Me by Dido
Authority Song by John Mellancamp
Boulevard of Broken Dreams by Green Day
Creep by Radiohead
South Side by Moby featuring Gwen Stefani
Let’s Get Retarded by the Black Eyed Peas
Babylon by David Gray
Loser by Beck
Bust a Move by Young MC
Pinch Me by Bare Naked Ladies
Clocks by Coldplay
I Am a Man of Constant Sorrow from the “O Brother” soundtrack
Hands Clean by Alanis Morrissette
Hanging by a Moment by Lifehouse (yeah, that one’s on there twice)
Hey Ya by Outkast
Heart and Shoulder by Heather Nova
99 Problems by Jay-Z
Blue on Black by Kenny Wayne Shepherd
Operator by Jim Croce
House of the Rising Sun by Hank Williams Jr.
Sail Away by David Gray
Bombs Over Baghdad by Outkast
One Last Breath by Creed
Lips of an Angel by Hinder
Rock the Casbah by The Clash
Kind and Generous by Natalie Merchant
Sex and Candy Marcy Playground
Daughters by John Meyer
Hey Hey What Can I Do by Led Zeppelin
Brown Eyed Girl by Van Morrison
Shiver by Cold Play
Trouble by Cold Play
Thank You by Dido
White Flag by Dido
Down So Long by Jewell
Sweet Home Alabama by Lynyrd Skynyrd
So What by Pink
I Gotta Feeling by Black Eyed Peas
I Kissed A Girl by Katy Perry
Hotel California by The Eagles
Seven Bridges Road by The Eagles
Can’t You See by The Marshall Tucker Band
Building a Mystery by Sarah McLaughlin
Uninvited by Alanis Morrissette
You Were Meant For Me by Jewell
Watershed by Indigo Girls
Sweet Surrender by Sarah McLachlan
Head Over Feet by Alanis Morrissette
Strong Enough by Sheryl Crow
I Will Remember You by Sarah McLachlan
I Love You by Sarah McLachlan
Cowboy Take Me Away by The Dixie Chicks
Down So Long by Jewell (yeah, this one’s a repeat too)
Do What You Have to Do by Sarah McLachlan
The Arms of an Angel by Sarah McLachlan
Blue Sky by The Allman Brothers Band
Southbound by The Allman Brothers Band
Ramblin’ Man by The Allman Brothers Band
Midnight Rider by The Allman Brothers Band
Southbound by The Allman Brothers Band (another repeat)
Sweet Melissa by The Allman Brothers Band
Little Martha by The Allman Brothers Band

Lieutenant Colonel (Retired) Charles Faint served 27 years as an officer in the U.S. Army. During his time in uniform he served seven combat tours in Afghanistan and Iraq while assigned to the 5th Special Forces Group, the 160th Special Operations Aviation Regiment, and the Joint Special Operations Command. He holds an MA in International Affairs from Yale University and in retirement serves as the Chair for the Study of Special Operations in the Modern War Institute at West Point. This article represents his personal reflections on the war in Afghanistan and is not an official position of the United States Military Academy or the United States Army.

This first appeared in The Havok Journal. 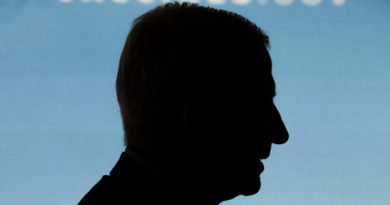 The Age of Amnesia

‘The Global Reset’ of the China-Russia Partnership