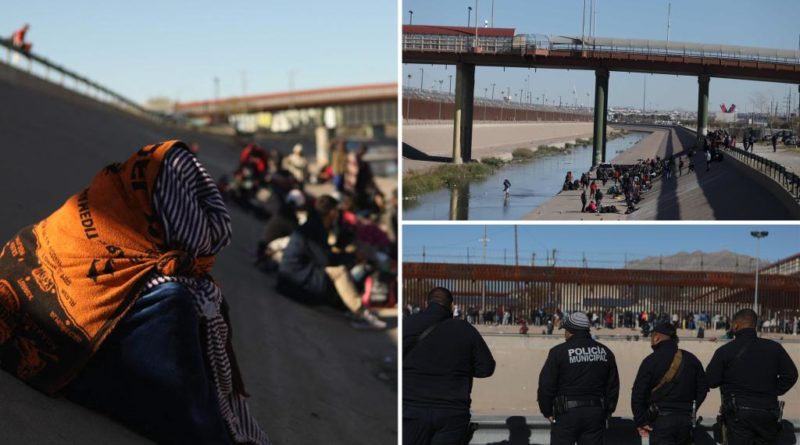 
True compassion shows itself in action, not just rhetoric. Yet the Democratic Party, which routinely portrays itself as politically paternalistic to the less fortunate, often acts like a parent suffering from Munchausen by proxy as it fosters the hellish circumstances it claims to want to banish.

As the Supreme Court considers the legality of keeping Title 42 in place, Americans living in border states are bracing themselves for when the law is lifted, wondering how much more they can withstand as the tidal waves of the less fortunate continue to rise.

In cities like El Paso, Texas, the streets are beginning to resemble Skid Row as Border Patrol releases hundreds of processed migrants with nowhere to go every day. More than 1,000 migrants crossed the Rio Grande in a four-hour period one recent Sunday.

Law enforcement and city officials have become so overwhelmed that days ago, the mayor declared a state of emergency, saying, “I said from the beginning that I would call it when I felt that either our asylum seekers or community were not safe.”

The daily humanitarian crisis is only getting worse, yet Democrats continuously minimize these towering tidal waves as just water. Democrats want us to view these people through a compassionate lens as “dreamers” while spurring many of them to endure a nightmarish reality.

Is it compassionate to encourage millions of people to give their last dollars to cartel traffickers so they might live on the streets as penniless beggars? When did the American dream become one of living in the shadows of society?

President Joe Biden, the Democratic Party’s grandfather figure, regularly spouts to the American public the fantasy journey of the average migrant attempting to reach our borders like he would tell his own grandchildren about the Easter Bunny.

Democrats like Biden must maintain this delusion of a wondrous journey towards American prosperity for politically paternalistic imagery because it’s far more pleasant than the real images of an abandoned trailer crammed with 46 soulless migrant bodies.

Biden says he believes we as a country of 330 million people should withstand 2 million people entering our country a year because they are in desperate need. But his paternalism never includes a sustainable plan of action to manage the situation or curiosity as to how Americans will deal with his advocacy’s aftereffects.

Where is the compassion for the residents of El Paso who are watching their city rapidly fall apart as it’s overrun by human desperation? Democratic bureaucrats in DC are creating idealistic immigration goals sitting on their perches thousands of miles away from the front lines of chaos they’re contributing to.

There’s no compassion in anything that empowers the Mexican cartels’ human-trafficking ring. Our failed border policies financially benefit the same criminal organizations flooding our country with the fentanyl that killed 71,000 Americans in 2021.

While the Democrats’ immigration strategy only increases human suffering, the Republicans have a rare opportunity to shift the narrative of immigration control being a fiscal or legal concern to one that comes from compassion for both migrants and American citizens.

Instead of being the “Facts don’t care about your feelings” party, Republicans could rebrand their advocacy for stronger border control as rooted in the feelings of all parties involved while supported by the facts.

GOP policy positions would be reframed from being anti-immigration to pro-humanitarian because there’s nothing humanitarian about telling millions of people to risk death, rape and slavery. There’s no compassion in ignoring the cruelty they’ll endure for chasing hope in the land of the free.

Adam B. Coleman is the author of “Black Victim to Black Victor” and founder of Wrong Speak Publishing. Follow him on Substack: adambcoleman.substack.com.

Organisations Should Adopt These Rules to Protect Customer Information

Show real ‘compassion’ — get the homeless off NYC streets