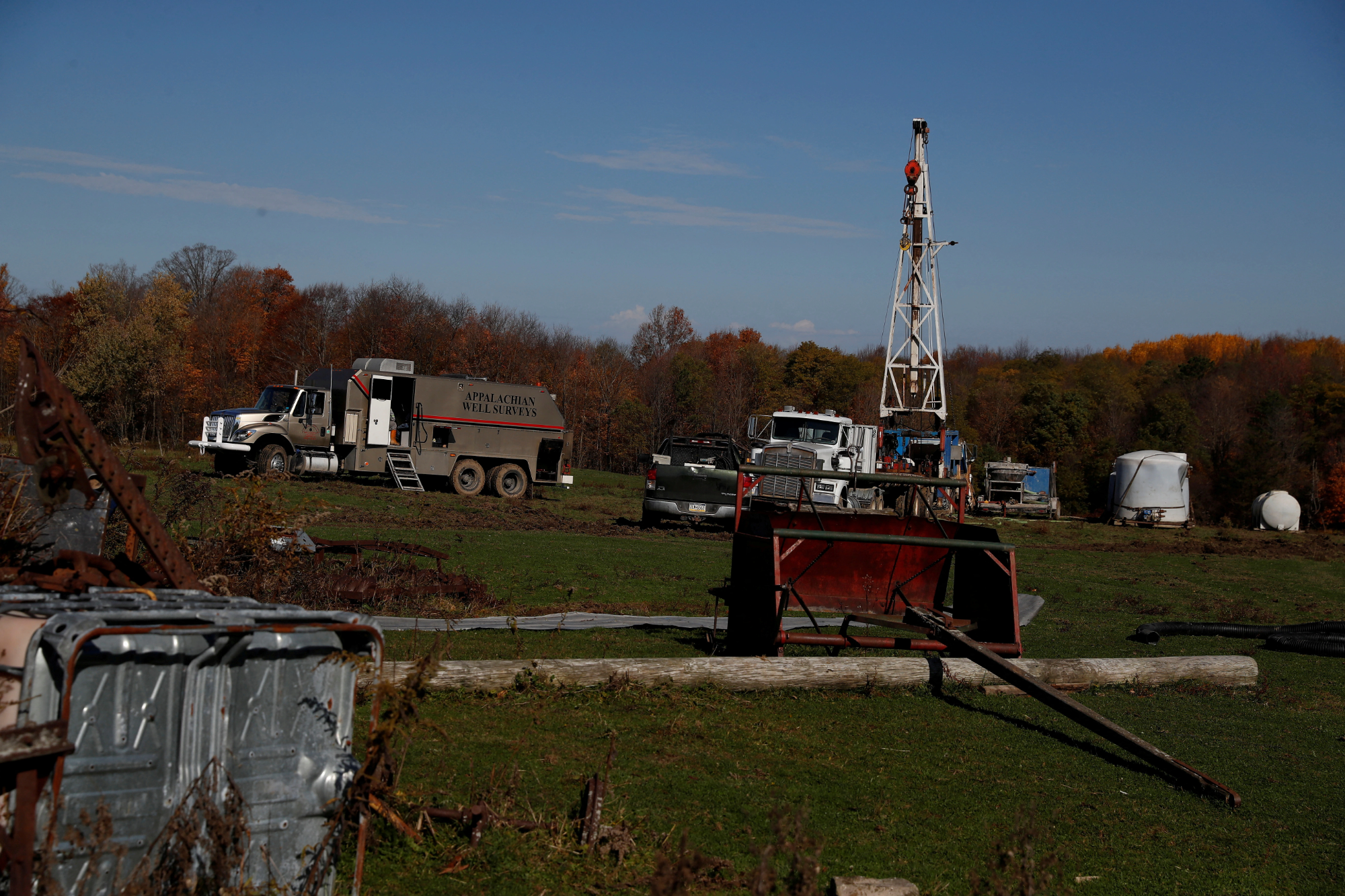 This political gamesmanship will stop neither soaring gas prices nor the Russian president, however, and may well accelerate Democrats’ death spiral heading into the midterms. Because Biden isn’t at war with Putin, he’s at war with domestic energy production — and has been since Day One of his administration, when he canceled the Keystone pipeline to bring Canadian oil to the United States.

But Keystone was only the first Biden action that significantly undermined investments that would have increased both domestic supply and exports abroad. Right now, millions of gallons of natural gas could be being refined out of the central Pennsylvania town of Wyalusing, then shipped out of a new export facility in Gibbstown, NJ. Instead, environmental extremists emboldened by the administration’s heavy-handed regulation spent the last year and a half shutting down this critical project.

Wyalusing is a case study in everything that has gone wrong with US energy policy under Biden. In 2018, New Fortress Energy applied to build a $800 million natural-gas processing plant there to purify and liquefy millions of gallons of gas from the Marcellus Shale, which would then move by rail and truck to the export facility in New Jersey. The target operation date was the first half of 2022.

In other words, Wyalusing should be coming online right now and, through Gibbstown, helping increase US exports to Europe — just when they’re needed most to counter Putin’s iron grip on natural-gas supplies to our NATO allies.

Instead, New Fortress Energy announced last month it will suspend the long-delayed project indefinitely after fanatical environmental groups — including PennFuture, the Clean Air Council and the Sierra Club — obstructed it through repeated legal action against both Wyalusing and Gibbstown. New Fortress decided to cut its losses after a long fight: It was easier to placate these organizations by allowing the necessary permits to expire than risk the ongoing expense and reputational damage they threatened.

Biden policies designed to make getting natural gas to market more difficult also influenced this decision. A key sticking point for the green groups was the proposal to move most of the liquified natural gas from Wyalusing to Gibbstown by rail — necessary thanks to obstructions and legal hurdles that routinely target any pipeline project.

President Donald Trump issued an executive order directing the Department of Transportation to begin the process of allowing natural-gas transport by rail. But Biden rescinded it via his own executive order, putting all LNG-by-rail regulations under review. That considerably complicated the Wyalusing project and gave more legal ammunition to green groups. It’s also depressed demand for the necessary specialized rail cars, which are therefore in short supply.

So rather than having significantly increased energy supplies to boost exports in this crisis, Pennsylvania remains limited to current capacity, which clearly won’t be enough to replace Russian supplies. A sad irony is that the same environmental groups making it harder to transport US energy are raising global emissions by forcing European consumers to rely on Russian gas exports — which emit more than 40% more pollution than the cleaner US gas exports to Europe we should be accelerating.

More US natural-gas production is essential to ensuring affordable and reliable fuel during the energy transition, strengthening our allies’ energy security and reducing global greenhouse-gas emissions. The path forward is clear: Biden should immediately release new energy-infrastructure guidelines to include extending permits for projects delayed by legal action, facilitating logistic projects to include both pipelines and rail and expediting export facilities.

In its desperation to lower domestic gas prices, the administration is reportedly considering replacing Keystone by moving the additional Canadian oil that would have come by pipeline by rail — the very means of transportation its environmentalist proxies used to target Wyalusing.

This is verging on the absurd. If Biden is serious about supplying Americans with plentiful, affordable energy and defeating Vladimir Putin in the energy war, he can start in Pennsylvania, where the attrition of energy projects is happening in real-time due to his policies. It’s going to take years to wean Europe off Russian natural gas, making it all the more urgent to expedite — not harass out of existence — projects like Wyalusing.

Victoria Coates, a distinguished fellow at the American Foreign Policy Council, served as senior policy adviser to the secretary of energy in the Trump administration. Jennifer Stefano is executive vice president of the Commonwealth Foundation and an Independent Women’s Forum visiting fellow.

The Restorative Power of the American People

What Trump Would Have Done, How Biden Failed, and What It Means for the World Now