You could be forgiven for not knowing what Trevor Noah has said. Most people in America have no idea. Ever since he took over from Jon Stewart in 2015, “The Daily Show’s” ratings have plummeted. A show that used to pull in millions of viewers now regularly pulls in just a few hundred thousand.

Who knows what the cause of that could be? Perhaps the American public doesn’t like being hectored by left-wing activists who couldn’t tell a joke even if they wanted to.

Take the moment this week when Noah managed to squeeze a whole segment out of the “racist backlash” that he claimed had followed Rishi Sunak’s appointment as this week’s British Prime Minister. Noah went on and on about the supposed racists who had so vocally opposed a Hindu of Indian heritage taking over as Prime Minister.

There were a number of problems with the segment. It was unfunny. It was labored. It was sermonizing. And it was also completely untrue.

Because there has been no “racist backlash” in the UK over Rishi Sunak’s arrival into Downing Street. Not a thing. No politician has said anything racist. No newspaper or media had said anything racist. There hasn’t even been a “backlash” of anonymous racist Russian Twitter bots. Sunak’s appointment had been most notable for the fact that race has played absolutely no role in his appointment or its aftermath.

Perhaps the only racist thing that has happened has been President Biden seeming to have absolutely no idea how to pronounce Sunak’s name. Talking about him earlier this week the President seemed to think that his new counterpart was called “Rashee Sanook.” President Biden once again proved himself the only man in the world who can make John Fetterman appear lucid.

Of course, Noah would have mentioned this if the President had been a Republican, but didn’t because it came from a Democrat. At least if he had mentioned Biden Noah would have had some evidence on which to base his claims. As it was he presented no evidence. Because he had none. And in this fact lies an interesting truth.

It is simply not the case that Britain — any more than America — is brimming with racists. It has just become a convenient fantasy of the “liberal” worldview.

Perhaps Noah thinks this way because he grew up in South Africa, a country that actually did have organized racism in its recent past.

But the story of apartheid South Africa in the mid-20th century is not the story of 21st-century Britain or modern America. Yet for people like Noah that seems to be not a matter of celebration but a cause of resentment. Joining Noah on the same edition of the Daily Show was a comedian called Ronny Chieng. He managed to get a whole segment out of saying that it was incorrect to call Sunak an “Asian” because Indians do not count as Asians. This segment was not as funny as I just made it sound.

Yet throughout Noah was sitting at his desk rolling around with merriment. As though this boring digression on which countries constitute part of Asia was the funniest thing on earth. But it wasn’t and it isn’t. It is just that Noah, Chieng, and other leftists have to keep talking about an imaginary enemy, and finding imaginary subjects for imaginary humor.

The truth is actually much more interesting and much more positive. The fact is that Britain has arrived at a place where sex and race have nothing to do with the reason people are appointed or voted into public office. The country does not go through endless discussions about whether a woman can ever lead the country. Because three women have, all conservatives, and all with — ahem — deeply varying degrees of competency.

Likewise, when Sunak was running for the leadership of the Conservative party people did not ask whether a man from an ethnic and religious minority could ever lead the country. The discussion was instead focused on who was the most competent person to put in charge of the country. Sunak ended up as Prime Minister because he is the person deemed most able to run the economy. Which is the number one issue in Britain as it is in America.

If Noah and his fellow leftists looked honestly they would see that the world around them is becoming increasingly color-blind. If only they could be too.

Prince Harry’s memoir has been announced. “Spare” is the title of the forthcoming book, presumably referring to the old adage that the Royal family needs “an heir and a spare.” Or perhaps it refers to his current position of going spare in California.

After all, his wife Meghan recently said in an interview that Harry spends his days mending the neighbors’ sprinkler systems and doing bits of DIY around the house. Quite the fall, that, from third in line to the throne to an odd-jobbing DIY guy in California.

The book is timed to come out before King Charles’s coronation, causing maximum damage to the monarchy. How can we be so sure of that? Because nothing that the Sussexes ever do or suffer ever has anything to do with their own actions. They are only ever the victims, never the cause of any of their own misfortunes.

If Harry had any self-awareness he would realize that his life took a downward spiral from the moment that he met Meghan. A truth that is unlikely to come across in the book. But still the truth nonetheless. A better title for the book might have been “Hostage.” Or better yet “Author of his own misfortune.” 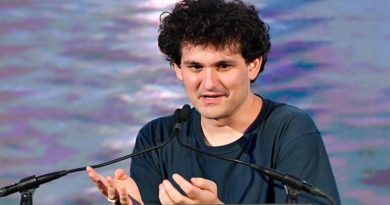 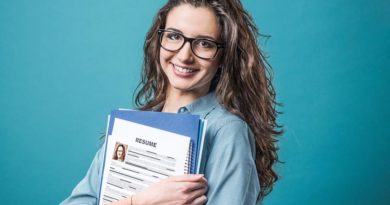 In the name of ‘equity,’ companies are now ignoring education