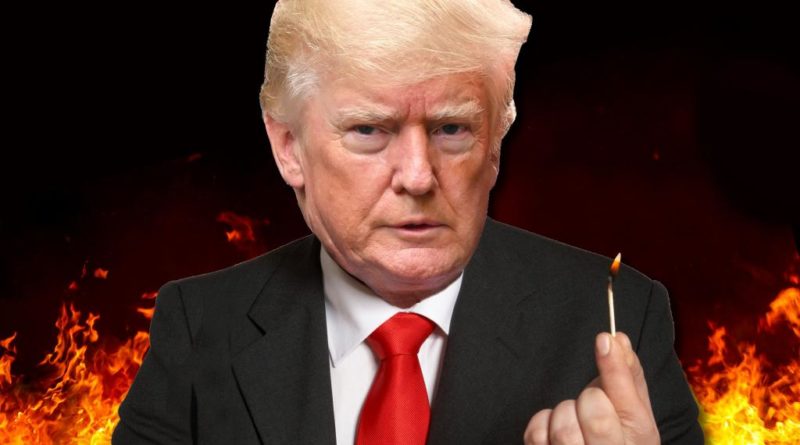 
During the Republican primaries in 2016, I supported, in succession, every alternative to Donald Trump. I did not see him as our party’s standard-bearer. He was not my idea of a president. I could see that he was grossly self-centered, lacked self-control, and almost always took his natural pugnacity too far. While he could be compelling, I found myself cringing at his frequently juvenile, bombastic, and petulant style.

I also saw Trump’s strengths. I liked the clear and direct way he staked out a position and his willingness to state unpleasant truths that many were afraid to say. I appreciated that he was willing to confront head-on difficult issues — like unfair trade deals, or our allies’ paltry defense spending — that other politicians dodged. Above all, Trump had accurately diagnosed, and given voice to, the deep frustration of many middle-class and working-class Americans who were fed up with the excesses of progressive Democrats; the shameless partisanship of the mainstream media; and the smug condescension of elites who had mismanaged the country, sold them out, and appeared content to preside over the decline of America.

But it is now clear he lacks the qualities essential to achieving the kind of unity and broad election victory in 2024 so necessary if we are to right our listing republic. It is time for new leadership.

For many, supporting Trump was an act of defiance — a protest. The more over the top he was, the more they savored the horrified reaction of the elites, especially the media. Arguments that Trump wasn’t presidential missed the point. Trump’s supporters wanted a disrupter. His voters felt that the left was taking a wrecking ball to the country, and they wanted to strike back with their own.

I worried that no one could govern effectively in constant wrecking-ball mode. Still, I hoped that Trump would rise to the seriousness of the office and the moment. So once he became the GOP’s nominee, I supported him.

Unfortunately, after he was elected, Trump brought his wrecking-ball style to the task of governing the nation. He did not temper his disruptiveness and penchant for chaos. While his basic policy judgments were usually sound, his impulsiveness meant that things were almost always about to fly off the rails. When he became fixated on bad ideas or wanted to take things too far, it took his senior staff and cabinet secretaries an ungodly amount of maneuvering to keep him on track.

Take his handling of COVID. The pandemic was not necessarily fatal to Trump’s re-election chances. What hurt Trump was not the substance of his decisions, but his tonal response. His behavior reinforced what many people found repellant about his personality. He yielded to his impulse for pettiness and pointless nastiness; got drawn into infantile name-calling spats; and, in his press conferences, made everything about himself.

Nonetheless, Trump has every reason to be proud of his administration’s substantive achievements. Among other things, his tax reform and deregulatory efforts generated the strongest and most resilient economy in American history — one that brought unprecedented progress to many marginalized Americans. He had begun to restore US military strength by increasing spending on new-generation weapons, advanced technology, and force readiness.

He correctly identified the economic, technological, and military threats to the United States posed by China’s aggressive policies. By brokering historic peace deals in the Mideast, he achieved what most thought impossible. He had the courage to pull us out of ill-advised and detrimental agreements with Iran and Russia. And he fulfilled America’s long-delayed promise to move its Israeli embassy to Jerusalem.

If Trump had run his re-election campaign on that platform, and dialed his churlishness back just a little, he would have won. But he lost because he insisted on running a base-only campaign.

Despite the persistent advice from his advisers that he address the loss of support in the suburbs, he focused almost exclusively on energizing his base, and he did this by putting out a steady diet of red meat designed to arouse the passions of those who already supported him. The theory was that this would lead to such a massive turnout of his supporters that it would swamp whatever his feeble opponent could generate.

There were two basic problems with this strategy. First, Trump’s base did not need to be whipped up, they were already galvanized. Second, Trump pandered to his base in a way that reinforced and intensified the alienation of many suburban voters in the battleground states.

As a result of this strategy, Trump succeeded in driving a record turnout of his own supporters. But he also generated a more massive turnout for Joe Biden. The millions of voters who flocked to the polls to pull the Democratic lever set historic records and swamped the Trump voters. They did not come to vote for Biden; they came to vote against Trump.

Fraud did not prevent Trump’s second term. Trump himself was the reason.

Looking ahead to the presidential election of 2024, I believe the defining feature of our political landscape continues to be the sharp leftward lurch of the Democratic Party. That opens up a historic opportunity for the GOP — the opportunity to revive something like the old Reagan coalition: a combination of Republican-leaning, college-educated suburbanites; culturally conservative working-class voters; and even some classical liberals who are repulsed by the left’s authoritarianism.

Forging this coalition requires more than bombastic rhetoric. It requires a substantive, strategic, and disciplined president capable of executing a plan to achieve the durable reforms needed to set the country back on a sane course.

This kind of transformative victory, much like President Ronald Reagan’s in 1980, is well within the GOP’s grasp in 2024. The situation today is much like that faced by Reagan after the GOP’s defeat in 1976. During the 1960s and 1970s, with the Vietnam War as the catalyst, major parts of the Democratic Party moved sharply left. In 1976, the Democrats sought to patch up their internal divisions by nominating Jimmy Carter. The befuddled Carter — overwhelmed by events — was a spectacular failure, laying the groundwork for Reagan’s “revolution.”

During the four years leading up to the 1980 election, Reagan pursued party unity with single-minded determination. He succeeded in uniting a GOP that was far more fractious than today’s party. Reagan understood that the purpose of a political party is winning elections. That requires building the broadest coalition possible compatible with the party’s core goals.

It is painfully clear from his track record in both the 2020 election and the 2022 midterms that Donald Trump is neither capable of forging this winning coalition nor delivering the decisive and durable victory required. Indeed, among the current crop of potential nominees, Trump is the person least able to unite the party and the one most likely to lose the general election.

Trump’s extraordinarily divisive actions since losing in 2020 are not those of someone capable of leading a party, much less a country. Right after his defeat, he treacherously sabotaged GOP efforts to hold the Georgia Senate seats.

The GOP’s poor performance in the recent midterms was due largely to Trump’s mischief. He fueled internal fights within state parties. He attacked popular Republican governors in Maryland, New Hampshire and Arizona to dissuade them from running for Senate seats they could have won. He supported weak candidates for key Senate and House seats based solely on their agreeing with his “stolen election” claims. And after foisting these candidates on the GOP, he failed to provide them adequate financial support, largely sitting on a massive war chest of cash raised from small dollar donors.

It seems to me that Trump isn’t really interested in broadening his appeal. Instead he is content to focus on intensifying his personal hold over a faction within the party — a group that is probably no larger than a quarter of the GOP, but which allows Trump to use it as leverage to extort and bully the rest of the party into submission.

The threat is simple: Unless the rest of the party goes along with him, he will burn the whole house down by leading “his people” out of the GOP.

Trump’s willingness to destroy the party if he does not get his way is not based on principle, but on his own supreme narcissism. His egoism makes him unable to think of a political party as anything but an extension of himself — a cult of personality.

Trump is due credit for stopping progressives’ momentum and achieving important policy successes during his administration. But he does not have the qualities required to win the kind of broad, durable victory I see as necessary to restore America. It is time for the 45th president to step aside. 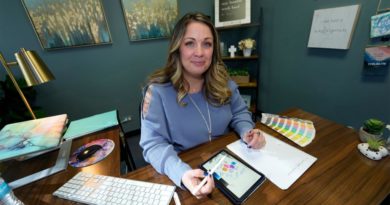 Truce in sight on same-sex-marriage and dissent

What to Expect in China-Japan Ties With Kishida in Power 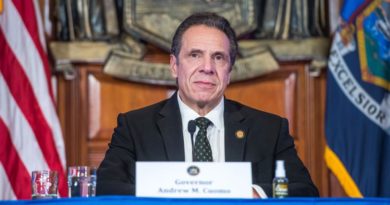 What ex-NY Gov. Andrew Cuomo, other celebs, did for their holidays