The Intercept’s recent FOIA results added abundant documentation of Dr. Anthony Fauci’s funding, using U.S. tax dollars, for dangerous gain-of-function research at the Wuhan lab—funding that Fauci had denied in testimony to Sen. Rand Paul; funding, indeed,  that I had tried to share with the public on Twitter in early June, the day before Twitter deplatformed me permanently.

The Intercept’s FOIA trove adds important detail to existing documentation of that NIH-funded gain of function research and its potential links to the origins of the COVID-19 pandemic. Natalie Winters of The National Pulse has been out front with this story before The Intercept confirmed it separately.

So was I. Indeed, my own deplatforming from Twitter followed my having pinned private detective Brian O’Shea’s (disclosure, my husband’s) reading of Dr. Ralph Baric’s full CV, which linked this North Carolina researcher to gain of function work funded by Fauci’s agency. Twitter has yet to tell me exactly why I was kicked off its platform and blocked from sharing this well-sourced information with my 145,000 followers.

Twitter went so far as to deplatform me and then slander me across the globe: news reports mis-stated—via a Twitter spokesperson—that I’d been deplatformed for “vaccine misinformation.”

The First Amendment in the United States means that the government cannot outright censor critics or opponents; but the private sector—in this case Big Tech—is clearly aligned to do the dirty work of the administration.

I was accused of “Madness” (The New Republic), of having “always struggled with the truth,” of being an “anti-vaxxer.” Matt Gertz of Media Matters and CNN charged me with “pushing increasingly bonkers conspiracy theories”; he did so on Twitter, a platform on which I am no longer able to respond.

It seems my real crime may have been asking questions that other reporters have failed to ask, and in sharing information that undermines Fauci’s claims to Congress.

This very public silencing of a critic of pandemic-related “lockdowns” and of a debunker of Fauci’s denials of having ever funded gain-of-function research was no doubt meant to chill other critics. I received countless emails from other reporters and influencers stating that they supported me, but were scared to say so publicly, lest they be deplatformed as well.

This CV is troublesome to the Biden administration, current patron of Big Tech, and beneficiary of its current wave of censorship, because it creates links between this research and Fauci, who has become this administration’s brand centerpiece and key re-election strategy talking point.

Fauci stated directly to Senator Rand Paul in May 2021 that the NIH had NOT funded “gain-of-function research.” Indeed the NIH went even further when this question was raised, and denied ever funding research that would have made viruses more infectious to humans.

The CV of Baric’s lab assistant E F Donaldson even more clearly details work done with Baric to, as Donaldson puts it,  “resurrect bat coronaviruses to determine the cross species transmission” and  “I am currently employed as a Research Assistant Professor in the Department of Epidemiology, working in the lab of Dr. Ralph Baric. I am funded by the NIAID to conduct a study looking at the viruses in bats and studying how viruses cross the species barrier to emerge into new populations. In addition, I am working with Dr. Baric to resurrect bat coronaviruses to determine the cross species transmission potential of a variety of novel coronaviruses identified in bats.” The work detailed here took place when Dr Fauci was the NIAID director.

E F Donaldson also received hundreds of thousands of U.S. tax dollars in NIH/NIAID funding to study bat coronaviruses’ cross-species’ infectiousness, in a bat roost with “seven to twelve” different species, located, alarmingly enough, right here at home—in  Maryland: “Donaldson 9/12/09 – 8/31/11 NIH/NIAID $301,000 10% FTE Metagenomic Analysis of the virome of Eastern North American Bats. The major goals of this project are to define the virome of seven to ten different bat species that cohabitate in one roost in Maryland to determine the viral population of each and define the role of orthologous receptors to viral cross-species transmission.” That’s on p. 4.

E F Donaldon’s CV also notes a 2011-16 request to the NIH for $1.85 million in funding for SARS-related bat coronavirus cross-species infectiousness research: “Donaldson 07/01/11 – 06/30/16 NIH $1,850,000 25% FTE Cross species emergence of coronaviruses from bats. This work builds upon our ARRA grant, which allowed us to discover a novel Coronavirus in bats that is closely related to a human pathogen, human Coronavirus 229E. The major goals of the proposal are to characterize the coronaviruses found in bat species in the northeastern United States, by sequencing several bat fecal samples to determine the complete genomic sequences, isolate and/or synthetically resurrect these coronaviruses using in silico biology, and assess the ability of these viruses to emerge into the human host.”

That newsworthy grant, to see if bat coronaviruses could emerge “into the human host,” is on p. 5.

Dr. Fauci had stated flatly to Sen Paul, on national television, that he had not funded “gain-of-function” research in the Wuhan lab. But Baric himself described his research as “gain of function,” in a workshop linked to the NIH, called—wait for it—“Potential Risks and Benefits of Gain of Function Research.”

“Dr. Ralph Baric, University of North Carolina  […]  explained that GoF [Gain of Function] experiments for CoV research encompass a very diverse set of experiments that are critical to the development of broad-based vaccines and therapeutics.”

The video I posted of Baric’s CV detailing Fauci’s funding of Baric’s gain of function research, had received 74,000 views when I was permanently suspended from Twitter.

It’s very serious that such a newsworthy and important piece of reporting—Baric’s CV—got erased from our social media universe and that I was publicly ridiculed as a punishment for attempting to open this discourse to the public.

Republicans have been pressing for investigations of the origins of the coronavirus. Without Baric’s CV, Americans do not have all the relevant information.

How is it that Twitter (and Youtube, which also froze my account, although it later restored it) went as far as heavy-handed, outright censorship of my findings? There is nothing in my sharing of this information that presents misinformation as their spokesperson apparently reported to the press as the reason for banning me. The social media companies have yet to tell me that what I posted that was inaccurate.

Sadly, Twitter, Youtube, and Facebook are now closely allied to the DNC and the Biden administration, which is one reason it is important to further unredact what Mark Zuckerberg had to say to Fauci via email, correspondence that belongs in the public domain given its content is of great public interest and Fauci is a public servant.

I’m a lifelong Democrat and I voted for President Biden, but in the wave of deplatforming of conservative voices after the inauguration, I saw the danger to our system of this unholy alliance.

I don’t care much about personal attacks.  I won’t be bullied or silenced. But I do care that American citizens deserve a free press and open debate, and that they risk losing it due to censorship by Big Tech.

We deserve every bit of information that could allow for a better understanding of the gain of function research that may have been related to the virus that has debilitated world economies and affected millions, as does the rest of the world. Big Tech, with its compromised platforms, should have no say in whether such information survives a committee of millennials deciding, in an airy workspace, on what may or may not be read by other free peoples around the world.

Without a free press our country could not have been born. And if we allow random personal smears and Big Tech censorship of important news stories to derail our governance and to keep our people ill-informed, our state of liberty cannot survive.

Naomi Wolf, Ph.D., is CEO of DailyClout and author of “The End of America.” 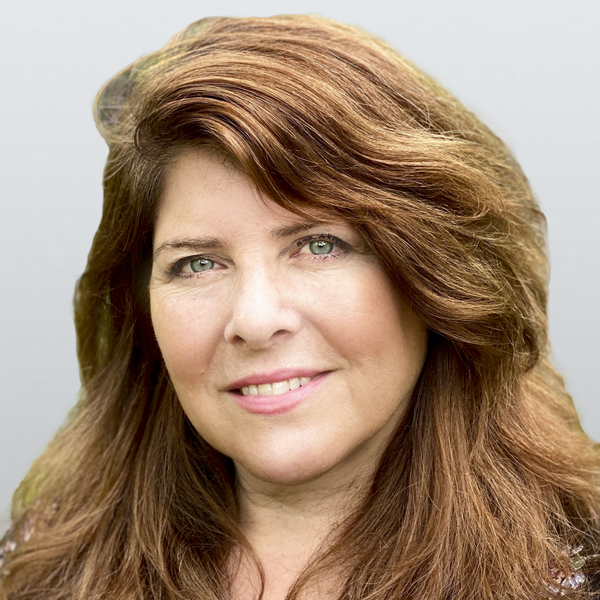 Dr. Naomi Wolf is CEO of DailyClout and author of “The End of America.”

Can We ‘Contain’ the Enemies of Liberty?