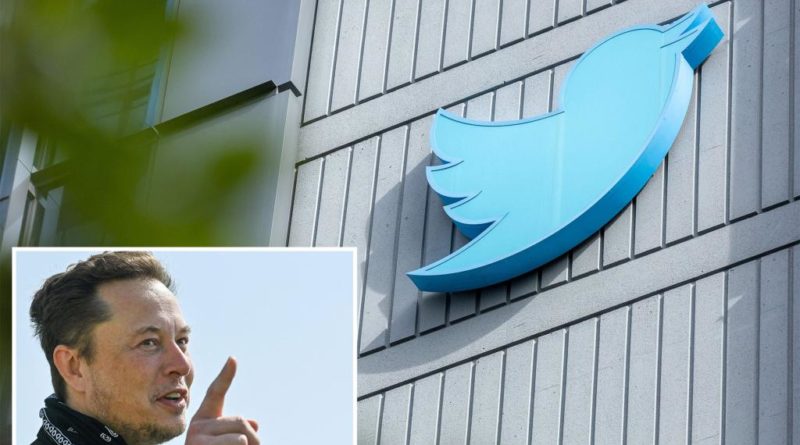 
Elon Musk’s Twitter Truth Squad is exposing the FBI’s role in suppressing free speech before the 2020 election. But the FBI was practically a bit player in a far greater federal conspiracy to censor any American who cast doubts on the mail-in ballots that made Joe Biden the 46th president.

That conniving doesn’t mean the 2020 election was stolen. But the bureaucratic racketeering was a travesty of political fair play.

The FBI pressured Twitter to target an Oct. 26, 2020, tweet from a former Republican official who wrote that “between 2% and 25% of Ballots by Mail are Being Rejected for Errors,” journalist Matt Taibbi revealed.

But that tweet was more accurate than the “New Truths” federal overseers imposed. When New York City relied on mail-in ballots for a June 2020 primary, up to 20% of ballots were declared invalid. The Daily News labeled the primary snafus a “dumpster fire.”

In Wisconsin, more than 20,000 “primary ballots were thrown out because voters missed at least one line on the form, rendering them invalid,” McClatchy reported. In Virginia, officials rejected almost 6% of mail-in ballots for primary elections for arriving late. In Nevada, almost a quarter-million ballots sent to voters were returned as undeliverable.

Such problems were no surprise. A decade ago, a New York Times analysis concluded that “fraud in voting by mail is . . . vastly more prevalent than the in-person voting fraud that has attracted far more attention.” Similarly, the 2005 Commission on Federal Election Reform, co-chaired by former President Jimmy Carter, warned, “Absentee ballots remain the largest source of potential voter fraud.”

Yet by Election Day 2020, mail-in ballots had become immaculate. This Orwellian triumph was due in part to “censorship by proxy,” as law professor Jonathan Turley put it.

The Cybersecurity Infrastructure Security Agency, created in 2018 as part of the Department of Homeland Security, gave grants to several private entities that formed the Election Integrity Project in mid-2020. That project, working closely with the feds, classified 22 million tweets as misinformation and affected “hundreds of millions of individual Facebook posts, YouTube videos, TikToks and tweets,” thanks to what it bragged of as “huge regulatory pressure” from government, per a Foundation for Freedom Online report last month.

Almost two-thirds of Biden’s votes came from absentee or mail-in ballots, and he won owing to 43,000 votes in three swing states. Democrats exploited the COVID pandemic to push through electoral changes that opened the floodgates to unverified mail-in ballots.

“The censorship focus was always and consistently foremost targeted at speech casting doubt on mail-in ballots,” FFO reported. That targeted effort devastated “the ability of concerned citizens to pressure their state representatives to take legal action on changing voting procedures” to prevent fraud. Some states like Michigan sent absentee ballots to all voters, violating the Constitution’s election clause (which specifies that state legislatures make the rules for federal elections).

Rather than the traditional scrutiny for mail-in ballots (and a ballot reject rate up to 20%), many locales defaulted to validating practically any piece of paper with a mark as a bona fide ballot. A month after the election, Texas Attorney General Ken Paxton complained in a brief to the Supreme Court about the “unconstitutional relaxation of ballot-integrity protections in [Michigan, Georgia, Wisconsin and Pennsylvania] election laws.”

US Civil Rights Commissioner Christian Adams noted that “Democrats succeeded in tossing out state laws related to absentee-ballot verification, deadlines and a whole range of laws all in the name of COVID. By and large, GOP efforts in court failed. It was a courtroom bloodbath that created vulnerabilities across the system.”

Federal agencies and grantees intervened with social media to suppress “any speech that ‘casts doubt’ on any kind of election process, outcome or integrity issues,” which “made all conservative and populist criticism of the administration of the election pre-banned . . . five months in advance of Election Day,” FFO reported. Stifling controversies made it much easier for Democrats and their media allies to sanctify Biden’s victory.

None of this proves the 2020 election was stolen, and Trump and his “Great Kraken” team made plenty of wild claims after the election. But congressional and other investigators must expose all the federal efforts to squelch free speech in 2020. Full disclosure of past abuses is the best way to avoid unreliable voting procedures and to prevent Washington from tainting the 2024 election.

James Bovard is the author of 10 books and a member of the USA Today Board of Contributors.