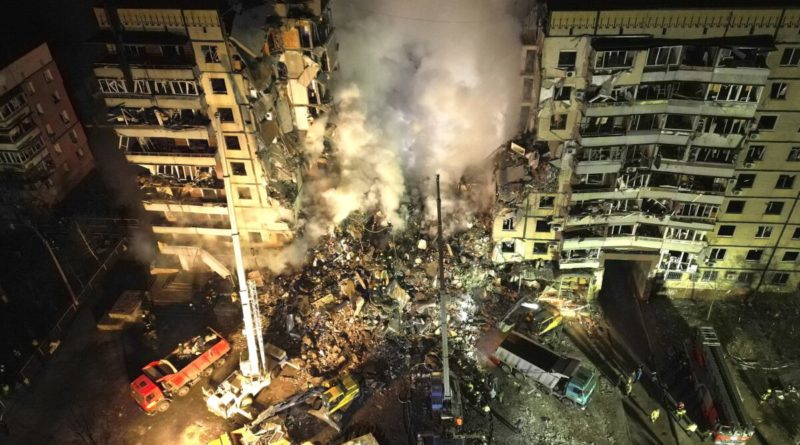 The Ukraine war now seems to be in a comparative pause awaiting spring offensives from both sides, and any serious attempt at a settlement will have to reflect the results of what promises to be an intensified war, starting probably in April.

The Ukrainians rightly publicize the outrages of the Russian assault upon their civilian areas, and the Americans and Germans are rightly providing them with the most sophisticated anti-missile defense to strike from the hand of the Russian leader, Vladimir Putin, the barbarous ability to deliver missiles into civilian areas with impunity and without the slightest semblance of justification under international law.

The impact of almost a full year of Russia’s invasion of Ukraine hasn’t been dramatic in western Ukraine, which has been less influenced by Russia and where about 60 percent of the population resides. But in the south and east, significant parts of cities have been reduced to rubble, and substantial civilian casualties have been incurred, including victims in schools and hospitals and churches, to obnoxiously cavalier Russian official responses.

There are even many calling for unilateral de-escalation. This is natural; war is disgusting and stupid, and especially now that it can be graphically conveyed to every home in the world on television and the Internet almost instantly, it appalls most people. One of the great generals of modern times, the deputy Union commander in the U. S. Civil War, William Tecumseh Sherman, famously said that ”war is hell.”

The Russian position is that since Ukraine was an integral part of Russia without even the status of a distinct province for two centuries, and is a fusion of Lithuanian, Russian, Polish, and Tatar ethnicities that have never been a distinct entity, and which has essentially been a failed state in its 30 years of independence, it really belongs to and in Russia.

In this war, the Ukrainians have bestowed upon themselves a heroic tradition of the kind that builds a viable national mythos and raison d’être. In a referendum in 1991, over 80 percent of Ukrainians expressed their wish to secede from Russia, including 77 percent of Ukrainians in mainly Russian-speaking districts. From time to time, the West has been receptive to the idea of Ukraine in NATO, and at times the West has been relatively more placatory to the Russian view that it retained some legitimate interest in Ukraine. Russia and the major Western powers have all guaranteed the frontiers of Ukraine, and the word of all the major powers has been worthless.

The West won the greatest and most bloodless strategic victory in the history of the nation-state with the end of the Cold War, when the Soviet Union lost all of its constituent republics and the population of Russia was reduced to less than half of that of the former USSR. The present government of Vladimir Putin has effectively regained control of Belarus and Moldova and has seized parts of Ukraine and Georgia, and undoubtedly exercises significant influence in Kazakhstan and several of the other Islamic republics that formerly composed the Soviet Union. Latvia, Lithuania, and Estonia, despite substantial Russian ethnic minorities, have joined NATO and seem now beyond Russia’s reach. But the great prize in the substantial undoing of Russia’s Cold War defeat would be if Russia could seize Ukraine, the most populous and strategically important of the constituent Soviet republics.

Putin is trying to emulate the great Russian expansionists, Peter the Great and Joseph Stalin, but the Ukrainians have caused Putin to look more like a Mussolini, whom Winston Churchill described as a “whipped jackal,” after he had been beaten by the Greeks.

Clearly, most Ukrainians still support continuing the war with the objective of regaining all of Ukraine, including Crimea, which Putin annexed in protest against the Western-assisted 2014 ouster of the pro-Russian government of Ukraine elevated in the very questionable election of 2010. Ukraine was then in no position to resist Russian military action, and the Russian government apparently took no notice of the extensive training given by NATO powers to Ukrainian forces in the intervening time. Russia has purported to annex some Black Sea coastal provinces and to have held spurious referendums within them favoring reunion with Russia, so that the Kremlin can now claim that it isn’t making war on Ukraine at all but merely defending itself. Even this is already a long climb-down from the Kremlin’s initial intention to annex the entire Ukraine (which the ineffable joint chiefs chairman, Gen. Mark Milley, assured us would happen).

Ukraine is obviously prepared to endure great hardship and heavy casualties to expel the Russians. And Russia, having been overwhelmingly humiliated at the end of the Cold War, when it simply disintegrated without firing a shot, is determined to regain a significant part of what it had lost. The stakes in Russia are such that the government probably couldn’t survive emerging from this war with no accretions of Ukrainian territory at all.

Former Russian President Dmitry Medvedev warned last week that a Russian defeat would likely lead to nuclear war, a threat the head of the Russian Orthodox Church, always a mouthpiece of the Russian government, for the Romanov, communists, Gorbachev, Yeltsin, or Putin, endorsed by predicting the “end of the world!” if Russia were defeated.

Such apocalyptic rhetoric is intended to deter NATO from getting more involved in the war, but the explicit recognition that Russia might lose on the battlefield marked a rare revelation of Putin’s shaken confidence. Putin himself used the 80th anniversary of the Siege of Leningrad to raise the specter of Nazis threatening Russia from Ukraine, the puppet proxy-warrior for the West. Putin said that Soviet forces defeated Nazi Germany’s “genocide of Leningrad” and drew comparisons with how contemporary Russia is fighting “Ukrainian neo-Nazis” in Donbas—where Putin previously accused Ukraine of conducting a genocide to justify his 2022 invasion. His return to nonsense about “Ukrainian neo-Nazis” and the “genocide of Russians” is an attempt to regain control over domestic war coverage.

The current level of Russian desperation is well illustrated by the comments of its sardonic foreign minister, Sergei Lavrov, that the West wants a “final solution of the Russian Question,” a deliberate use of Nazi anti-Semitic terminology as if there were the slightest comparison to be made between the status of 6 million European Jews tragically vulnerable to Nazi genocidists and Holy Mother Russia, a timeless and endless country with a population as great as Germany and France combined.

If Putin is trying to stoke up Russian fires to support a long war, he must see no way to bring the war into successful negotiations anytime soon. The Kremlin has to play to the extreme nationalists who demand blood, and to the weary Russian population who grumble about what happened to that lightning invasion they were promised almost a year ago. To force a satisfactory result, Russia will have to mount an immense mobilization that will be both unpopular and unaffordable, and while Russia has sacrificed with unimaginable heroism to protect the Russian motherland, “Rodyna,” it’s doubtful how much it’s prepared to sacrifice over Ukraine, facing a purposefully U.S.-led NATO.

The next six to nine months should bring this war to an end on a basis that Putin can survive and Ukrainians can celebrate. If Russia will not stand down to this, the war will continue until Putin is gone. Paleo-conservative objections to it in the United States are nonsense. That the West is able to frustrate this hare-brained scheme in the midst of one of the most inept political periods in its history, with only a moderate commitment of resources to spare the West what would otherwise be a thumping humiliation, indicates to all but the most militant atheists that God has taken this most propitious time to bless America again, not in its leaders but in the identity of its adversaries. 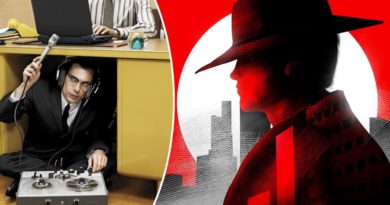 With no accountability, how can US intelligence community keep us safe?