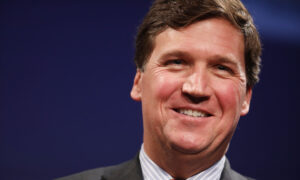 What could be more obvious?

To paraphrase the great screenwriter-director Preston Sturges, “It’s not only dead, it’s decomposed.” (Sturges was referring to “chivalry.”)

James Branford published his “The Puzzle Palace” back in 1982, detailing the National Security Agency’s spying capabilities. They were extensive even then. Now, if we are to believe Edward Snowden—and who wouldn’t—they are virtually pervasive.

The term “unmasking”—revealing, quite often illegally, the identity of American citizens communicating with foreigners under investigation—became commonplace recently through the behavior of such Obama (and now Biden) appointees as Samantha Power who unmasked nearly 300 people, “without any concrete explanation of why she needed this information,” according to a Wall Street Journal editorial.

These “unmaskings,” as I noted, are against the law, and for good reason, but don’t expect anyone to be prosecuted for them, especially now under Garland’s DOJ. Selective prosecution rules the day as never in our lifetimes.

These previous “unmasking” were all going on during the Trump-Russia fiesta of lies for which only one minor official has paid any price thus far—and that a small one.

Which brings us to Fox News’ most-watched, and in my view most interesting, host Tucker Carlson who has been “unmasked” (sacré bleu!) for attempting, evidently unsuccessfully, to obtain an interview with Vladimir Putin.

That might normally be considered “doing his job” but in our mondo bizarro there’s something scandalous about bringing the views of the putative enemy to the public.

As Tucker put it, “I wasn’t embarrassed about trying to interview Putin. He’s obviously newsworthy. I’m an American citizen, I can interview anyone I want, and I plan to.”

He added: “But still, in this case, I decided to keep it quiet. I figured that any kind of publicity would rattle the Russians and make the interview less likely to happen. But the Biden administration found out anyway by reading my emails.”

(FULL DISCLOSURE: Over the years I have appeared perhaps five times on RT, an international TV network financed by the Russian Federation, during which I said rather unkind things about the Russian dictator but was never, to my knowledge, censored.)

The intention, it seems, is to drive the successful Tucker off the air. This is behavior straight out of the USSR and Communist China and it makes me wonder about the role of the relatively new media company Axios in all this.

Why were they chosen to receive this leak? Has Jonathan Swan, the leak recipient, asked himself that? Friendly journalists were obviously carefully picked for early leaks of the phony dossier that spurred the endless Trump-Russia investigation that ran roughshod over the American public for two years and still has not been resolved.

Does Swan think he might also be playing a role in an evil game, as those others ended up doing, consciously or not?

We are all pawns of the intelligence agencies and have been for decades. We must behave accordingly.

Speaking of which, my other FULL DISCLOSURE: I am friendly with Tucker Carlson and text with him occasionally. Ergo: someone has obviously been reading my mail.

Being the normal paranoid (as in that classic definition: “someone who knows all the facts”)—and to save the NSA, Axios, or whoever some time—I quickly scrolled back over those texts, those I could find anyway, to see whether there was anything potentially damaging.

To my relief, and maybe a soupçon of disappointment, there wasn’t much that I haven’t written here on The Epoch Times or elsewhere or Tucker hadn’t said on his show—except that we dissed back forth about one particular television host we both despise. Not wanting to betray a confidence, I leave that identity to the NSA to “unmask,” should they so choose. I bet they won’t.

Kidding aside, however, the seriousness of this matter cannot be over-estimated. It is my fervent hope that a coming Trump or DeSantis administration, no matter when it comes, immediately chooses an attorney general who promises actually to prosecute the unmaskers, all of them and fully. It would be a first step—and we need many—to regaining our privacy.

Roger L. Simon is an award-winning novelist, Oscar-nominated screenwriter, co-founder of PJMedia, and now, editor-at-large for The Epoch Times. His most recent books are “The GOAT” (fiction) and “I Know Best: How Moral Narcissism Is Destroying Our Republic, If It Hasn’t Already” (nonfiction). He can be found on Parler as @rogerlsimon

The Fight for America’s Soul—and Future

Why college students are more anxious, alienated than ever