Now that we’re about five weeks into the Russian invasion of Ukraine, some basic lessons learned can be applied to possible aggression against Taiwan.

I wrote several months ago about not being distracted by potential conflict in Ukraine; the main game was China lashing out. With the “no limits” partnership now in effect between China and Russia, we need to take this arrangement very seriously. China, as the senior partner and Russia as the junior partner, have communicated that anything and everything is on the table for this partnership to topple and replace the United States. This includes nuclear, chemical, and biological warfare. The stakes are now mortal for the world.

It appears that step one of actioning this agreement between Russia and China was Putin’s commitment to China for the seizure of Ukraine in a few short days. I can imagine the over-confident Russian senior military staff and leaders guaranteeing Putin and their Chinese counterparts a “Desert Storm” in Ukraine. One thing the Russians are not good at is showing flexibility and initiative when things don’t work out in warfare, which is normally what happens in conflict.

The debacle of the northern column toward Kyiv being stilled for weeks, the inability of the Russians to project logistics and maintenance support (including bad Chinese tires on their vehicles), the absence of the Russian Air Force, the withdrawal and movement of Russian forces to save their hold on the Donbass, and what may be a successful strike on the Russian Black Sea flagship, all point toward a struggling Russian military.

This failure to deliver quick results in Ukraine will likely affect the calculus of any Chinese direct military action toward Taiwan. I received briefs from the U.S. Intelligence Community on the swift and unquestioned outcome of any Chinese move on Taiwan before my official U.S. government trips to meet with the Taiwanese military. What we have now seen should inspire the Taiwanese, reset U.S. government thinking, and cause serious pause in any Chinese plans to seize Taiwan.

Another intangible, hard to calculate factor affecting a battle or war is the mood and spirit of the warring parties. Although U.S. Intelligence may have accurately predicted an attack by Russia, they also presumed a quick Russian victory. Part of the explanation for the Ukrainian success in standing up to the Russians is the shared, emotional feeling of being a “nation.” Ukrainian President Volodymyr Zelenskyy inspired this feeling and attitude early on when he rebuffed a defeatist U.S. offer of evacuation. Zelenskyy’s instinct to react this way has rightly made him the stuff of legend and history (We still though need absolute truth on alleged Ukraine-related Hunter and Joe Biden corruption and the true nature of U.S. government bio-lab related efforts in Ukraine).

Under President Tsai Ing-wen, Taiwan has developed this same feeling of national identity. Long ago I was told that China feared the day when Taiwanese would feel Taiwanese not Chinese. That tipping point is far in the rear-view mirror. Tsai has shown similar legendary leadership, as has Zelenskyy, in the face of a much larger aggressor. The feeling of being a “nation” can be decisive, as we’re seeing in Ukraine. The conscript and poorly led Russian forces have not fared well in Ukraine; these factors also should strongly favor Taiwan and cause heated debate among the Chinese military staff.

Ability to Generate and Project Force, Logistics, and Maintenance

There are many examples of the failure of the Russians to pull off their own “Desert Storm,” but none is clearer than the attempt to seize Hostomel (Antonov) Airport, to the west/northwest of Kyiv. In the last few days, more reports have come out with details of this epic battle. In the early days of the conflict, Russia landed elite, airborne forces at Hostomel, but then failed to swiftly link up this initial assault with additional, heavier units by ground—a fatal error in any landing of paratroopers behind enemy lines. The failure at Hostomel along with many other indicators of Russian units running out of ammunition, fuel, food, and water over the different invasion routes reflect poorly on the Russians. The Russians failed to achieve Kyiv, only 50 miles by ground, in six weeks against an ill-prepared and under-equipped Ukrainian military and population.

China successfully transiting 100 miles across the ocean, with no amphibious landing experience against a much better equipped, trained, and motivated Taiwan military and civil population, with strong Japanese and American militaries close by, now seem illogical and prone to a similar tragic failure after the experience in the war so far in Ukraine.

One area I received numerous lectures on from the U.S. military and intelligence elements before my meetings with the Taiwan military was the need for Taiwan to dispense with the desire to have “prestige” systems, such as tanks and submarines, and focus on numerous missiles and other asymmetric capabilities such as sea mines, autonomous vehicles, and cyber. I disagreed at the time and still do with this standard American viewpoint to some extent. The missiles and other capabilities have indeed proven quite effective in Ukraine, so these are much needed by Taiwan if a Chinese attack occurs. But the tanks and submarines also have an extremely visible and important deterrent effect, which may help prevent an attack from happening in the first place. If Ukraine was better equipped with some modicum of “prestige” weapons, maybe the foolish Russian misadventure would have never happened.

All things considered, the Ukraine experience so far points toward Chinese Communist Party military calamity and bodes well for the Taiwanese people and nation.

Colonel (Ret.) John Mills is a national security professional with service in five eras: Cold War, Peace Dividend, War on Terror, World in Chaos, and now—Great Power Competition. He is the former director of cybersecurity policy, strategy, and international affairs at the Department of Defense. John is a senior fellow at the Center for Security Policy. ColonelRETJohn on GETTR, Daily Missive on Telegram. 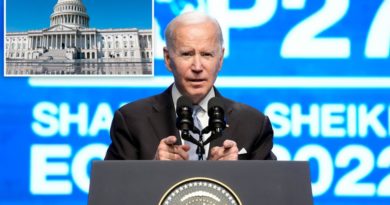 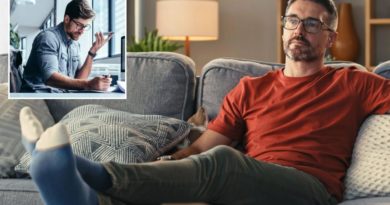 Men ‘not in the labor force’