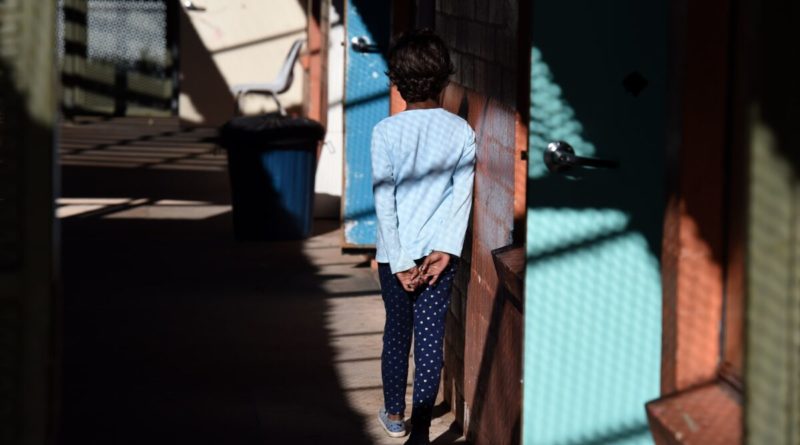 Things are awfully out of balance when youths can hold a community for ransom or have them living in fear.

This is the unfortunate, indeed devastating, social scenario playing itself out in areas of Australia—think the Northern Territory and Queensland in particular.

Crime rates are soaring, communities live in fear, and service providers refuse to enter certain areas—all the while leadership elite keep grandstanding with virtue signalling discussions about equity and inclusion.

Australians, and undoubtedly the vast bulk of those living in the impacted communities, want a peaceful life free from property damage, physical injury, and murder. It is their right to have this expectation and the duty of the government to deliver.

Surely that aspiration is common to all humanity and not too much to ask.

Yet as certain areas of Australia are being ravaged, we have the Queensland Premier Annastacia Palaszczuk, returning from an overseas trip while bus drivers refuse to service people in her electorate in need of public transport.

Isn’t it always the way? Those that are the least empowered suffer the most.

Those with their own cars can escape the rampaging youths at night which sees bus drivers refusing to stop in certain areas or not come to work at all simply out of fear.

Those without a car and/or licence rely on public transport. This lawlessness leaves them even more exposed and helpless. Hardly equitable and inclusive.

In the Northern Territory, we have the spectacle of people from all over Australia flying into Alice Springs to put together a set of words (The Voice to Parliament) allegedly designed to build equity and inclusion, while right under their noses the real-world problems of substance abuse, and violence of all sorts play themselves out.

The communities want law and order restored and not “fly in, fly out” social commentators pontificating about changing the Australian Constitution—to include an Indigenous advisory body—when change on the ground is so desperately needed.

With a 40 percent increase in assaults and 300 arrests in the past seven weeks, Alice Springs residents may be justified in calling for a change to law enforcement and strong local leadership rather than the vacuous virtue signalling The Voice proposes.

No one can tell them how a change to the Constitution will fix things on the ground. And the reason for this inability is pretty clear—they can’t. It won’t.

While there is never one quick solution to the social mayhem caused by rampaging youths, a few reflections may assist.

How did it get to such a sorry situation? Years of being told how bad their society is, that they have rights in every aspect of their lives, but never a word about responsibility and putting others first might just have consequences which are exceedingly ugly.

When we don’t teach virtues and instil them from an early age, when pride in self, community, and country are discounted if not disparaged, there will be a generation which has no understanding of civility, care, and compassion.

Telling them that the problems they face are not their fault (which one suspects may well be true in many cases) but combining that message with the notion they are powerless to change their circumstances leads to alienation, hopelessness, and a lack of purpose in life.

The victim narrative is disempowering and destroys the two lights which needs to shine in every human soul—hope and purpose.

The Better Way to Empower the Youth of Today

Refusing to deal with youths for their crimes simply breeds even greater contempt for the legal system.

Treating kids with kids gloves in the judicial system does no one any favours especially the youths themselves.

The seriousness of their anti-social behaviour has to be brought home to them. Along with serious consequences needs to be the provision of rehabilitation and role models who have changed their way of life.

The notion that the perpetrator is really the victim and is suffering unfairly is hardly going to motivate the essential change of behaviour needed for the individual and society at large.

The message that you are responsible, for you and your actions irrespective of circumstance, is uplifting and genuinely empowering.

A Contrast in Values

A visit a while ago to the Northern Territory provided the graphic contrast of the tale of two Indigenous communities.

Situated only about half an hour apart by car, one was tidy as a pin with well-kept houses. The community was friendly and was willing to discuss aspirations and the future of their children.

The other was noteworthy for car wrecks, damaged homes, litter, and wandering dogs. In short, uninviting to put it mildly.

Both communities had the same disadvantages and advantages. It didn’t take long to realise that it was the local community leadership which made the difference—a life-changing difference for their young.

Emphasis on being a dry (alcohol-free) community, the value of education, and self-improvement were all promoted.

Yet we are told by some that dry communities are somehow inherently racist when it allows, especially the young, to reach their full potential unimpeded by family violence and public disturbances while ensuring there is money for the essentials of life.

It is part of the human story that we will always have crime in our midst. The issue is how do we minimise it.

Strong teaching of the much-needed human virtues with messages of hope and provision of direction and purpose in lives would be an excellent start, rather than a diet of victimhood and identity politics.

Kids gloves just won’t do it for our kids. They deserve better. Much better.

Will the Electricity Stay on in California?

On Getting Our Faces Back