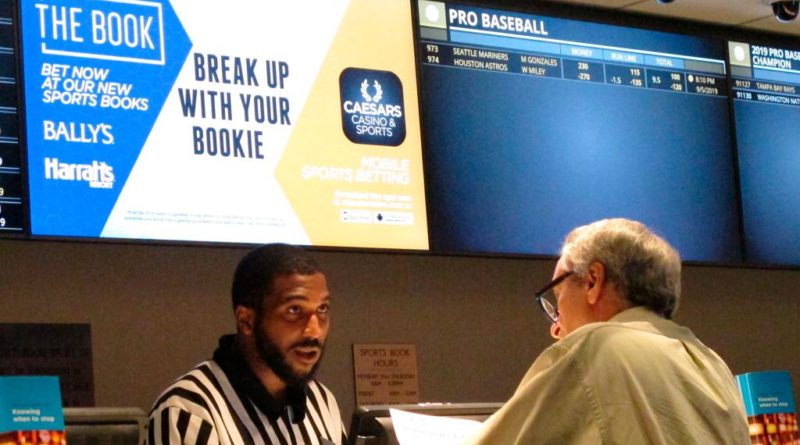 
My Uncle Sol, the bookie, would be in heaven if he were around these days.

Sports leagues are backing betting. Big-time operators are talking about putting a casino into the heart of Times Square, Hudson Yards and Coney Island. You want to gamble outside the casino? You download an app on your phone, you can make a bet.

Sol was an old-fashioned bookie. He had a pencil and paper (which he tucked into the lining of his pants in case the police “pinched” him). He used coded letters when he wrote about money: “A” equals $2, etc. He even had an office (of sorts) in a quiet residential neighborhood in Brooklyn — he paid a nice widow $50 a month to use her basement, which had a refrigerator. And in the butter tray, wrapped in aluminum foil, he kept his bets.

But when off-track betting became legal in New York back in the 1970s, I called and asked him what effect it would have on his business. He was practically ecstatic.

“I’ll do better than ever!” he claimed. “Legal horse betting will lead people into other areas, like football and baseball.” Back then, you couldn’t bet legally on those sports in New York. Sol went on to explain: “When bettors gamble, they lose in the long run. The city won’t give credit. But I will. The gamblers will lose. They’ll need credit. They’ll have to come to me.”

Sol even had one of horse racing’s most famous owners as a client. The fellow, a gambler who once wagered $100,000 on a Jack Dempsey fight, didn’t want the government — or any of the other bettors — to know what horses he was wagering on when he was at Aqueduct. So Sol accompanied him to the track and would book his bets.

Sol was the last of his kind. He and his twin brother, Hymie, who ran the numbers in black neighborhoods, were brought up in East New York, Brooklyn — the same house I lived in. But Sol was not a tough guy. When he wasn’t working, you could find him watering his front lawn. And during the Jewish holiday of Passover, Sol would preside over a huge family gathering.

I once asked him if bettors were afraid of him. After all, in the movies, bookies were pictured as tough guys — who would break an arm or bop you over the head if you didn’t pay up. And one of Sol’s good buddies was a 400-pound enforcer from Murder Inc. days named Tiny Benson.

But Sol claimed that neither he nor his bookmaking cohorts went around beating up deadbeats.

“If we did, guys would be afraid to bet with us, and we wouldn’t be doing any business,” he explained. “That’s all movie stuff. We’re nice guys.”

I know how desperate bettors can get. For a story I was writing on off-track betting’s impact, I attended a Gamblers Anonymous meeting. It was more unsettling than I had expected. The group of seven men and three women talked about how they lived a lie because of their gambling — how their own spouses didn’t know what happened to their money, how the gamblers would make up stories of being mugged or losing deposits on the way to the bank. They’d say anything, do anything.

But in guys like Uncle Sol, they had a sympathetic listener, who gave them credit and who (he said) never threatened.

I recall driving home with Sol after a spending a day with him on his rounds — my pharmacist, the TV repairman, the candy-store owner, the butcher. He had long since moved to Far Rockaway from East New York.

As we drove over the Cross Bay Bridge leaving Brooklyn, he went right through the 15-cent toll without stopping. In fact, the toll-taker even waved good-naturedly at him.

“I give him a bottle of Scotch for Christmas,” explained Sol, as he lit a cigarette.

Sol was the last of his kind. Or was he? Will today’s legal gambling — on your cellphone or in person — create a new kind of bookie? Who gives credit? Who makes a living off the losing of others?

Gerald Eskenazi is a sportswriter. One of his 15 books, “A Year on Ice,” about the New York Rangers’ 1969-70 season, has been fictionalized into a movie.

On Taxi Cab Drivers, Barbers, and Learning the Truth