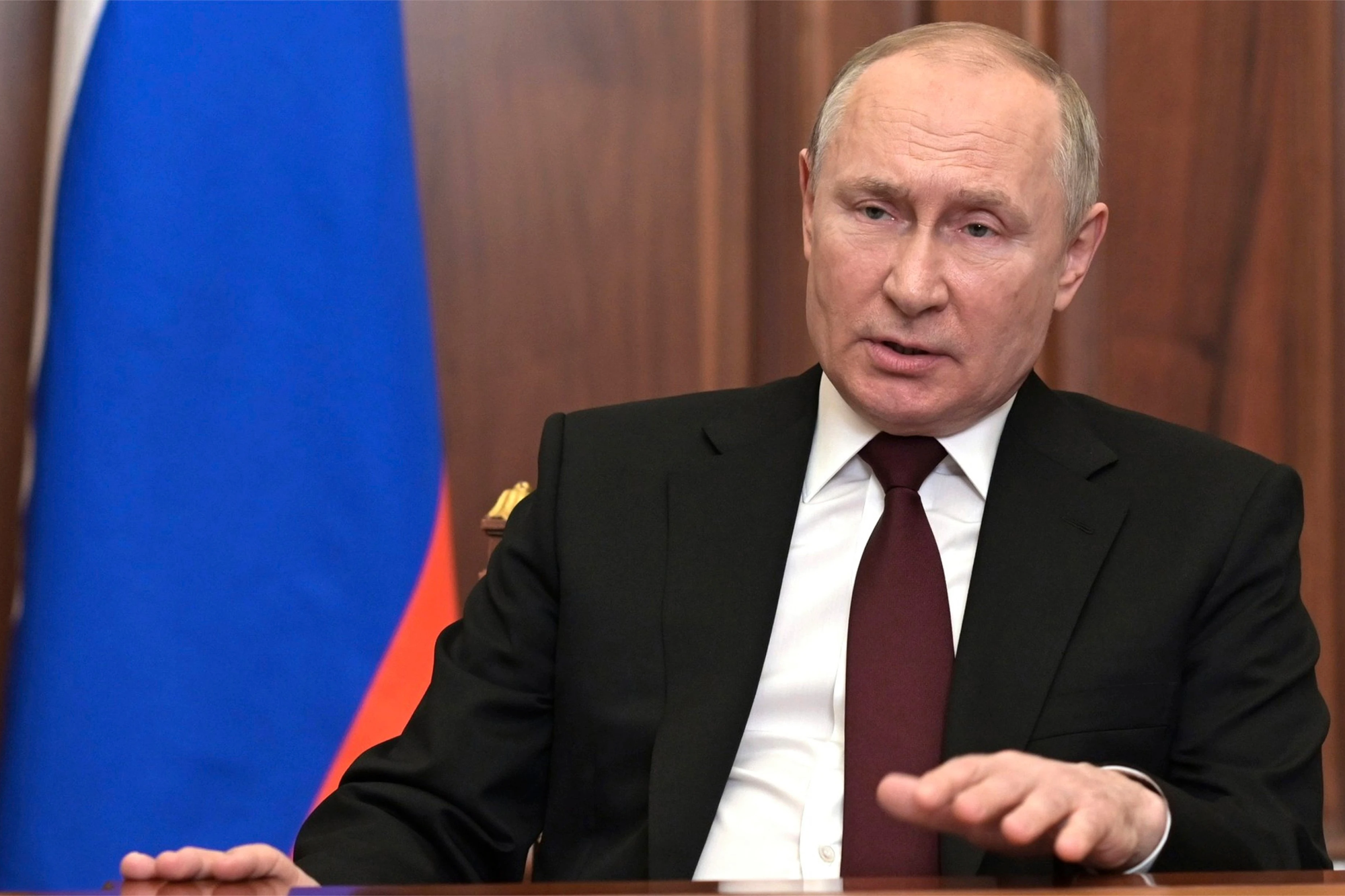 “The Biden administration brought economic sanctions to a gunfight,” cracks National Review’s Jim Geraghty, adding that one of the problems with “using economic sanctions as your primary tool of deterrence is that eventually you’ll run into a hostile foe or force that does not care about trading with the U.S.” Biden’s foreign policy is “an attempt to save, resuscitate and restore the ‘rules-based international order.’ ” Putin, however, “wants to see the rules-based international order fail” and be “replaced with an international order where he makes the rules.” He sees “Ukraine the way Abraham Lincoln saw the Confederate States of America” and “thinks he, too, is on a mission from God — or perhaps fate or destiny.” Does that “seem like a man who can be deterred by economic sanctions?”

From the right: Biden’s “Deaf” to Voters’ Needs

President Biden has been touting “good news but convincing no one,” contend Spectator World’s editors. “He boasts of the fastest rate of job creation” and “claims credit for the rise of the Dow Jones index, the rollout of the vaccine and the revival of the economy.” Yet his “poll numbers have collapsed more spectacularly than any president’s since Jimmy Carter — and then some.” In January, Pew Research found 78% of Americans were “dissatisfied with the way things are going.” Meanwhile, the president is “deaf to voters’ needs and unable to contrive an alternative fix.” He’s “tin-eared about the everyday basics,” such as gas and beef prices and in-person schooling. “Either the administration faces reality and addresses real concerns — or it faces a wipeout in November.”

In a surprise to no one, “small businesses with limited resources were hit hard during the COVID-19 pandemic,” observes Reason’s J.D. Tuccille. “But the worst sufferers included small- and medium-sized businesses owned by minorities, women and veterans who just didn’t have the resources to handle slowdowns and (especially) forced closures.” These businesses had “fewer resources” and limited “access to capital.” Plus, “arbitrary designations during the pandemic of some businesses as ‘essential’ and therefore immune to lockdown orders had a particularly nasty impact.” The key lesson: “Politicians who claim to care about vulnerable populations should keep in mind that those are the people most likely to be harmed by the dictates and restrictions they impose.”

With the Freedom Convoy protests in Ottawa ending, Michael Taube at The Wall Street Journal wonders: “Will Canada return to its peaceful, democratic roots, or will this episode transform it into something more sinister and undemocratic”? Prime Minister Justin Trudeau has acted like “a tin-pot dictator,” invoking the Emergencies Act for the first time against the protesting truckers. Yes, his father Pierre Trudeau applied the law that preceded the Emergencies Act against Quebec separatists. But there’s “a real difference” between invoking the statute against a violent terrorist group and invoking it against “a largely peaceful gathering of people tired of COVID-19 restrictions and lockdowns.” Looks like “the younger Mr. Trudeau has escaped his father’s lengthy shadow — for all the wrong reasons.”

Guess what? A World Inequality Lab study says it’s America that “stands out as the country that redistributes the greatest fraction of national income to the bottom 50 percent,” reports Chris Pope at City Journal. That surely came “as a surprise to the left-leaning authors.” Yet Europe “imposes payroll and sales taxes at rates twice as high” as America. And with far fewer rich people to help pay for its entitlements, Europeans “with modest incomes” get hit harder. The US middle class, meanwhile, gets its “health insurance through employment and most of its retirement through homeownership, private pensions, 401(k)s and other investments,” allowing government aid to go to the neediest. Plus, America “relies heavily on in-kind benefits, which traditional income statistics don’t count, to assist its neediest citizens.”

Rules For Thee But Not For Me