Recent home mortgage rate hikes have created concerns over the outlook for the housing market as well as the economy.  Housing sales are highly sensitive to interest rates.  A downturn in housing starts is among the earliest and most reliable indications of a downturn in the overall economy.

Adding to this concern for homebuilding is the latest report from the Mortgage Bankers’ Association.  The Association’s January Mortgage Credit Availability Index (MCAI) fell to a level of 125, close to its average of the past two years.  The decline is attributed to lenders tightening their lending standards, particularly for borrowers with high loan-to-value ratios and those with lower credit scores.

The MCAI is highly volatile.  It’s up 25 percent from its base year of 2012, but down from 185, where it was prior to the COVID-19 lockdown.  Will the combination of higher mortgage rates and a tightening of credit standards create problems for housing activity?

To find the answer, let’s begin with a historical analysis of housing starts.  The chart below shows the extreme volatility of housing.  Since mortgage rates are a major driver in housing demand, the chart also includes the history of mortgage rates.

The historical data provide two important hints to anticipate where the housing market is heading.  The first hint is the tendency for housing activity to rise sharply before major downturns.  In the early 1970s, the mid-to-late 1970s, and middle 2000s, housing starts soared above two million units a year.  In each case, the housing boom resulted in an excess supply of homes.  In each of these periods, relatively low mortgage rates contributed to the overbuilding of houses.

While the Federal Reserve’s low-interest-rate policy contributed to the recent recovery in housing, activity remains well below the overbuilding of homes that preceded previous housing declines.  There is also no speculator buying binge, which fueled earlier housing bubbles.  The tightening of mortgage lending standards also should help restrict overbuilding.  Real estate agents report the current problem in the housing market has been a lack of inventory rather than overbuilding.

It also is notable that the Homebuilders’ Survey continues to hover near record highs.  This survey provided more than a year of warnings before the collapse in housing in late 2007.

All these indicators suggest housing is in much better shape in 2022 than it was prior to previous downturns.  There is no oversupply of homes, banks have been responsible lenders, and mortgage rates remain extremely low, particularly taking inflation into account.

The main risk to the housing market would be a sudden Fed shift to monetary restraint.  Modest increases in the fed funds rate won’t do it.  The Fed would have to move aggressively to sell securities and also prevent banks from shifting their deposits at the Fed into the economy.

Aggressive moves to hike interest rates and sell securities are unlikely in the runup to November’s elections.  As a result, housing activity should remain strong for at least another year.

Robert Genetski is a public speaker, author, columnist and one the nation’s leading economists. He has taught economics at the University of Chicago’s Graduate School of Business and NYU. His latest book, Rich Nation, Poor Nation: Why Some Nations Prosper While Others Fail. Genetski’s website, is ClassicalPrinciples.com. 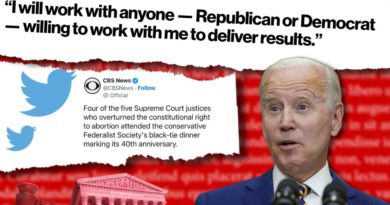