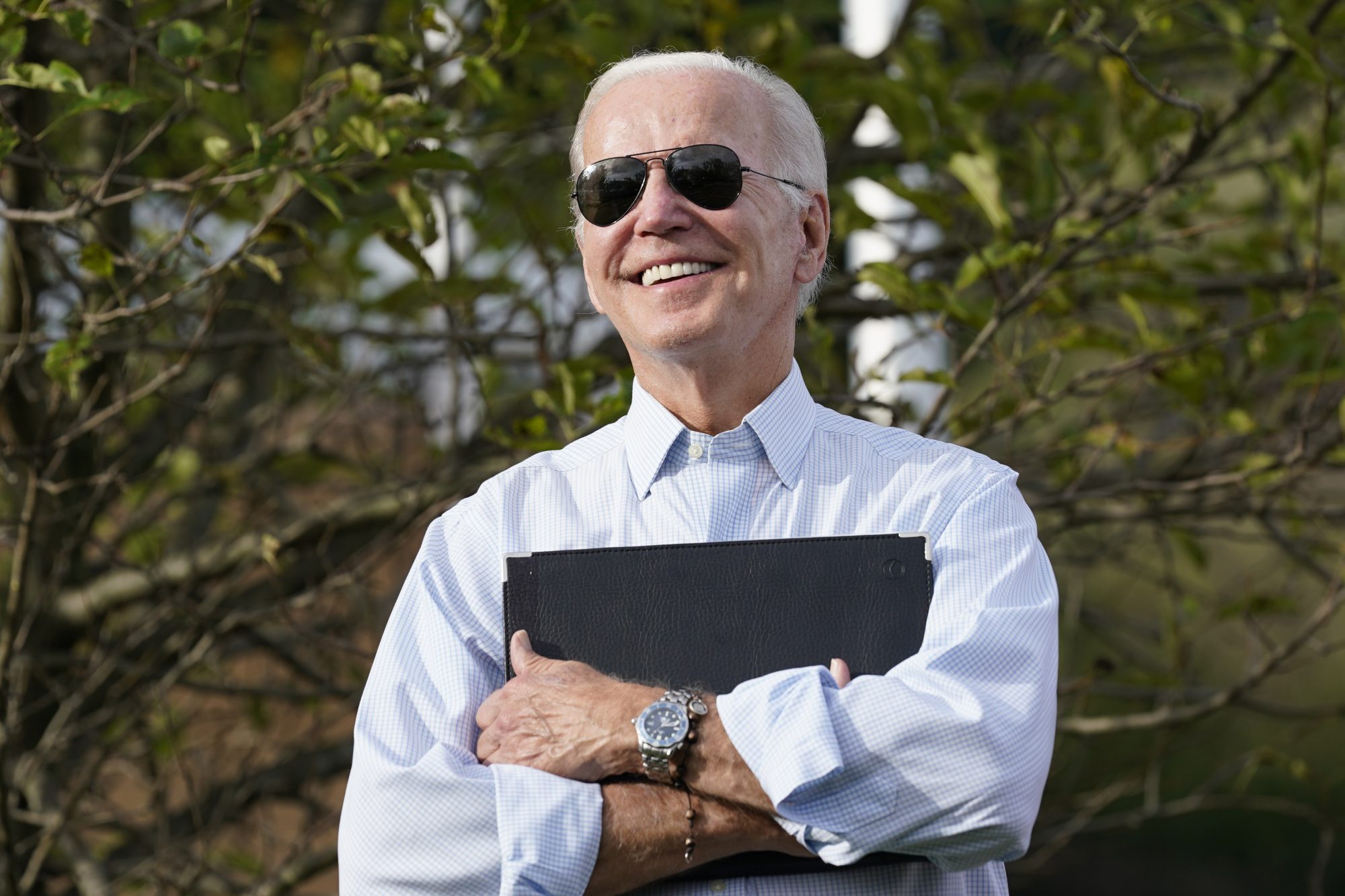 Republican: Wokeism Not a Latino Value

“Woke gender ideology, being so totally antithetical to the Latino language and culture, plays a huge part of why Hispanics are universally turning away from the Democrat party,” Peter Hernandez writes at Townhall. “We are not only a proud people, but a people who didn’t like mincing or especially confusing words,” yet “the left wants to replace Latino with ‘Latinx.’” So “are we to begin to call our sons and daughters by ninx rather than nina or nino?” No: “We must end this abuse of language and stop the disrespect of our masculine and feminine natures. Let’s maintain the proud heritage of the Spanish language.”

President Biden’s speech last week is another move in Democrats’ “political operation in which the threat to democracy is leverage, used to keep swing voters onside without having to make difficult concessions to the center or the right,” argues The New York Times’ Ross Douthat. He blended “dire warnings about Trumpian authoritarianism” with “a strictly partisan agenda that offers few grounds for ideological truce, few real concessions to beliefs outside the liberal tent.” Biden even “conflated the refusal to accept election outcomes with opposition to abortion and same-sex marriage — implying that the positions of his own Catholic Church are part of a ‘MAGA Republican’ threat to democracy itself.” Meanwhile, Dems are “pouring millions in advertising into New Hampshire’s Republican Senate primary, in the hopes of making sure that the Trumpiest candidate wins — the latest example of liberal strategists deliberately elevating figures their party and president officially consider an existential threat to the ‌Republic.”

March for Life prez: Abortion Activists Out of Touch

Since the Supreme Court’s Dobbs decision, abortion activists have sought to “distract” from their “radical” agenda by “painting the pro-life movement as extreme,” observes Jeanne Mancini at The Washington Times. Yet it’s their side that’s vandalized and firebombed pregnancy centers and pushed legislation to “legalize abortion through all nine months of pregnancy.” The Women’s Health Protection Act would’ve even “done away with limits on painful late-term abortions, parental consent laws and bans against abortions based on sex or disability.” Fact is, “Democrats are wildly out of touch” with Americans, 71% of whom support “limiting abortion to the first three months of pregnancy,” as a recent Maris poll showed.

Can incoming British Prime Minister Liz Truss, asks The Wall Street Journal’s editorial board, “lift her Conservative Party and country out of the economic and energy mess into which Prime Minister Boris Johnson has driven it”? She won “with a Thatcherite economic message the party and U.K. haven’t heard from the Conservatives in years. Tax cuts top her agenda.” And she “pushed back against the woke pieties that have swept United Kingdom media and academic elites.” That’s “a major break from the last 12 years of Tory governance,” as “the party began a leftward tilt that culminated in” the Johnson “fiasco” of “ruinous climate pledges and tax increases.” Conservatives became “another party of redistribution instead of standing as Britain’s party of prosperity” — and “failed miserably.”

Schools watch: Behind the Enrollment Plunge

People who “voted in 2020 with unprecedented enthusiasm” for the Democratic Party have “fled with equal gusto the states, cities, and public school systems managed by the Democrats,” marvels Carina Benton at The Federalist. Notably, “families, particularly those with elementary school children, are leaving not only blue zones in disproportionate numbers but are ditching the public education system in droves.” Why? COVID “lockdowns and masking mandates certainly had a role.” Another possibility: “Parents have cottoned on to the fact that their school districts are acting as a united front operation for the Democratic Party and its perverted, anti-family, anti-Christian agenda and are getting out.” They’ve “lost confidence in the public school systems” and “are seeking more wholesome and academically rigorous schooling environments.”

Netflix puts jokes on parade with its own festival