BOSTON (Reuters) – Hedge fund Greenlight Capital said it took a new stake in Twitter last month as the social media company sued to force Elon Musk to buy the company even as the billionaire entrepreneur said he has changed his mind about the deal.

Greenlight founder David Einhorn wrote to investors on Monday that his hedge fund had taken the position, paying an average $37.24 for the stock, according to the letter seen by Reuters.

“At this price there is a $17 per share of upside if TWTR prevails in court and we believe about $17 per share of downside, if the deal breaks. So we are getting 50-50 odds on something that should happen 95%+ of the time,” the letter said.

Einhorn, whose firm gained 8.4% during the second quarter while the S&P500 index tumbled 16%, has a long history with Musk after betting, for years, that electric car maker Tesla’s stock would drop. The two men have often sparred on Twitter.

Now Einhorn is returning for round two with Musk not long after Twitter in July sued Musk in Chancery Court in Delaware to make him complete the $44 billion acquisition, accusing the billionaire of refusing to honor his obligations to Twitter “because the deal no longer serves his personal interests.”

Einhorn argues that the Delaware Court, the most prominent business court in the United States, has reason to force Musk to complete the purchase. “If it lets Musk off the hook, it will invite many future buyers’ remorse suits.”

Over the years, the court has developed case law relating to merger agreements and the “resulting precedent and clear understanding of buyers’ contractual obligations has created a great deal of predictability in this sphere,” Einhorn wrote.

Einhorn said he wrote a few years ago, half in jest, that “the accepted reality appears to be that Elon Musk is above the law.” In a few months, the Delaware Court will rule.

A five-day trial is scheduled for October and Einhorn wrote that he liked the “the risk-reward” that precedent will be upheld, the letter said.

He declined to write about Tesla, which he has not discussed in a letter since 2019.

More generally, Einhorn, whose pronouncements on the economy and stock market have long been widely followed, said “we continue to believe we are in a bear market,” and that the firm is amassing cash for future investments.

In the first half of the year, Greenlight gained 13.2% compared with a 20% drop in the S&P500 index. “We achieved our positive year-to-date result despite being net long in the bear market,” the letter said, noting that undisclosed bets on certain stocks performed well.

Greenlight exited a short position against C.H. Robinson Worldwide, after a modest loss, and liquidated a long bet on Rheinmetall after a 125% gain over a few months as the company benefited from German and European defense spending. 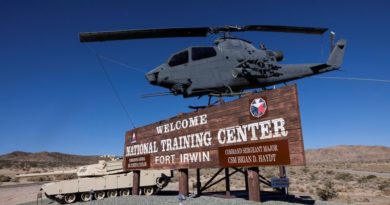