By Victoria Klesty and Paul Sandle

OSLO/LONDON (Reuters) -Britain’s Vodafone and Norway’s Telenor urged policymakers on Wednesday to allow European mobile operators to merge and spend more on networks to keep pace with peers in the United States and Asia.

European telecoms companies face a bill of up to 300 billion euros ($340 billion) to roll out super fast 5G across the continent, a task made harder by regulators demanding multiple operators compete in each market to keep consumer bills low.

Vodafone CEO Nick Read said COVID-19, and the need for reliable, fast networks, had focused the minds of regulators, who had realised the value of investment during the pandemic.

“COVID has really opened the eyes of policymakers to say ‘Have we got this right?’,” Read told reporters after Vodafone published quarterly results.

“And I argue there needs to be a new balance (…) Of course we want competition. But at the same time, we need to encourage investment in next generation infrastructure to remain globally competitive.”

While there are three main telecom players in the United States – AT&T, Verizon and T-Mobile – there are around a hundred in Europe.

“The European Commission needs to adopt a different view here, which allows for consolidation in the European context, or we will become more and more marginalised compared to other parts of the world,” he told Reuters after Telenor posted below-forecast fourth-quarter earnings.

Telenor has 172 million subscribers across Asia and the Nordic countries. From his company’s perspective, consolidation was particularly necessary in fragmented markets in Denmark and Sweden, Brekke said.

“Especially in Denmark, the state of competition isn’t sustainable, and it needs to be consolidated. We have tried it before but weren’t allowed to,” he said.

“We are active on a number of fronts and we are seeing good engagement from our counterparties which confirms that we have a series of potential opportunities to shape the business with stronger assets in healthier markets,” he said.

(Writing by Gwladys Fouche in ParisEditing by Mark Potter) 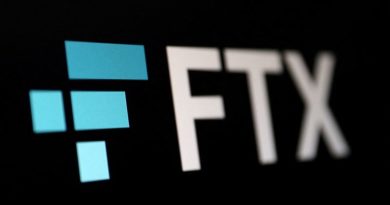